Maurice Ewing talks to Richard Purcell about accommodating unconscious bias in business culture and why risk functions should play a bigger role in navigating the future. 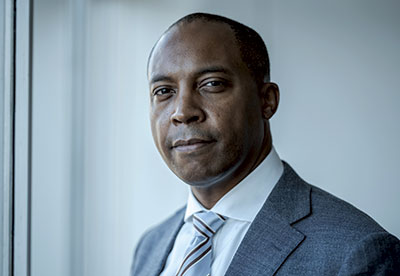 On a short trip to the UK, Maurice Ewing takes time out to speak to The Actuary about his career in risk. It's a career that has taken him all around the world, with a spell in banking before he set up his own consulting firm.

"I started out wanting to become an academic," says Ewing, now managing director of Conquer Risk. After completing his economic and mathematics undergraduate degree, he turned his focus towards doing a PhD. However, once at Princeton University, it soon became apparent that neo-classical economics was "not quite what it used to be". He explains: "I thought economics would be talking about 'big picture' issues, but realised that, over time, the profession had become focused on purely academic questions. What was noticeable was the inability of neo-classical economics to explain financial crises."

This realisation led Ewing to explore the systemic risks that characterised the financial crisis. He examined the bank runs and the role that cognitive bias played - a role he believes was ignored by neo-classical economics, which he describes as being concerned  with analysing the behaviour of a non-existent 'rational man', rather than real, often-irrational human beings.

After completing his PhD, Ewing moved to an academic role at Kellogg-Hong Kong University of Science and Technology. Finding that ideas on cognitive bias were not widely accepted in academia - he points to the struggles encountered by his professor Daniel Kahneman, a  psychologist recognised for his work on the psychology of judgment and behavioural economics, who pushed these ideas -  Ewing left the university and set up his own risk consulting firm, Conquer Risk. Having developed a deep understanding of the models underlying Basel II, he was well placed to make the move into the banking industry.

Ewing has worked on a wide range of projects, including acting as a chief risk officer (CRO), but explains that his work has "shifted away from traditional risk management compliance into work that is related to risk culture, and why people behave in strange ways". Often working with executive committees or boards, he helps them to create a strategically positioned risk function, and also deals with specific problems such as violations of risk controls.

"Many of the problems were linked to risk culture, and I found that I was good at coming up with examples that trick people into falling for certain biases," he says. This approach highlighted predictable and subconscious biases, and so helped to discover why some of the problems occurred.

Our discussion touches on some of the usual tools in behavioural finance, including 'nudging' as a way to change behaviour. Ewing does not share the view that nudging is always the right solution. "We have seen that it doesn't solve problems long-term. For example, if you remove junk food from a menu, customers will still go back to eating junk food after a while," he says.

He also points to the assumption that bonuses led people to take excessive risks in the financial crisis: "It was found that giving people tight deadlines, unrealistic targets, and not giving commensurate bonuses more often led to them breaking the rules."

Ewing is most concerned with people paying lip service to the risk structures in place, saying: "Purely nudging people into things can frustrate, and encourage them to sometimes take a back-door approach. An ideal governance structure is one that people do not need to refer to. Instead, it should incentivise them to do the right thing and manage their own risk."

The creation of little fiefdoms within organisations is another concern. "People look up to their leader, and as a result would tend to make a subconscious choice between following prescribed policy for the organisation and doing what they thought was pleasing to their leader, even without their leader asking." He believes the problem here is subconscious behaviour - sometimes called bounded ethicality - and explains that thinking about how you structure a team is crucial. "Nudging may be one of the only policy instruments we have," he admits. "But I think it needs careful monitoring."

To help monitor risk culture and policies designed to nudge behaviour, Ewing thinks we also need to change key performance indicators (KPIs) so that they are not arbitrarily set and are designed with the people meeting the target in mind. Structuring things so that we don't make quick decisions is also important, he says - "pressurised decisions can raise blood pressure and drive potentially bad decisions".

Ewing published his thoughts on managing biased people in an article for Harvard Business Review in 2013, concluding that: "Biases are pervasive in many organisations, yet we don't recognise them. We wonder why one prescription doesn't work all the time. Our goal should not be to eliminate biases. Instead, we should accommodate them. For example, if you like a particular food that you know is bad for you, you can cut it out entirely - but it is what makes you happy. So you will have a better outcome if you accommodate this preference in some way" - perhaps by cutting down the portion size or cutting out other bad foods to compensate instead.

To accommodate biases, Ewing believes: "We need to adapt what we do for people, including the environment we create for them to work in, rather than forcing people to adapt what they do." 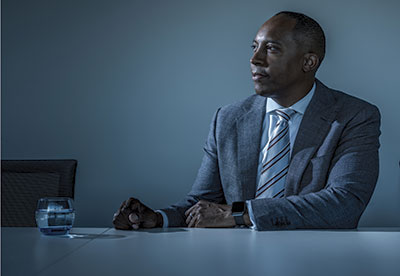 We move on to the role of risk functions, which Ewing thinks should not just focus on downside risk scenarios. "Most non-risk professionals think of downside and something nightmarish when they think of risk".

He believes CROs have an opportunity to anchor people to the right context. "Anchoring a discussion to, for example, the losses made by a company last year may be out of context if others in the firm are now focused on looking forward and how to grow the business profitably. This may lose people," he says. "You don't want to let people have their own departure point, which may be different." Instead, Ewing encourages CROs to provide a forward-looking trend analysis that highlights where the organisation is going. "This provides something others can agree on as a benchmark, so they can start a discussion about the future," he says.

For Ewing, risk is all about the future, with both upside and downside variability. "Let's come together and agree what that range of possibilities are like," he says. He is also a firm believer that CROs should be rebranded as "chief navigation officers", envisaging their role as "helping firms to look forward and navigate strategic obstacles. While they should not be there to replace strategy, they should be present in a strategy setting." Through doing this, and moving away from the detail of tactical work, he believes risk functions can add more value to firms and be seen as value producers for the business.

Actuaries in the frontline

Although not an actuary himself, Ewing has gained the Financial Risk Manager (FRM) qualification; I ask him how he thinks the actuarial qualifications stack up. He believes that the Chartered Enterprise Risk Actuary (CERA) qualification is similar to FRM, and says "the actuarial qualification is more serious, and geared towards a deep education in risk and being an actuary. The curriculum for CERA seems to include everything you will find in the FRM exam, except case studies relevant to banks, perhaps." He believes that CERA is geared towards making sure actuaries can help the business at an executive level, and that this is missing in other qualifications.

"Other qualifications are more geared toward quant specialists who work with data sets, maybe have programming skills and put together an analysis directed towards specific risk applications. CERA has this, but helps an actuary be and remain relevant."

Ewing firmly believes: "Actuaries are in that interesting position, because they can be in the front line. That is a positive thing for actuaries. You have a chance to say 'we are the navigators', especially in insurance."

We end our conversation discussing what helps people succeed in risk positions. He refers to a recent survey from the Global Association of Risk Professionals: "It shows that high cognitive skills are actually not as useful or pivotal in becoming an executive as non-cognitive skills such as communications, collaboration, and so on." For Ewing, it is these skills that make all the difference in helping quantitative work to be understood and, importantly, they are skills that can be learned.

This article appeared in our October 2018 issue of The Actuary.
Click here to view this issue
Filed in:
10
Also filed in:
Interviews
Topics:
Careers