Insurance penetration in Latin America and the Caribbean

Ricardo González reports on the state of insurance penetration in Latin America and the Caribbean, and the key factors that will influence it going forward 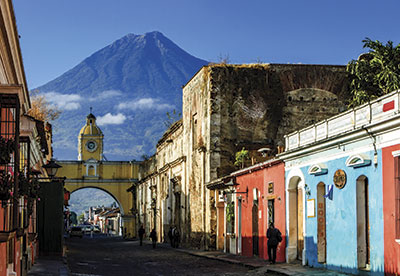 Latin America and the Caribbean account for 3.1% of global insurance premiums, although the current population of the region exceeds 652 million people - representing 8.6% of the world's inhabitants, according to the United Nations World Population Prospects. However, insurance penetration (premia/GDP) has grown steadily during the last few decades. This trend is in line with the emerging markets average, and differs from more mature markets such as the US, Canada, Japan and the EU, where the aggregated insurance penetration has been around 8% of GDP in the past few decades.

Although the gap is closing in Latin America and the Caribbean, penetration levels are still far below those in developed markets.

Brazil and Mexico are the biggest markets in the region, measured by premia. However, in terms of penetration, Puerto Rico and Chile show higher ratios due to the role of the insurance industry in their respective health and pension systems.

There are several factors that explain the different degrees of maturity in Latin American insurance markets, which we examine here. 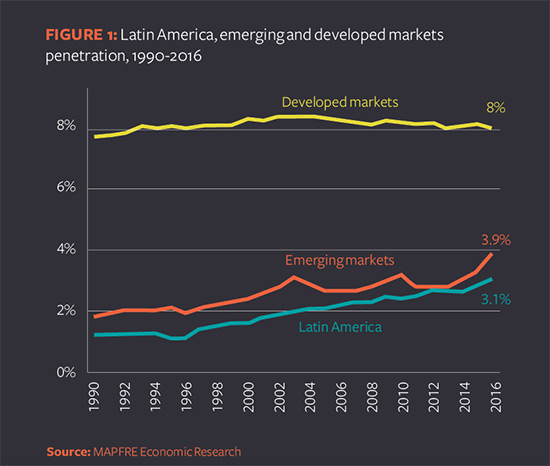 Financial stability is another key factor. Stable inflation, interest and exchange rates are desirable for the insurance industry, as they support predictability of income, cost of claims and capital requirements. This is particularly relevant for developing life insurance savings and annuity products, which are especially sensitive to volatility and require larger amounts of capital and infrastructure.

Some countries in the region, such as Brazil, Chile, Colombia, Mexico and Peru, have already improved their economic environments - but there is still room for the structural reforms that would help their insurance industries grow towards the levels of penetration typical in other, more developed markets. 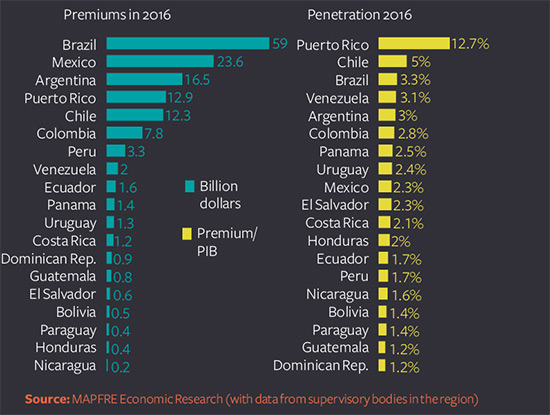 The convergence process towards risk-based regulations in the region tends to be gradual, and develops in parallel to the industry's and regulators' implementation capacity. Risk-based regulations allow for more efficient allocation of capital, and foster professional management. However, the right development of market infrastructure is still needed.

The rest of the markets in the region, although maintaining regulation based on the Solvency I model, have made some progress in transitioning towards risk-based regulations. For example, Puerto Rico applies the US's Risk-Based Capital standard.

Capitalisation levels on Latin American and Caribbean insurers show large dispersion. Insurers in smaller markets, such as El Salvador, Panama, Costa Rica, Paraguay, Honduras or Guatemala, tend to be over-capitalised. However, insurers in larger and more developed markets, such as Brazil, Mexico, Chile, Peru and Colombia, show capitalisation levels broadly consistent with those of their peers in developed markets.

Focusing on combined ratios, approximately half of the insurers show combined ratios above 1. This is not necessarily a concern, as risk-free interest rates in these economies are often high enough to compensate for the operating loss.

However, in most Latin American markets, a higher portion of the premium is used to cover operating costs, when compared to more developed insurance markets. The operating expense ratios (management and acquisition costs as a proportion of the annual premia) of most Latin American markets significantly exceed those of the mature markets. There is, therefore, scope to increase efficiency in terms of expenses and the relative share of the premia used to pay insurance claims. This would contribute to better fulfilment of the insurance function of risk improving, and for public perception of insurance companies in the region. 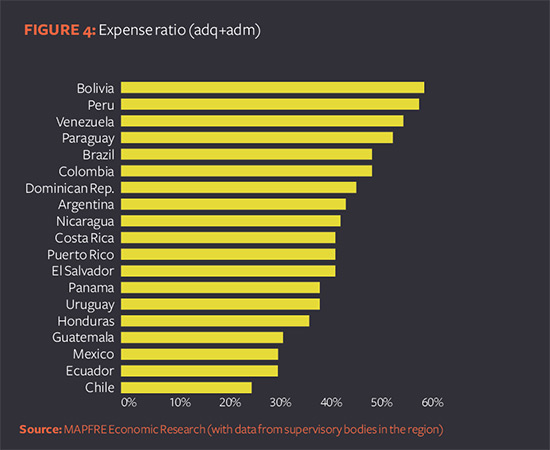 A common feature in the region is the regulatory requirement of prior registration or product or rate approval by the supervisory body. Overall, there is still a long way to go before more efficient and flexible mechanisms are found to reduce the time and cost involved in bringing new products to market. The countries that have introduced more modern regulatory systems tend to reduce most of the requirements, in line with the progress made in terms of risk management and the transfer of responsibilities to entities' management bodies.

In general, there is a predominance of traditional channels (agents and insurance brokers) in the region. However, in Chile, Mexico, Bolivia and Peru the growth of new channels (bancassurance, distribution agreements and digital channels) has resulted in a more balanced approach to distribution of insurance products. 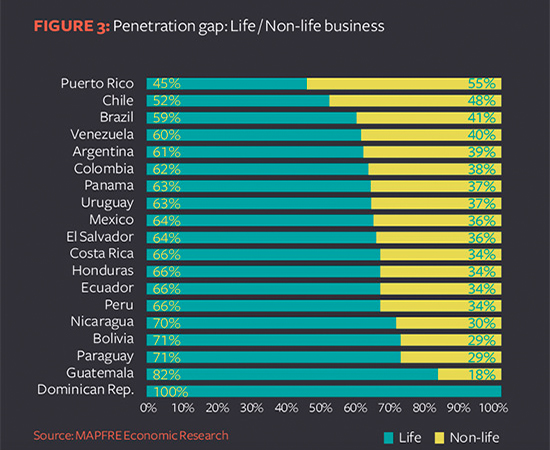 There are also several structural factors explaining the lower penetration of insurance in Latin American economies. These include, among others, the implementation levels of mandatory insurance and the lack of public-private collaboration schemes, tax incentives and financial education.

Brazil introduced tax incentives for insurance savings products, demonstrating its capacity to stimulate the growth of insurance demand in the short and medium-term, and consider the steady growth of its life insurance market.

Public-private collaboration schemes are contributing to increased insurance penetration in some of the markets in the region, with the implementation of public policies that allow the insurance industry to participate in specific areas of economic and social activity.

This is the case in Chile, where the private sector participates in the pension and health system, and in Puerto Rico, where the provision of health services is similar to the US system.

Finally, initiatives in the areas of financial inclusion and education could also help to stimulate insurance demand in the medium and long term.

Ricardo González is an economist at MAPFRE Economic Research, based in Madrid

This article appeared in our July 2018 issue of The Actuary.
Click here to view this issue
Filed in:
07
Topics:
General Insurance