Routes to the top

In the first instalment of our routes to the top series, Bradley Shearer talks to four senior executives and managing directors about their career journeys, and shares their practical professional advice 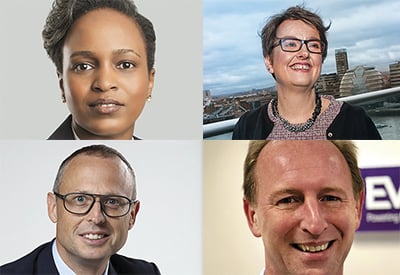 In line with our theme of lifelong learning and career development, this series of features showcases a range of actuaries who have reached breathtaking heights in their careers. It shares a variety of experiences, setting out their routes taken, their reflections on the journey, and guidance for others wanting to follow in their footsteps. These accomplished leaders run businesses in sectors as diverse as life insurance, health, banking, consultancy, non-life insurtech, financial advice/planning and technology. While by no means a complete list nor a representative sample of actuarial executives, we trust that their vignettes will inspire you to reflect on your own career and aspirations.

Ndivhuwo Manyonga was the first black African female actuary in South Africa. After university, she worked in a group assurance role while passing her exams. She moved to roles as a risk benefits consultant and pensions consulting actuary, followed by "a conscious decision to leave mainstream corporate life to spend time with family and embark on some self-discovery" while doing independent employee benefits consulting

In 2012, she joined Aon Hewitt as deputy CEO, and later became executive head of Aon Employee Benefits. "This was a period of growth as a leader and it also afforded me international exposure and an opportunity to work with people from different parts of the world." Last year, she moved from Aon into the role of CEO for the South African direct insurer the Federated Employers' Mutual (FEM), which provides workmen's compensation to the construction sector.

Ndivhuwo likes "the opportunity to lead and grow" and FEM's "strong focus on education through the FEM Education Foundation", which she chairs. She's also performed board roles as an executive and non-executive director. 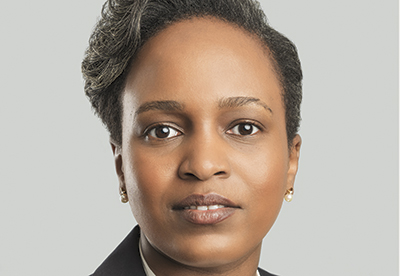 Like Ndivhuwo, Fiona Dunsire has a consulting background. When joining Mercer from university, Dunsire chose to "put the odds in her favour" by relocating from Scotland as Mercer was hiring more graduates in London that year.

Fiona moved from the pensions actuarial team to the investments team after qualifying because she saw "opportunities in a smaller but rapidly growing business area". Its diversity and flatter structure also appealed. Over time, Fiona became the business leader for the UK Investment Consulting business, and has been Mercer's UK CEO since the end of 2012. All previous CEOs had pure pensions actuarial backgrounds, and Fiona has steered a significant strategic change, as Mercer now covers "all aspects of people and benefits" - providing advice to companies, individuals and trustees across health, wealth and careers. Fiona has thus spent her entire career to date at the same organisation - the only one of our contributors to do so.

During her career, Fiona enjoyed four months in Northern Spain on a sabbatical. Looking back, she sees it was a great opportunity to allow her team to step up. She is a firm believer that "there is no straight line career path": after running the Investment Consulting business, she handed the leadership over to someone new, and moved to become senior client leader herself. At the time, it wasn't clear to her what her next role would be, although she was sure "something would come along" - and it did: the CEO role

When reflecting on the actuarial qualification, Fiona highlights the credibility it brought her as a young woman in a room full of largely male trustees, and the element of critical thinking it engenders. 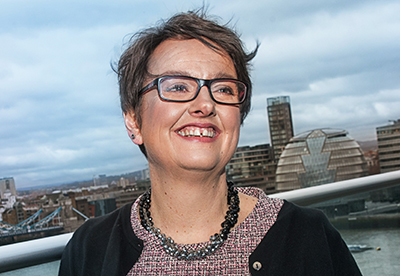 Group head of insurance for HSBC

Bryce Johns has been based in Cape Town, Mumbai, London, New York and Hong Kong, and travelled widely for work. After roles in socially responsible investing and product and financial risk management in South Africa, Bryce felt "wanderlust, and wanted to be stretched commercially and culturally". Moving to India for a "seat at the exco table" of an insurance joint venture, he wore varied hats, covering CIO, product and appointed actuary. He enjoys "highly commercial/startup environments within the context of a financially strong sponsor and access to smart people.

Bryce then moved further East and joined Manulife in a regional Asian role. The financial crisis led to him "pivoting to company valuation and M&A work", followed by building Manulife's regional Wealth Management business. He then relocated to London to join the Old Mutual executive committee, heading product.

When Old Mutual sold its international businesses, Bryce realised his heart was in Asia, and called on his personal networks to get back. He joined Citibank as global insurance head, where he "helped forge the landmark AIA bancassurance partnership across Asia", before shifting to run branch distribution in a sales and development role.

In 2016, approached to lead the insurance "Manufacturing and Partnerships business" of HSBC, Bryce joined its global retail banking and wealth management executive committee. He references success factors as "opportunities through networks", "restlessness to push myself in very different arenas", "constant curiosity", "in-business and regional/global experiences" and "finding your niche" - in his case, straddling banking, wealth management and insurance. 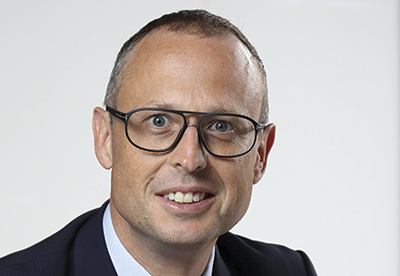 Paul McNamara is a seasoned CEO among our contributors, having led multiple organisations across sectors.

Paul first worked for New Ireland Assurance and the Bank of Ireland, which funded his MBA at Cass in London. He remains a member of Cass' MBA Advisory Board. Post-MBA, he joined McKinsey, and then AXA UK as group strategy director. Subsequently at HBoS, he was MD of Marketing and Distribution for long-term savings, including CEO of Clerical Medical International. He's also been MD of Group Strategy and Corporate Finance at Standard Life, MD Insurance and Investments at Barclays, and CEO of the IFG Group (parent of James Hay and Saunderson House). Appointed CEO of EValue last year, he is now transforming the company from a consulting to a technology business.

He's always "embraced change, especially implementing a new strategy or shaping the future direction of a business." Paul particularly likes problem solving, seeking opportunities for business growth or profitability improvement, and enjoys working with motivated people who are open to change. His actuarial qualification has helped him to consider effects of decisions over the long term, and he is proud of the profession's ethical focus on the public interest.

People development has become more important as he's progressed: how to coach and mentor individuals, passing on knowledge and experience. He has benefited from both having a mentor and being a mentor, and keeps in contact with past colleagues, including his McKinsey alumni network.

Paul's counsel for us

Some great advice and inspiration from the first four CEOs and MDs featured in this series, with their varied career paths stretching across a number of continents and disciplines. The common themes among their answers included:

The next instalment in this series will feature the routes and reflections of several actuarial life and health leaders. We look forward to sharing their stories.

Bradley Shearer is executive director of Protagion, which offers active career management and development services for qualified professionals, including actuaries.

This article appeared in our July 2018 issue of The Actuary.
Click here to view this issue
Filed in
07
Also filed in
Interviews
Topics
Professional