Signposts to success from Michael Green

Michael Green talks to Gemma Gregson about the Social Progress Index, explaining how it can benefit society and monitor progress against the UNs Sustainable Development Goals 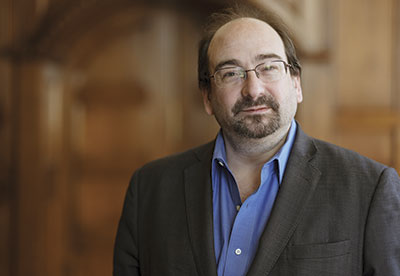 Michael Green is the chief executive officer of the Social Progress Imperative, a not-for-profit organisation that has developed an index of social and environmental indicators that complement GDP as a measure of a country's success. "The big idea with the Social Progress Index is that we measure social progress independently of economic progress."

The seeds of thought for the index were planted when Green co-authored a book with The Economist's Matthew Bishop about the 2008 financial crisis. "One of the things we talked about was the way that the financial crisis was a crisis of measurement. Not just measurement in terms of the balance sheet of Lehman Brothers, but also of the whole way of valuing success in our societies. It was really from there that we started to think about this 'beyond GDP' measurement space from which the Social Progress Index emerged."

The idea gained traction at a World Economic Forum (WEF) meeting. Inspired by the WEF's economic Global Competitiveness Index, Bishop suggested an index that would encourage countries to compete on who delivers the best quality of life. Several attendees at the meeting liked the idea, which led to the formation of the Social Progress Imperative.

Green is keen to point out that the Social Progress Index is robust. "The world has too many indices and a lot of them are rubbish," he says. "We had a very clear sense of doing proper, robust work. We were very honoured that one of the members of our advisory board, Scott Stern, is a professor at the Massachusetts Institute of Technology. He makes sure that the work we do is the best-in-class and has proper econometric foundations. We also approached Michael Porter, economist and professor at Harvard Business School in the US, who accepted our offer to chair the advisory board."

Although there are other indices that include social performance indicators, Green explains that no one else has produced a measure of social performance independent of economic indicators. "We measure social progress independently of economic progress, not because we think the economy doesn't matter, but because then we can look at the relationship between economic and social progress, and try and unpick this question of what 'inclusive growth' is. In so many places we are seeing the economy growing but people's lives are not getting better."

Although there are differing views of what 'inclusive growth' means in practice, the concept is centred around the idea that economic growth benefits all areas of society. Measuring social progress is key and the first challenge for the Social Progress Imperative was to define it. Drawing on existing literature and understanding of what makes a good society, a framework consisting of three basic building blocks was developed. Green explains: "The first is does everyone have the basic needs for survival: food; water; shelter; safety. Secondly, does everyone have the foundations to build a good life: education; access to information; good health; a good quality environment. Thirdly, does everyone have the opportunity to pursue their hopes and dreams, so: rights; freedom of choice; freedom from discrimination; and access to higher knowledge."

The Social Progress Index provides an opportunity to really make a difference in the world. Explaining that initial efforts were focused in Latin America, Green says: "The first country in the world to adopt the Social Progress Index formally into its planning process was Paraguay. It has a national plan which has a GDP target and a social progress target. One of the goals is to eliminate child hunger by the end of the year and with that target in sight, there are budget allocations, so this has very much cascaded through the national planning process."

Elsewhere, India has adopted the index through its policy thinktank, The National Institution for Transforming India (NITI Aayog). The work in India also demonstrates that a number of sub-indices have been developed to allow countries to analyse their performance profile in more detail. "India is interested in how to compare the performance of each state on these measures, as well as how to track performance against the Sustainable Development Goals (SDGs)."

Green explains that, although the Social Progress Index doesn't look like the SDGs, they are conceptually well-aligned. "The SDGs are a massive achievement, but they were a political compromise," he says. "If you try to make an index out of the 17 SDGs, it wouldn't be very robust. The Social Progress Index works as a decent measure of progress against the SDGs and, critically, it's one that can measure the whole package. One of the big risks of the SDGs is we are going to end up focusing on just a small number of those we can measure."

The SDGs build on the success of the Millennium Development Goals (MDGs) that were established in 2000 to improve the lives of the world's poorest people. Green is concerned that the strategies used to meet the MDGs won't work with the SDGs. Describing some analysis conducted in 2015 by professional services firm, Deloitte, Green says: "The question we had was 'how much social progress could we buy with GDP growth and would that get us to the SDGs?' The results were incredibly disappointing in terms of what economic growth is going to get for us. I think the story there is that we have used up the quick wins and I think we have sent out a very clear warning that the world will come nowhere near achieving success with the SDGs through economic growth alone."

Green is clear about what is needed to achieve the goals: "The SDGs have got to be about a productivity revolution in how we use our resources to deliver well-being for citizens," he says. Believing that innovation is needed he adds: "There are two sets of problems in the world. The first are problems that are already being solved, such as nutrition, water, sanitation and education. There is a tight correlation with GDP per capita and we just need to push enough resources down the pipe. The second type is the unsolved problems around environmental policies, health and wellness, and tolerance and inclusion where there is no correlation with GDP. We need innovation to see what the solution is."

The Social Progress Index can help by providing insight into how the SDGs can be achieved, which can then be used as the basis of an action plan. Around the world, groups of countries have different challenges and the index provides countries with a means of comparing their performance with their peers. Denmark outperforms other countries, but Green doesn't think it is appropriate to use it as the standard by which all countries are compared. "When we look at which countries overperform on social progress relative to their GDP, it's not Denmark or any of the other usual suspects, it's Nepal, Malawi, Costa Rica and Ghana. That's important to say, because it's a group of developing countries doing a really good job, which sometimes gets forgotten, and it provides much better examples of peer learning for the poorest countries."

It is not just developing countries that the index can be used for. In England, a project is being launched in the summer in Barking and Dagenham, results for US states were published in April, and an index developed by the Social Progress Imperative is being used to support the European Union's cohesion policy.

The index is also being used to shape policies for businesses. For example, Coca-Cola has been using it to think about the communities that are important to their supply chains. "The Social Progress Index is helping Coca-Cola, not just in its own corporate social responsibility but also to have a dialogue with the other actors, both public and private, to come up with consistent plans. And that's been one of the real strengths of the index - it has created a common language that can bring different stakeholders together around what are the greatest needs of our community."

Hopes for the future

Green believes that businesses have a key role to play in social progress through the capital markets. "If we think about how the world is going to move on a more positive path, it's going to have to be the capital markets that drive a lot of this effort. It's tough in politics because the short term is so powerful. Capital markets can think longer term. If we had the bond markets pushing the government to do things that make more sense, this would be a help to both government and long-term, economic success. I think that's a critical lever in our success."

Looking ahead to the future, Green has lots of plans and thinks there is an opportunity for actuaries to get involved. He says: "This is a great opportunity to speak to the actuarial community and think about what we have to do with the data so that it can start influencing decisions. We see all our data as a global public good and we love people to go away and work with it because experts will always use it better than we can. We know there are issues that actuaries have solutions to, so we are open to offers and ideas."

The Social Progress Index aims to track social progress over time. By offering policymakers a way to think of lots of different issues in one framework, it can also help inform discussions around priorities. Investment in the MDGs has already made a positive difference to the world and through initiatives such as the Social Progress Index and the SDGs, further steps are being taken for the future. While there are still many issues to be addressed, it is important to remember that changes are being made for the better.

Green sums this up by saying: "The areas of risk are around human rights and measures of inclusion and tolerance, which have flatlined or got worse over the last five years. That is a concern but there is a lot of potential for progress.

The data highlights that the world is moving forward. People have a misconception about how bad things are and don't see how much things are changing."

This article appeared in our June 2018 issue of The Actuary.
Click here to view this issue
Filed in
06
Also filed in
Interviews
Topics
Environment