The losses nobody saw coming 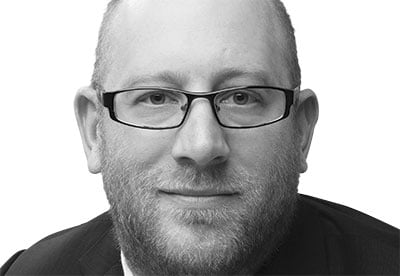 In the reinsurance industry, we're trained to expect the unexpected. Strategic planning, capital management, and regulatory compliance require that even the most remote risks be contemplated. However, no view of the range of all possibilities is perfect. Sometimes a particular risk falls through the cracks. Fortunately, even when such events are severe, they provide fantastic learning opportunities when small enough to be absorbed by a company's balance sheet and operations.

Over the past few years, the team at PCS has seen a growing number of these unexpected events across both property-catastrophe and specialty lines of business.

Even before the three hurricanes of 2017 made landfall, there were signs of change in the US catastrophe market. Many insurers and reinsurers saw hail events as likely to be smaller and more manageable. Yet the magnitude of those events in the US has crept higher over the past few years. In 2015, PCS recorded two events with hail that had combined industry-wide insured losses of at least US$1bn. The following year, we saw four events at that level, with 2017 ultimately reaching seven. Over that period, PCS reported on three events with hail that had insured losses of at least US$2bn.

While the increase in large hail events may not have caused alarm in the global reinsurance market, it should at least indicate that reinsurance contracts can be impaired by events other than hurricanes and earthquakes. Perhaps the greatest example of an historically 'small' peril having a disproportionate impact is the Fort McMurray wildfire. The largest insured loss on record with PCS Canada, the fire caused C$3.98bn in insured loss in Alberta in 2016. It was taken as an outlier, so nobody seemed to think that a larger wildfire could occur soon after. Yet that's exactly what happened. In the fourth quarter of 2017, the Tubbs wildfire in Northern California resulted in more than twice the insured loss caused by the Fort McMurray fire the year before.

Outside North America, the trend continues. PCS Turkey has reported on three events since launching the service in 2015 with the Istanbul Underwriting Center - all of them unexpected within the realm of the unexpected. Historically, the only events on record with PCS Turkey (going back to 1999) that exceeded the TRY30m catastrophe designation threshold were earthquakes and floods. 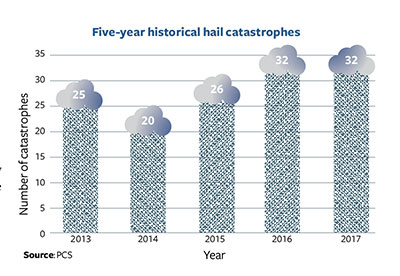 In 2016, we designated our first new catastrophe event, a terror attack in southeastern Turkey with aggregate insured losses of around TRY500m. Low insurance penetration and insured values made reaching the threshold extremely unlikely. Last summer, the surprises in Turkey continued, with a pair of hailstorms striking Istanbul and causing TRY1.3bn in insured loss. Although the hail intensity would look familiar in Texas, it was unprecedented in Turkey. What does this all mean? Should insurers and reinsurers hedge everything from a landslide in Amsterdam to an alien pandemic? After all, the US Navy has reported an increase in the sightings of unidentified flying objects.

Some restraint does make sense when trying to anticipate that which, by definition, can't be anticipated. However, it seems that the scope of what's possible is widening - and that our industry should be ready for a broader diversity of significant threats to capital. The key is to arrive at the right balance between the absurd and the imminent. In between, you'll find that point where you can optimise capital allocation to drive profitable growth.

This article appeared in our June 2018 issue of The Actuary.
Click here to view this issue
Filed in
06
Topics
Reinsurance