The implications of Brexit for UK insurers go beyond passporting rights and access to the single market. Jennifer Strickland and Kyle Audley look at some likely regulatory developments 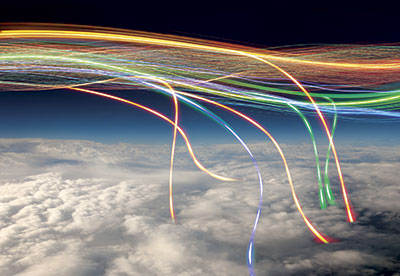 Brexit is likely to have a large impact on the insurance industry, in areas such as legal changes, regulatory developments and shifts in the demographics of the UK's insured population. The approach taken towards Solvency II, in particular, will be a key determinant of the future of UK insurance regulation, and the UK may choose to refine its approach once outside the EU. Three potential approaches to regulation would be: mirroring Solvency II; a Solvency II equivalent regime; or a modified regime that diverges materially from Solvency II.

The extent to which the principles of Solvency II are desirable in a post-Brexit UK should be considered. These principles are:

The market may remain invested in the latter two. However, European harmonisation may no longer be an important consideration for the UK market, particularly given the differences that already exist between EU members' application of the regime. Given that the UK was influential in the development of the regime, many aspects of Solvency II are tailored to reflect the economics of insurance products sold by UK companies.

Maintaining the status quo by retaining Solvency II would ensure continuity of the regulatory environment for firms. Having recently adopted Solvency II, and bearing in mind the transitional measures in place for many firms, the introduction of a new regime could bring about significant costs. It could also present the complicated issue of how to avoid a shock to insurers' capital requirements and balance sheets.

Insurers may have little appetite for such changes, particularly so soon after the introduction of Solvency II. Additionally, upon exiting the EU, the UK is unlikely to continue to serve as a voting member of the European Insurance and Occupational Pensions Authority (EIOPA) Board of Supervisors. This 'seat at the table' is essential in order to actively influence regulation. And, without a UK presence in these developments, some of the aspects of Solvency II that were originally introduced with the interests of UK insurers in mind may be at risk of change in the absence of the UK's influence.

Solvency II equivalent status may be granted between comparable aspects of two regimes on a temporary, provisional or full basis. For example, the US has been granted equivalence on a temporary basis, and the Bermudian and Swiss regimes have full equivalence. Regime equivalence does not require the regimes to be identical. However, given the UK currently has a fully compliant regime, each step change in UK regulation would represent a move away from a full replication of Solvency II. This means that arguments against equivalence may be made more plainly, as individual differences are more identifiable. Fundamentally, the extent to which the UK can modify the existing regime would be limited by the need to maintain sufficient consistency to retain equivalence.

By maintaining equivalence, the UK can avoid being subject to the rules and treatment of a 'third country' under Solvency II. This allows EU-domiciled groups to report on their UK business using the local solvency regime, and would avoid additional work for groups based in the EU with a UK subsidiary. If the UK were to be recognised as a 'third country' under Solvency II, the capital requirements relating to UK exposures may become more onerous, as unrated counterparties in a 'third country' incur a greater counterparty default capital requirement for those insurers under the Solvency II regime.

There are two ways in which the UK could start to diverge from Solvency II while potentially retaining equivalence: by opting out of new or amended EIOPA regulation; or by proposing new regulation domestically. A change in one regime that is not reflected in the other will lead to less similar regimes.

The Prudential Regulation Authority (PRA) may also elect to use the additional freedom afforded by Brexit to permit a looser interpretation of Solvency II rules, and regulatory effort may focus on those aspects most material to the UK market. For example, the matching adjustment is more heavily employed within the UK than in many other EU countries, and the PRA has publicly disagreed with the risk margin methodology. These may therefore be areas of focus.

The gradual 'drift' over time of a modified Solvency II approach may ultimately result in losing equivalence. The ultimate decision to revoke equivalence can be effected by either side. Alternatively, the UK may propose an entirely new regime. Nevertheless, we note that Solvency II bears a strong resemblance in many ways to the historical UK individual capital assessment methodology, which may form the basis for any new regulatory regime.

The overall framework of Solvency II could be retained without equivalence being granted by the EU Commission. Within this framework, the UK would be free to propose new fundamental assumptions, which could influence the perceived competitiveness of the UK insurance market. A 2017 letter from Sam Woods, the PRA's chief executive, outlined several areas where the PRA and the insurance industry both see potential value in diverging from the current Solvency II regulations and EIOPA guidelines, indicating where we could see deviation from Solvency II post-Brexit, notably:

In addition, there may be appetite within the industry and the PRA for changes regarding:
However, a historically prudent PRA may be disinclined to materially weaken capital requirements and may instead prefer to adjust or strengthen the requirements of Solvency II while maintaining equivalence to Solvency II.

Thinking beyond Solvency II, Brexit could give the UK the freedom to amend many elements of regulation inherited from the EU. Two notable areas of potential change affecting insurance firms are:
Packaged Retail and Insurance-based Investment Products (PRIIPs)

Since the implementation of PRIIPs regulation in January 2018, concerns have been raised within the insurance industry that in certain instances the scenarios that firms are required to include present too optimistic a view and so have 'the potential to mislead investors'. The approach taken by the Financial Conduct Authority (FCA) to date - permitting firms to provide additional clarification to clients - may not be an acceptable long-term solution in the best interest of consumers as it may not be useful for clients and could cause confusion. If these issues are not addressed at EU-level, the FCA may choose to do so unilaterally post-Brexit.

UK insurers frequently require cross-border data transfers in order to collect premiums or pay benefits to overseas policyholders and are likely to be directly affected by any changes in data-related regulation. GDPR harmonises data privacy laws across Europe and sets high standards for data protection and the privacy rights of consumers. While the UK government has issued a statement of intent regarding the adoption of GDPR into UK law, they may opt to diverge from the EU regulation over time. Any such changes are likely to affect the way insurers manage, store and protect their data, with potential impacts on the security of policyholders' data, particularly during cross-border transfers.

In addition, post-Brexit, the UK might no longer fall within existing cross-border data agreements held by the EU, so could be required to forge new deals with the US and other countries. This would present the UK with an opportunity to enter into tailored agreements that support and encourage international collaboration. Although there may still be regulatory and other barriers to overseas data transfers in the future, improved data transfer capabilities may enable UK insurers to access and embed technological developments and infrastructure, currently only available overseas, into their business. This could improve operating efficiencies and customer service capabilities, as well as enhance firms' ability to work collaboratively with overseas subsidiaries.

Some insurers may be taking a 'wait and see' approach to Brexit, particularly those that do not have policyholders in other EU states. As we explore further in our full paper 'Brexit: Beyond Passporting' (see http://uk.milliman.com/), the repercussions of Brexit are likely to have very real consequences within the UK market.

Brexit is both an emerging risk and an opportunity. Firms that are proactive, have considered and developed appropriate strategies for each possible outcome, and have adequately prepared for shifting markets, should be well placed to thrive in the post-Brexit era.

Jennifer Strickland is a consultant at Milliman's London Life practice and co-author of the paper 'Brexit: Beyond Passporting'

Kyle Audley is a consultant at Milliman's London Life practice and co-author of the paper 'Brexit: Beyond Passporting'

This article appeared in our April 2018 issue of The Actuary.
Click here to view this issue
Filed in
04
Topics
Global