Mitigating the risks of epidemics 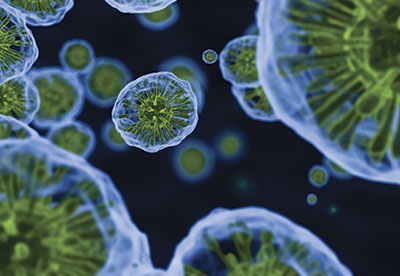 Pandemic and epidemic risks appear in the headlines every day. Whether it's Zika, SARS, MERS or measles, the damages from pandemics and epidemics are higher in both number and total cost than those from wars or natural catastrophes. Calculations show that costs vary from a relatively modest $450m (owing to the 2013 Enterovirus 71 outbreak in China) to the staggering sum of $77bn (caused by a large 2012 case of food-borne illness in the US).

The number of cases, or deaths, in outbreaks is not always a good predictor of the extent of the associated economic damages. Other factors also play a significant role. As an example, the costs of Ebola between 2014 and 2016 in Guinea, Sierra Leone and Liberia were relatively modest, at $2.8bn, as the victims of that epidemic in those regions tended to either die or recover rather quickly. On the other hand, the persistent foot-and-mouth epidemic in the United Kingdom in 2001 resulted in damages of $11.7bn, after 10 million cows and sheep needed to be culled in order to prevent the highly contagious disease from spreading beyond the 2,000 reported cases.

Globally, there have been over 400 high-priority human disease outbreaks over the past 10 years. These have caused significant economic loss, the bulk of which has been uninsured. The World Bank estimates that infections from the Zika virus cost the world nearly $3.5bn last year. While regional losses from the 2015 Ebola outbreak were moderate, global losses exceeded $32bn. And the MERS 2008 loss in South Korea cost approximately $8.2bn.

Such economic losses will continue to escalate, owing to the fact that the underlying factors driving the emergence of infectious disease are individually and collectively increasing. The Spanish flu pandemic of 1918, caused by US soldiers infected during a stay in a camp in Kansas, killed between 50 million and 100 million people, more than the total number of deaths in the First World War. One billion people were infected by the Spanish flu worldwide. The influenza pandemic between 1918-1921 caused outbreaks in more than 35 countries, with 23,000 deaths and more than one million infected people. Another influenza pandemic between 1956-1958 is reported to have led to more than two million infected people and 14,000 deaths.

What makes a pandemic?

Zoonotic diseases - those bacteria, fungi, viruses and parasites that can transmit from animals to humans - are at the forefront of pathogens that can cause devastating pandemics. Although 'only' approximately 1,400 species of human pathogens are currently known, an increasing number of the over-50,000 reported animal diseases are managing to make the jump to humans. Once a pathogen becomes zoonotic and humans are infected in a number of countries, a pandemic status has been reached.

When mitigating risks, we need to understand what has happened in the past and to attempt to predict future risks. We need to understand the risk of introduction of disease as well as the cultural and demographic factors associated with transmission, vulnerability and preparedness.

Changing patterns of human interaction with animals are increasing the risk that zoonotic pathogens will emerge in human populations. A number of behavioral and environmental changes have driven these changes, as well as the burgeoning threat of release of genetically modified bio-terror agents. As humans become increasingly clever in their attempts to improve upon nature, new sorts of epidemic and pandemic risk arise.

While epidemics in humans and livestock may appear inherently stochastic, they actually demonstrate distinct patterns, just as other natural catastrophes do. This means that their risks can be quantified and analysed, with the results used to insure against their impact, despite their substantial diversity.

The majority of diseases, viruses and bacteria come from animal diseases. The research shows that about 60% of all human diseases and about 75% of all emerging infectious diseases are zoonotic.

Most human infections have their origins in livestock, including cattle, chickens, pigs, goats, sheep and camels. This is why agriculture control is so important and why governments monitor any infectious disease in livestock so carefully - at least in the more developed countries.

In poor countries, more than 25% of livestock shows signs of current or past infection with bacterial food-born diseases causing food contamination that are types of zoonotic gastrointestinal disease. Other deadly diseases from livestock that can do deadly harm to humans include leptospirosis; cysticercosis; zoonotic tuberculosis (TB); rabies; leishmaniasis (caused by a bite from certain sandflies); brucellosis (a bacterial disease that mainly infects livestock); echinococcosis; toxoplasmosis; Q fever; zoonotic trypanosomiasis (sleeping sickness), hepatitis E; and anthrax.

The cost of the birds lost to avian influenza, according to economist Thomas Elam of the Indiana-based consulting group FarmEcon, was $1.57bn. The additional costs associated with businesses that support farms (that is, egg and poultry wholesalers, food service firms) pushed the total loss to $3.3bn. In addition, the US Department of Agriculture committed $500m to emergency efforts to block the disease, and paid out US$190m to farmers whose birds were destroyed.

A pandemic can also result from a bacteria outbreak in hurricane-ravaged countries, as the recent situation in Puerto Rico has demonstrated. The damage to the powergrid, owing to a natural catastrophe or a cyber risk, is of greater danger than most societies would like to imagine. Only four days of a wider powergrid failure results in a lack of safe water for bathing and drinking. One month after Hurricane Maria struck Puerto Rico, 25% of its 3.4 million citizens still lacked clean water, and 80% still had no electricity, resulting in the outbreak of leptospirosis, a bacterial infection (see above), with a rising number of deaths.

However, the most important point may be that the first step in effectively mitigating pandemic risk is getting as many people, and especially decisionmakers, to agree that this is a serious, even enormous, risk. However objectively terrific our ambitions in this area may be, they will not succeed unless we persuade people to implement them. Therefore, the educational element must play an important part in any such effort.

This article appeared in our March 2018 issue of The Actuary.
Click here to view this issue
Filed in
03
Topics
Health care