A disquieting and awesome prospect 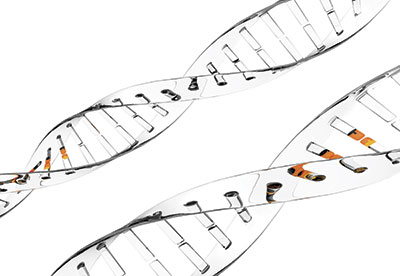 It has long been predicted that human genome editing carries immense potential - for better or for worse. In 1980, astronomer Carl Sagan commented: "Fortunately we do not know, or at least, do not yet know, how to assemble alternative sequences of nucleotides to make alternative kinds of human beings. But in the future we might well be able to put nucleotides together in any desired sequence to produce whatever human characteristics we think desirable - a disquieting and awesome prospect."

As of 2017, we may no longer be so fortunate in our ignorance of how to do this. CRISPR/Cas9 is a breakthrough technology that offers scientists immense scope to edit the genetics encoded in the DNA of organisms.

It does not require much imagination to grasp the sprawling implications of such technology. It has a potential to disrupt the existing health industry. Also, it is likely to have a great impact on health, critical illness and life insurance products.

Its main advantages over the other gene editing tools are that it is relatively cheap, quick, precise and allows the modification of more than one gene at a time. This means that gene editing experiments and research can be conducted on an unprecedented scale, resulting in many new treatments within 10 years.

For example, researchers from the Francis Crick Institute in London have recently used CRISPR/Cas9 on human embryos.

Their results identified which genes are essential for early human development, which brings the study of fertility treatment to a new level.

CRISPR is a natural part of the immune system. It is a DNA sequence containing DNA snippets of viruses that previously attacked the organism or its ancestors. These snippets are located between identical subsequences of the organism's DNA called 'spacer DNA'. This is the origin of the CRISPR acronym (Clustered Regularly Interspaced Short Palindromic Repeats).

Scientists Jennifer Doudna and Emmanuelle Charpentier have discovered that you can effectively 'hack' the CRISPR system to modify genes by using a protein called Cas9. Essentially, a new 'chimeric RNA' is created, which contains a foreign gene and a gene of a virus that already existed in CRISPR. Once this 'chimeric RNA' invades the cell, the Cas9 protein enables the cell to 'protect' itself.

It does this by breaking the DNA where the existing virus DNA is located, and then repairing itself by inserting the new gene. This new gene is coded so that it fits exactly into the place where the DNA is broken.

Some of the potential benefits of gene editing are revolutionary, for example:

Research using the CRISPR/Cas9 technology has helped to achieve some remarkable results so far, for example:

Impact on the insurance industry

As the technology becomes widely used for medical treatments, it can have a radical impact - not only on the insurance market but also on society more broadly. It can improve life expectancy and, thus, pose a clear risk to annuity providers. Nonetheless, it may still be quite a while until we see an impact on the insurance industry.

Although the CRISPR/Cas9 technology is relatively cheap compared with other gene editing methods, it is very expensive when considering an individual patient's treatment. If the treatment costs per patient remain high, patients are unlikely to benefit from the new technology unless insurance companies cover it.

So far, no major insurance firm has confirmed whether it is considering covering personalised CRISPR/Cas9 treatments. If such treatments were to be covered, this could, of course, affect insurance premiums.

Human gene editing raises many ethical concerns among scientists, policymakers and the general public. Many scientists support basic research in somatic cells but strongly urge lawmakers to impose a moratorium on making any changes to human germline cells that are passed onto the next generations.

Human DNA is complex, and gene editing can cause some unintended consequences like gene mutations, cell transformation and other unexpected side effects. All the risks need to be carefully considered. Research suggests that off-target mutations and side effects are more likely to occur in human cells than in simpler cells (for example, cells from mice). In addition, if the damage occurs, it will not be immediately clear who would be responsible for this.

Another ethical issue arises with non-therapeutic use of the CRISPR/Cas9 technology. For example, it could be used to enhance athletes' performance or prevent violent behaviour in dangerous criminals. Editing genes for the purpose of enhancing intellectual abilities or selecting physical traits is likely to be severely controversial. Such activities may eventually be very difficult to control or prevent.

If germline editing is only allowed in certain countries, the genes can easily spread across borders in subsequent generations. For this reason, there may be a strong argument for international co-operation in the regulation of germline editing.

In summary, CRISPR/Cas9 is a powerful technology with the potential to affect humans in both positive and negative ways. But it is still relatively new and will take time to become a widespread medical treatment. Scientists, policymakers, insurers and wider society should use this time to engage in a conversation on how gene editing is to be regulated for the benefit of humanity.

The opinions expressed in this article are the author's own views.

This article appeared in our March 2018 issue of The Actuary.
Click here to view this issue
Filed in
03
Topics
Health care