The future of equity release 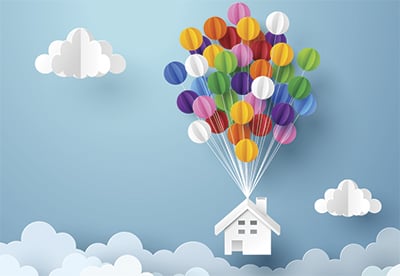 This article summarises the roundtable discussion on the key areas of focus, including:

Radu Tunaru kicked off proceedings with an academic perspective of the ERM market. He explained that there is not a huge amount of academic literature on ERMs owing to the lack of available data needed for academic research. There is also a lack of expertise covering all the three risks of ERM: longevity, property/real estate, and interest rate. There is almost no research on morbidity risk of ERMs. Tunaru highlighted a limitation of no-negative equity guarantee (NNEG) modelling, stating there is clear evidence that property growth has positive auto correlation in the short-term and negative in the long-term. There are many possible solutions, but Black-Scholes is not one of them, with Monte-Carlo simulation being possibly the only readily available solution at the moment, in his opinion. Tunaru stated that we need more research on the various facets of ERMs and more engagement between academia and industry.

Colette Dunn then gave a strategic insight to the ERM market. Dunn summarised the high-level strategic benefits of entering the market:

A key question is 'how can equity release become a mainstream product?'. There is a high level of latent, unmet need, so why is this? In the past, demand has been held back, perhaps due to the perception that it is a distress purchase, with underlying factors such as a desire to leave an inheritance, perceived shame in needing to borrow money against one's house and mistrust of ERMs due to previous market failure. Dunn said recent market research suggests these barriers are breaking down and there is expanding need for ERMs with:

However, Dunn highlighted that there are still barriers to entry and growth, including distribution (nearly 50% of sales are through two distributors, which is highly concentrated for any market) and the sales process (it takes a long time and is complicated, with solicitors, surveyors, advisers and product providers all involved in the process).

Chris Flowers then provided an adviser's perspective on the ERM market. He made a clear statement that, in general, ERMs are not sold, but clients are advised on them, as the implications of taking out an ERM are so great. Flowers also agreed with Dunn's point that the ERM completion process is drawn out and it is unique in having a requirement that a solicitor sign-off on the process. Dunn highlighted issues with the advice process, such as:

Next, Deian Jones gave a product provider's perspective on the ERM market. Jones explained the first ERM products were packaged, with the release of equity being used as the premium to purchase an annuity, which gave a clearly defined market. Today, there are lots of drivers of product demand, including the need of customers to fund long-term care. The product standards set by the Equity Release Council, which most in the market follow, specify two key design criteria:

Jones suggested that there needs to be consideration if these design criteria are needed for all ERMs, as, for example, reverse mortgages in the US are offered at variable rates. He also observed that Conduct of Business rules are product-centric and set in silos, and that there needs to be a more holistic approach to ensure consistency in terms of consumer outcomes.

We moved on to a broad discussion between the 25 attendees, grouped into: regulations, risks, technology, funding of long-term care and product innovation.

Consistent Conduct of Business rules across product lines were agreed to be crucial, and there was general concern that consumer outcomes could vary by product owing to these differences, which is unlikely to be what the FCA is aiming for. The rules need to be set holistically and not within silos. There were concerns raised about the FCA's proposals on retirement interest-only mortgages (RIOMs), which are being consulted on as part of the FCA quarterly consultation (CP17/32).

The main concerns are that RIOMs could be taken out without regulated advice and without any explicit NNEG, unlike ERMs, which could create a two-tier system. RIOMs were also seen as an opportunity to open up the retirement lending market.

There was also consideration about whether consumers should be able to access ERM products after receiving guidance, and that not everybody needs advice.

A discussion of regulations would be incomplete without reference to Solvency II. The no-negative equity guarantee was introduced into the ERM market to correct a market failure, but it was felt that the complexities of Solvency II are potentially leading to another market failure, owing to reduced ability to innovate and additional complexities around structuring ERMs into matching adjustment eligible assets. Some participants said that there needs to be a more sensible interpretation of the matching adjustment.

It was highlighted that, when equity is released from property, it can lead to an unwanted change in entitlement to state benefits or tax payable, and it reiterated the need for regulated financial advice when borrowing to supplement a retirement income.

The cost of advice in the ERM market is high, typically 3% of the amount borrowed paid as commission. It was felt that technology could be used to help reduce these costs. On a related point, it was felt that the high cost of sale is potentially restricting the availability of ERMs to fund long-term care, given its short duration.

It was felt that technology could be used to increase engagement with the children of the borrower - for example, using Skype, to discuss the potential impact of an ERM on their inheritance, which is often the reason for complaints when the loans are due to be repaid.

Online tools could be developed to enable consumers to make product comparisons directly so they can do their own research. Voice recognition software was suggested as a potential tool to help reduce fraud and protect vulnerable customers.

After the excitement of technology, we moved on to the subject close to a lot of actuaries hearts - risk, and, like a good actuarial student, we hit the easy points first.

A key risk identified was that interest rates increasing and/or the property market falling could lead to a decline in market demand for ERMs and/or a supply of funding. Another key risk to the market was seen to be reputational damage of ERMs, potentially as a result of headline-grabbing bad news stories. High early redemption charges were seen as one area of concern.

As a result of the falling customer interest rates in the market, this could also lead to refinancing of customers and an increase in early redemption rates, which could reduce the availability of funding in the market. It was raised that there is a risk of underestimating the cost of NNEG if there are structural changes; for example, if there is a substantial increase in house building, house prices could fall sharply and not recover. A counter argument was made that this is not an isolated asset class.

A buy to let variant could be made more widely available to support residential care. However, the short-term funding nature of ERMs to support long-term care (LTC) costs could limit the availability of funding, unless acquisition costs can be brought down. It was suggested that ERMs could be used to fund the purchase of an insurance contract such as a disability-linked annuity earlier on in retirement. It was felt that the lack of clarity over the government plans for the funding of LTC would limit product innovation in this space until greater clarity is reached.

Home reversion mortgages - it was queried why they had not taken off in the UK. It was agreed that it can be a harder sell, as consumers often think their property will increase in value, so do not want to sell it. A lack of funding of home reversions was also seen as a restriction, as there are not many funders who want house price inflation exposure. It was felt that product design could be made simpler to aid comparison by consumers, and understanding.

Investment banks may become interested in NNEG risk (via swaps) if volumes were ramped up with revived securitisations of the asset - a possibility, given a larger market.

What's next for the working party?

After this successful and energetic roundtable, we followed this up with a survey of market participants, with responses due back in October and results to be shared at the Life Conference and in our report in 2018.

Look out for the publication date and launch event for the ERMWP paper next year.

This article appeared in our December 2017 issue of The Actuary.
Click here to view this issue
Filed in:
12
Topics:
Regulation Standards