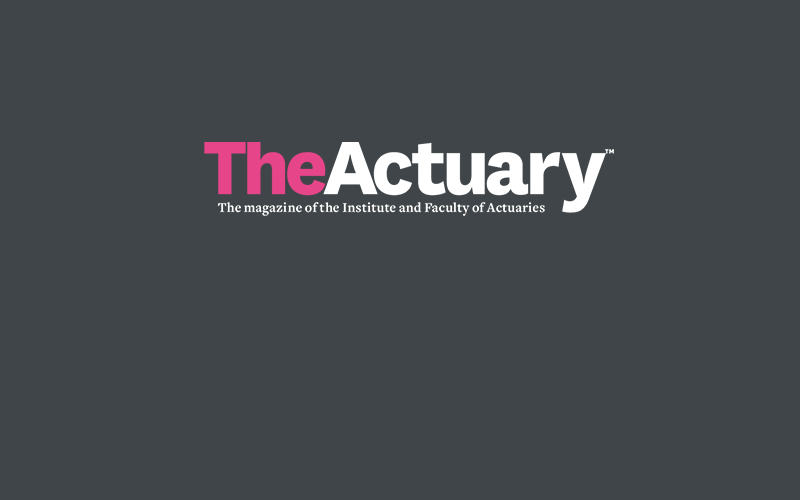 Recent articles in The Actuary magazine have considered the radical changes that may be on the future horizon in the battle against cancer. Nay Wynn (Feb 2017) looked at the potential for a cure for cancer. Before that, Karin Neelsen considered how 'liquid biopsies' (blood or saliva tests) may change cancer diagnostics - with as yet unknown consequences for future diagnosis rates. Since critical illness policies may provide cancer cover on guaranteed terms for durations of up to 40 years, it is appropriate to scan the horizon for potential future changes in experience. However, it is also important to keep a close eye on the current emerging experience.

The first critical illness policies became available in the UK in 1987, 30 years ago. Between then and 2015, age-standardised cancer incidence rates for the population of England increased by 9% for men and 24% for women. Cancer registrations can take up to five years after the end of a given calendar year to reach 100% completeness, so these figures understate the true increase in incidence rates. Based on the iterative annual data published by the English Cancer Registry, we estimate that the final rates for 2015 will be 2%-3% higher than reported to date.

The population age-standardised rates are dominated by the older age groups, which have the highest risk of cancer, but are less likely to have critical illness cover. For the age ranges typically covered by critical illness insurance (ages 20-59), the average incidence rate increased by approximately 14% over the 10-year period 2006-2015.

Chart 1 shows how the overall pattern is remarkably consistent for men and women, although the movements for particular cancer sites vary. Average incidence rates increased between 2007-2009 and then began to increase again from 2012 onwards. 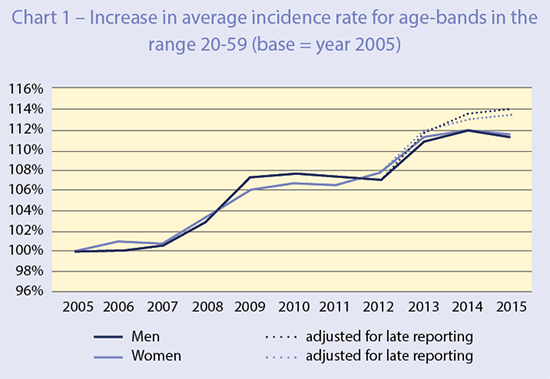 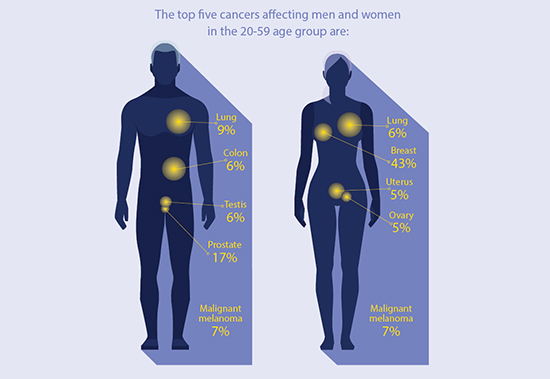 As expected, given changes in smoking patterns, lung cancer incidence rates have been reducing for men and increasing for women.

The incidence of malignant melanoma has increased significantly for both men and women. Men aged 45-49 experienced a 55% increase and women in this age group experienced a 46% increase.

Although it is not one of the leading causes of cancer, the rise in thyroid cancers warrants attention: for ages 20-59, the rate more than doubled. This is of concern, given the experience in South Korea, where thyroid cancer diagnoses increased 15-fold between 1993-2011 as a result of widespread screening. The increase in UK diagnosis rates may be due to the increase in private screening programmes, as the NHS does not screen for thyroid cancer.

There is a large increase in the incidence rate for women aged 45-49. This coincides with an extension in the breast cancer screening programme in England. In 2009, a trial began to extend screening from women aged 50-70 to approximately half of all women aged 47-49 as well as some women aged 71-73 . This trial will assess the potential benefits of screening all women aged 47 and over.

Awareness of breast cancer risk factors, such as wider family history and breast density, has grown over recent years. Women who are aware that they have a higher than average risk are perhaps more likely to purchase critical illness insurance.

Strikingly, in the same period, the diagnosis of carcinoma in situ (non-invasive cancer) of the breast more than doubled for women aged 45-49. 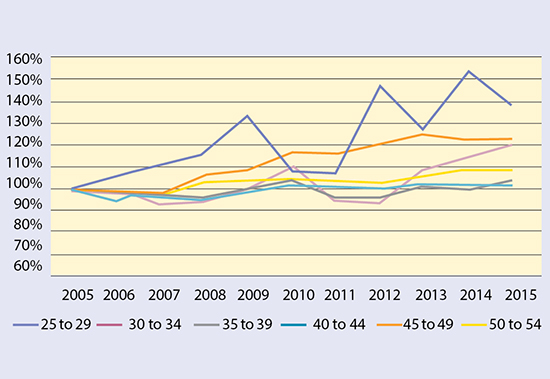 Implications for the insured population

Experience for the insured population is likely to be different to that of the general population for a variety of reasons. There are differences in the characteristics of those who can afford to purchase critical illness insurance, and those who do not. Underwriting also has an impact - although less so for cancer risk than cardiovascular risk. The underlying experience for the insured population is also more difficult to measure, owing to changes in product definitions, underwriting and distribution practices over time.

For all ages and cancers combined, cancer rates are higher for socio-economically deprived groups than for affluent groups (who are more likely to insure). On the other hand, the difference in incidence rates between the most and least affluent groups stayed the same for most cancer types between 1996-2000 and 2006-2010. 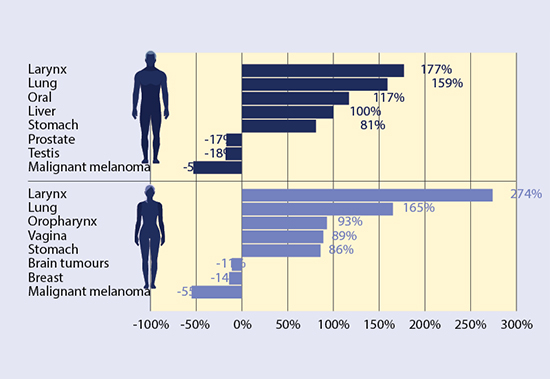 Overall, therefore, it seems unlikely that trends in incidence rates for the insured population will be better than for the general population.

Given increasing incidence rates, the average lifetime risk of being diagnosed with cancer has increased from one in three to one in two. However, as incidence rates have increased, mortality rates have reduced, leading to better outcomes overall. The good news is that cancer survival rates are improving: for patients diagnosed during 2010-2011 in England and Wales, 46% of men and 54% of women are predicted to survive their cancer for 10 years or more. However, the cost challenge for critical illness insurers and reinsurers is likely to persist.

This article appeared in our December 2017 issue of The Actuary.
Click here to view this issue
Filed in
12
Topics
Health care