What if artificial organs could replace the need for donors? 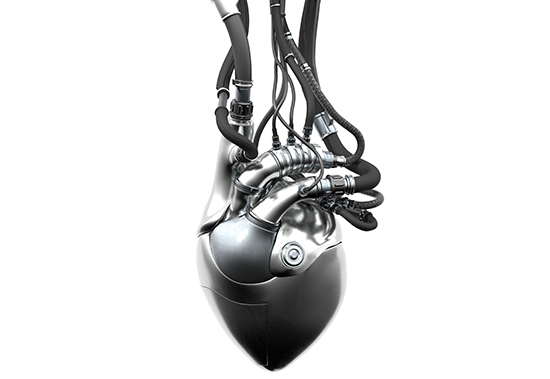 Transplantation to treat organ failure has progressed significantly over recent decades. While early surgeries had very poor survival times, with patients often extending their lives by only a few days or weeks, medical advances since the 1960s mean that organ transplantation has become a viable way of treating patients with organ failure.

Where are we now?

As at the end of September 2016, 6,599 patient were on the NHS organ transplant waiting list. For those lucky enough to receive an organ, the survival times are the highest they have ever been. For operations taking place between 2008 and 2010, the five-year survival rates were 90% for kidney, 71% for heart and 82% for liver transplants - much higher than the figures 15 years earlier, at 69%, 63% and 64% respectively.

However, the existence of a waiting list is a worry for many patients with end-stage organ failure. In 2015, 479 patients died while waiting for a transplant. Why does this waiting list exist?

Put simply, the waiting list exists because the demand for organs outstrips the supply. The demand for organs follows organ failure brought about by disease, genetic disorders, lifestyle habits, accidents and senescence (the ageing process that leads to deterioration of organs). The physical supply could come from human donors, xenotransplantation (using tissue from animals) or artificial organs. The national stance on organ donation consent also affects the supply, as could the overall NHS budget in the UK.

Which organs are in demand?

Disease and lifestyle habits are the underlying cause of this demand. For example, patients could require a kidney transplant as a result of diabetes, an infection or prolonged high blood pressure leading to kidney failure. Alcohol misuse could lead to the need for a liver transplant, and damage caused by smoking or cystic fibrosis would mean someone requires replacement lungs.

Furthermore, even with lower rates of smoking, urban air pollution and migration to cities are a concern as they increase rates of chronic obstructive pulmonary disease.

Obesity trends are also likely to lead to future rises in demand for organs, in particular for kidneys and hearts.

A closer look at organ supply

Around 4,600 organ transplants were carried out from April 2015 to March 2016 in the UK, arising from around 2,400 human donors (one donor can save up to eight lives). The majority of these organs - 77% - came from deceased donors, with the remainder, in particular liver and kidney transplants, coming from living donors.

The key challenge lies in matching organs to patients, by tissue, blood type and other medical criteria, to decrease the chance of organ rejection. The patient's immune system is suppressed to reduce the risk of organ rejection. However, a weakened immune system increases the risk of viral and bacterial infection, so a careful balance is required in terms of immunosuppressant medication.

Transplanting heart valves from pigs is a common procedure. Here, the pig cells are chemically stripped before human cells grow around them after they are implanted.

However, there are known issues with transplanting whole organs, namely the rejection of animal tissue, potential infection from animal viruses and whether they could function in a human body.

Recent advances in gene editing technology have renewed the interest in xenotransplantation; for example, there have been initial attempts to grow human organs in animals such as pigs.

Artificial hearts in the US are currently used as a stopgap before patients receive a biological organ; patients are provided with a fully functioning artificial heart. One patient was supported for nearly four years with an artificial heart before receiving a successful human heart transplant.

Human trials of artificial kidneys to tackle end-stage renal disease are about to begin. Another promising area of experimental research is 3D bioprinting technology, which could be used to create replica organs for transplant into humans.

Considerations for the insurance industry

Major organ transplant (MOT) is a listed condition under a typical critical illness (CI) product. In 2014, the Association of British Insurers amended the MOT definition in its Statement of Best Practice to include the qualification 'from another person'.

In the short term - say, over the next five years - we anticipate a limited impact on the CI product. An insured life requiring an organ transplant would be placed on the waiting list. This in itself would be a trigger the CI claim under the existing definition. Thus, it does not matter whether the transplanted organ comes from a human donor, an animal or an artificial source or, indeed, if the operation happens at all. 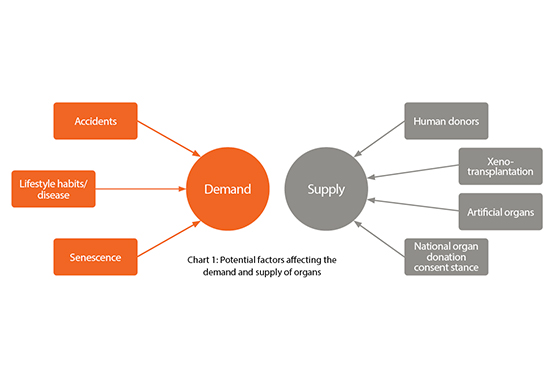 As transplant technology develops, artificial organs are likely, in my view, to play an increasingly important role. The time frame for this will depend on the organ; artificial hearts are already being transplanted and artificial kidney developments are looking promising. Being able to provide artificial versions of these two organs alone could reduce the current waiting list by more than 80%. 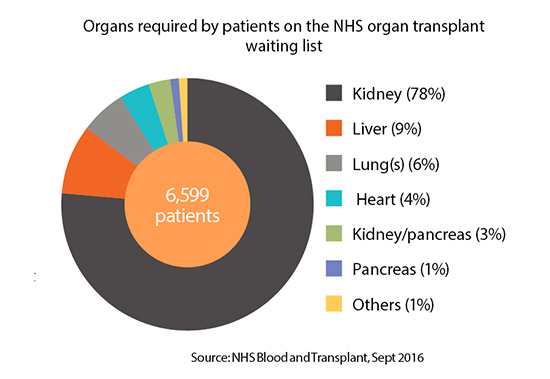 The key benefits of artificial organs are that they open up the possibility of mass production and patients are less likely to experience organ rejection. Depending on technological progress and capacity in the NHS, transplant waiting lists could significantly be reduced or even disappear.

Without the waiting list, it will start to matter much more whether a policyholder receives an organ from a human donor or an artificial source. There may be a period of uncertainty here, where the industry questions whether artificial organ transplants warrant a partial or full sum assured payment. However, with much lower rejection risks, the conclusion may be that artificial transplants are not as life threatening as human donor transplants.

Another potential grey area for a valid payment is if the transplanted organ was a bio-artificial organ or if it were grown in a laboratory using human cells. Would payment still be declined because the organ did not originate from a human donor?

If we assume that we use only artificial organs for transplants, the current CI definition would lead us to having zero incidence rates, assuming we stick firmly to this definition. Realistically, even with zero incidence rates for a typical CI product, the overall price would reduce by only about 1% (assuming the demand for organs remain fairly stable), since the magnitude of these rates is small compared to heart attack, stroke and cancer.

In the long term - 25 years or more - we could eventually get to a stage where complex organ transplant procedures became routine with little risk of organ rejection. Furthermore, transplants could be carried out while patients are still relatively healthy.

The potential for moral hazard risk is something to consider in the future; people may have less of an incentive to look after their health if they are 'protected' from the consequences of organ failure.

Using artificial organs could reduce the incidence rates of CI conditions; for example, a person diagnosed with a localised cancer where the severity is not high enough for a claim payment could have the affected organ replaced, thus avoiding a future claim payment. Similarly, those at risk of heart attacks as a result of problems with the organ itself could get an artificial heart. This argument still holds if xenotransplantation becomes the solution for the organ shortage, although whether its disadvantages could be overcome remains to be seen.

For term products, carrying out an artificial organ transplant means that we have effectively delayed the death of a policyholder from organ failure. The SynCardia artificial heart transplant patient who survived for nearly four years before a human heart transplant is a good example of this.

However, the extent of such improvements on mortality would be small as they would be restricted to the minority of policyholders who required an organ transplant in the first place.

In the longer term, we may start to see further improvements in mortality rates; people with organ failure from cardiovascular diseases or cancer could get their organs replaced and deaths delayed. Therefore, the overall cost for term assurance could decrease. The opposite is true for annuities, with mortality improvements leading to higher costs as people delay their death from organ failure.

The overall impact will depend on the speed at which the technology is incorporated into mainstream medicine; there is often a high degree of uncertainty in projecting medical advances.

While recent advances in organ transplant technology have led to improved survival times, the current reliance on human donors restricts the overall supply and means there is a waiting list. Artificial organs could be a way to eliminate the waiting list in the future.

The use of artificial organs is unlikely to affect CI products in the short term and give a very small improvement in mortality trends. In the long run, artificial organ transplants could become a cost-effective way of treating multiple diseases; someone with cardiovascular disease or localised cancer could have the affected organ replaced, potentially reducing the effects of heart attack and cancers on CI business. The impact on term assurance policies could be significant; if we can delay the deaths of several lives by 5-10 years, we could see a wave of mortality improvements.

Validating and quantifying these scenarios would require a lot of assumptions about the future and could take considerable time. You would have to look at other medical advances and their respective costs - for example, immunotherapy could be more cost effective at treating or preventing diseases than organ transplant. However, on the demand side, you could argue that the need for artificial organs is as high as ever, considering the rising obesity levels and the ageing population.

This article appeared in our November 2017 issue of The Actuary.
Click here to view this issue
Filed in
11
Topics
General Insurance
Health care
Technology