Take charge of your destiny

Yanum Venkatrathnam, chair of a panel discussion on career ownership at the IFoA Asia Conference, recalls how panelists John Chen, Mark Saunders and Ka-Man Wong all agreed that taking the initiative pays off 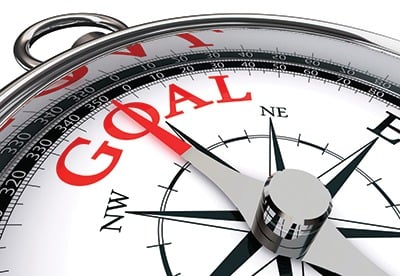 The discussion on career ownership, held at the IFoA Asia Conference in Hong Kong in May, began with the dual question: "Who has had the greatest impact on your career? And, in particular, what have been the characteristics that have enhanced your career?"

He added that family support lays a foundation for both life and work. In particular, he credits his parents with teaching him the values he lives by:

Ka-Man Wong, regional chief actuary for the life business, and regional director of capital and in-force solutions at AXA Asia, agreed that we have responsibility for our own careers, and that people along the way help to shape and influence us.

Three months into her first role, when she was working independently and had mastered technical skills, her calculations were perfect to the fourth decimal place. However, her manager expected her to look beyond the calculations, at the bigger picture and contribute to the wider role.

Much like that manager, Wong values broader thinking and people skills - working in teams, engaging with stakeholders and improving the work environment.

John Chen, a member of Swiss Re's Asia management team and president of Swiss Re China, highlighted two people along his career path. First was his PhD supervisor, professor Max King. After offering supervision and correction on details, King instructed Chen to send his research paper off for publication. The lesson was to take ownership by ensuring that he had the correct information and the best proposal possible, as his research was a direct reflection on him. Second, Chen mentioned his daughter, who helps him to stay grounded and accountable. With a child, you need to walk the talk and lead by example, he said.

The discussion then explored the implied risks that are part and parcel of making tough career choices.

Saunders explained that he chose teaching because he perceived it as a valuable skill and a worthy profession. While the position included a good salary and regular promotions, it did not offer a track for material advancement. This drawback, combined with industrial action in the UK, led him to consider his options. After Black Monday in October 1987, he decided to enter the actuarial profession.

Ten years later, after advancing to chief executive and positions on the board at a life insurer, Saunders moved to consulting. A decade and a half later, he joined AIA Group for his next challenge. He concluded that, when presented with opportunity, he typically makes the hard choice. His outlook is that actuaries should attempt to extend beyond their capabilities, as they can always go back to what they are comfortable with and enjoy.

Early in Wong's career, she remembers being conservative, leaning towards what she considered the easy choice. Although career options abroad came with faster career progression, Wong chose to stay in Hong Kong. However, she carefully considered each role and what it had to offer to optimise her development opportunities and maximise any competitive edge. She enjoys travel and working with people, so her roles have included travelling across Asia and Europe, while collaborating with teams and realising business results. At AXA, her cultural understanding and language skills have provided added value.

Chen said that, regardless of uncertainty, it was inevitable that he should move back to mainland China to contribute to the growth in the industry. You can get comfortable after a few years in an organisation, he said. After you have effectively managed the team, "you can relax and take a nap every day". However, there comes a time to challenge yourself.

The conversation continued to the nuances of navigating the 'political thicket'.

Wong explained that Asian culture concentrates on performing well, earning good performance reviews and being given promotions based on being recognised as a valuable contributor by one's managers. However, European culture expects the more active approach of speaking out and advertising that you can handle the next role and that you wish to be considered for it.

Over the years, Wong has altered her professional behaviour to reflect both cultures; when prepared, she raises her hand, and shows her interest in a role. She said that we must take responsibility for moving our own career forward.

Chen agreed and believes that, if we choose our battles wisely and remain calm, confident and resilient, we will succeed.

Wong's description of the reticence to self-promote in Asia resonated with Saunders, who added that this applies to some European cultures as well.

He suggested volunteering for projects, as this protects against being seen as obsequious. Managers often cannot keep detailed track of everyone, especially in big teams. So, if we want to try something new, it is not 'pushy' to volunteer, he said.

Chen and Wong suggested a couple of other ways to build a professional profile and networking relationships: seeking mentorship, and arranging lunch or coffee meetings with managers that you respect.

Moving onto the skills required to stay competitive, Chen said that being an actuary is more than merely a qualification. Rather, it provides resourcefulness that enables one to work across functions. An actuary needs solid, technical expertise as a baseline to have the confidence to take on new functions and innovate. But, beyond traditional technical areas, actuaries must think about scenarios from numerous viewpoints and situations.

To become a true leader, one must remain challenged, and that requires sacrifice in terms of time, energy, resilience and emotional effort.

Wong added that actuaries are analytical, using facts and figures to draw unbiased conclusions. As expertise develops, actuaries leverage their skills to take on wider roles beyond the facts and figures, shaping the information to solve 'real' business problems. Making the shift from details to broader, problem-solving skills is part communication and part defining the problem and finding a solution using actuarial reasoning and techniques.

Saunders agreed, stressing the need for technical expertise coupled with earning the right to express an opinion or give advice. "The profession gives us the 'what', but, to progress to leadership, we need the 'so what' and then, as leaders, we need the 'do what'," he said.

In response to a question from the audience on future career advancement for the panel members, Saunders highlighted his desire to make a difference and said he would consider returning to a CEO position, as that is the role he believes creates the greatest impact. Chen said he aims to make a contribution to society by giving back, possibly in a university role. Wong envisages a role that connects people, thereby finding solutions to business problems.

John Chen is a member of Swiss Re's Asia management team and president of Swiss Re China, where he also serves as general manager of Beijing Branch

This article appeared in our September 2017 issue of The Actuary.
Click here to view this issue
Filed in
09
Topics
Careers
Professional
Soft skills