This book addresses the contemporary linkage between social movements and political participation in European states. 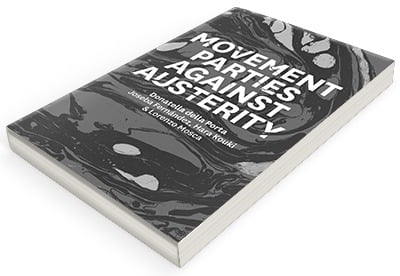 This book addresses the contemporary linkage between social movements and political participation in European states. In doing so, it offers an opportunity to consider both the qualitative and quantitative drivers of the rejuvenation of the European left.

It gives predominant attention to three parties: Greece's Syriza; Spain's Podemos; and Italy's Five Star Movement. The authors offer an exhaustive account of the formation of these parties, each of which have deep-lying connections to grassroots social movements that begin outside the established political process. These parties are analysed through their unique social movement lens in order to explore their eventual evolution to contemporary political parties. Throughout, this process remains an overarching and seemingly contradictory relationship when one considers the narratives in which social movements are created.

In other words, the authors observe how staunchly left-wing social movements arise out of a disdain for contemporary political processes. As della Porta says in an interview with the Centre on Social Movement Studies (Cosmos): "These parties developed from movements that were dissatisfied with representative democracy and electoral politics, and in the beginning they seemed not to be interested in becoming an alternative type of political party."

While this attitude appears as a commonality between far left social movements across Europe, each of these movements must eventually contend with the political system as it seeks to realise major political change.

The life cycles of social movements are also compared with Latin American examples. During the same interview with Cosmos, della Porta mentions the power that historical examples provide: "In Latin America, this happened much earlier than in Europe - we can see the long-term effect of these parties being in power," she says.

The text is an invaluable tool for those seeking to understand the nature of ideologically motivated movements across European democracies. Moveover, the book's conceptual framework for understanding social movements' entry into the mainstream political sphere will equip us to view the phenomena on both sides of the political spectrum.

The authors allow us to enhance our understanding of ideological movements  - a skill that is fundamental to the analysis of contemporary European politics.