In search of that elusive scale 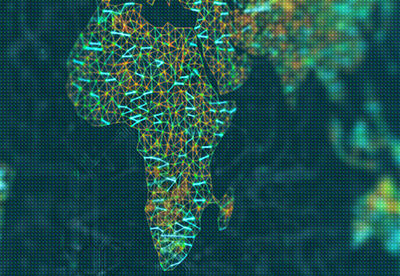 Insurance in the developing world has historically been the preserve of affluent consumers, who are typically active in the formal economy. That was until 15 years ago, when charitable industrial efforts and donor money began to target lower-income consumers - small-scale farmers and traders in the informal economy. The use of the term "microinsurance" proliferated. More recently, multinational insurance giants have joined the fray to seek a winning business model that targets the bottom of the pyramid. Most notable has been Blue Marble Microinsurance, a consortium of eight large international insurers whose mission is to incubate 10 microinsurance initiatives in 10 years. Blue Marble's first venture was recently launched in Zimbabwe, in southern Africa.

Lower-income consumers are vulnerable to a number of risks - the death of a breadwinner, illness, or poor weather conditions that wreck a crop. A financial shock can lead a once self-sustaining family into poverty, losing economic gains previously made. To cope with a financial shock, a family is forced to sell critical productive assets at a deep discount, eat less, or take children out of school. Microinsurance can break this cycle between vulnerability and poverty, by strengthening financial resilience. A successful programme achieves a double bottom line of both financial and social impact.

It is widely accepted that in order to serve the bottom of the pyramid sustainably, and with impact, it is critical to achieve scale.

Mainstream insurance business models in Africa have been successful in creating a large profitable industry, especially in South Africa. However, to cater to those in the townships or rural folk, it is not enough to take a standard product and simply reduce all the monetary amounts. Despite a general awareness of the opportunity within the un-served and under-served consumer segments, still, many traditional insurers do not have a strategy to capitalise on this. This gap has led to non-traditional players such as telecoms and technology companies to encroach into the industry and lead efforts. The traditional insurer is later invited to join the party, and asked to bring along its licence and balance sheet.

The challenge for a microinsurance venture is to capture the large addressable market at a cost per policy that is low enough to still make the premium affordable and the business profitable. It is critical to first cultivate trust and an understanding and appreciation of insurance. Distribution must have a high capacity for scale, to enable high volumes of customers and transactions.

Some microinsurance industry players advocate a human agency distribution approach. They argue that face-to-face interaction with consumers is imperative - to build trust, to educate and to sell. Critics of agency distribution argue that an agent force can stifle scale; the reach of the product is limited by agents' ability to sell and it is difficult to adequately incentivise an agent on a $1 premium. They reason that it is better to transfer the value of agents' commission to consumers by reducing the premium to a low enough level to stimulate a customer's interest.

The future is a digital, technology-driven distribution approach for microinsurance. This will leverage the capabilities of the mobile phone. Mobile is already the platform of choice for the digital economy in Africa, with mobile phone penetration increasing faster than in any other region in the world. African consumers are already performing financial transactions on their mobiles - banking and payments - without a traditional bank account or an internet connection. In some African countries, mobile bank accounts outnumber traditional bank accounts.

Microinsurance can leverage technology in a number of ways. A digital approach can be used for marketing and sales. At claims stage, where insurance really becomes tangible, a digital approach would mean swift claims settlement - in minutes rather than days.

The majority of consumers in Africa, typically more than 60%, are small-scale farmers. Their sustenance is dependent upon desirable weather conditions, such as adequate rainfall. Crop microinsurance schemes use satellite data to monitor weather conditions. Where there is an adverse condition in a particular area - for example, low or excessive rain - technology assesses the losses and triggers payment of the claim to farmers in that area. The claim is paid faster than in a traditional non-digital approach. It could allow the farmer to buy more seed and sow again during the same season, saving an entire harvest. But, surprisingly, agricultural insurance hasn't quite taken off, despite the large potential market. There are some initiatives at a government level, but there is opportunity for private-sector involvement.

Mobile network operators (MNOs) have been a popular choice as a distribution partner for microinsurance. They already have wide reach. MNOs also command great consumer trust, more so than insurance companies among the target market. Also, the airtime and mobile money payment platform can double up as a mode to pay premiums and claims. One pan-African insurer has gone as far as form a joint-venture with a pan-African MNO, such is the appeal.

But is mobile-dependent distribution sustainable, or will operators eventually focus their efforts on other aspects within the mobile financial services space? Are banks a more sustainable partner given the more natural alignment of core product? No doubt, through control of their mobile network infrastructure and other assets, MNOs have created a bottleneck. But as internet penetration expands in Africa in the future, that bottleneck will widen, allowing insurers to distribute products over the internet and bypass MNOs. However, this is likely to come with its own challenges around jurisdiction and the enforcement of consumer protection requirements.

A face-to-face distribution approach is expensive, slow to scale and not sustainable. The focus is now to partner with aggregators and corporate buyers. To win in microinsurance, we need to look at the challenge with a fresh pair of eyes, and collaborate across sectors. Technology is a key ingredient, anchored around the capabilities of the mobile phone, given its wide reach. But there will still need to be some element of empathy in the event of loss, which only human-to-human interaction can provide.