Hans Leida and Lindsy Kotecki explain why the US has such a difficult relationship with healthcare, and point to the ways in which technology and actuaries can help 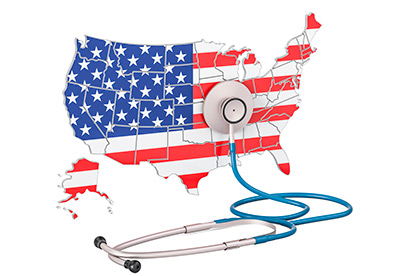 It has been a little over seven years since the US began implementing healthcare reform at the national level, following the passage of the Patient Protection and Affordable Care Act (ACA), also known as Obamacare. However, the future of the law's programmes has never seemed more uncertain now that the United States House of Representatives has passed legislation repealing and replacing many of the ACA's key provisions.

While the ACA and the proposed replacement legislation are fundamentally different in their approaches to financing and regulating healthcare, they do have one thing in common: both are extraordinarily complicated.

Actuaries have had a front-row seat as healthcare reform has unfolded, and they are in a unique position to help address the challenges our complex system presents - whether that involves setting premium rates, calculating reserves, or just trying to explain healthcare policy to their Facebook friends. After all, actuaries were working to promote the financial stability of our complex healthcare system long before the ACA came along.

Even so, one might ask: Why is the American healthcare system so complicated? Does it have to be that way? Most stakeholders acknowledge that our current system has room for improvement, although opinions vary widely on what to do about that. In part, the complexity of our system is rooted in our history.

The healthcare system that we have today wasn't formed in one fell swoop. Instead, it has been stitched together gradually over the past century by policymakers working to meet the challenges of their times. For example, the prevalence of employer-sponsored insurance was at least partly driven by price-wage controls implemented by the federal government in the 1940s during the Second World War, together with very favourable tax treatment. When the employer-sponsored market began to flourish, healthcare coverage became unaffordable for the non-working population - in particular, low-income workers, seniors, and disabled individuals - and the Medicare and Medicaid programmes were born. Currently, healthcare in the US is provided and funded through a variety of sources:

It's therefore not surprising that the policies being proposed today are an attempt to fix the problems we currently face, such as expanding access to affordable healthcare, reducing the cost of healthcare, or improving the quality of care received by patients.

However, our system has evolved in such a way that trying to implement a solution is like trying to solve a Rubik's Cube - it is hard to make progress on one side without introducing new problems into other parts of the puzzle. For a Rubik's Cube, successful solvers focus on both the local and global picture, and sometimes must make short-term trade-offs to achieve a longer-term solution. Unfortunately, the short-term nature of political pressures make it difficult to implement longer-term strategies for healthcare. Yet, we see many areas where actuaries can be instrumental in addressing the challenges presented by our complex healthcare system.

The ACA made sweeping changes that impacted almost every source of coverage listed above. The most profound changes, besides the expansion of Medicaid coverage, were the changes made to the individual and small employer health insurance markets. These already small markets were fractured into several separate pieces (grandfathered business from before the ACA became law, 'transitional' business issued before 2014, and 'ACA-compliant' business issued in 2014 and beyond). The only constant has been change, with many regulatory changes occurring each year (often after premium rates were set by insurers) and with the stabilisation programmes intended to mitigate risk during this time of change often paradoxically increasing uncertainty. This led some to question whether these markets were inherently too unpredictable to be viable, whereas others felt that the markets were finally starting to stabilise before the election changed everything.

Besides predictability problems caused by regulatory or political factors, two challenges facing health actuaries during these transitional years have been (1) the lag between when market changes are implemented and when data on policies subject to the new rules becomes available, and (2) the difficulty in predicting consumer behaviour in reaction to major changes in market rules such as guaranteed issue and community rating. How many of the uninsured would sign up? How price-sensitive would members be when they renewed their coverage each year? How will changes in other sources of coverage (such as Medicaid expansion) impact the individual market? How will potential actions by competitors affect an insurer's risk?

Despite the daunting nature of these challenges, actuaries have, out of necessity, found ways to try to address them. For example, faced with the data lag problem, they explored ways to augment traditional claim and enrollment data with new data sources such as marketing databases or pharmacy history data available for purchase. Such sources can be used to develop estimates of the health status of new populations not previously covered by an insurer. Many actuaries also developed agent-based stochastic simulation models that attempted to model the behaviour of consumers, insurers and other stakeholders in these new markets. Such models continue to be used to evaluate the potential outcomes of future changes to the healthcare system, and will probably be essential should efforts to repeal and replace the ACA prove successful.

Information problems: what is a rational actor to do?

Most goods and services in the US have a price tag that consumers can use to 'shop' for the option that they feel gives them the best value for their dollar. Healthcare is different. If you ask how much a healthcare service will cost in the US, the answer is "it depends". List prices such as billed charges for hospitals and physicians and average wholesale prices for pharmaceuticals are increasingly meaningless, given the enormous contractual discounts and rebates that typically apply. The same service may have wildly different prices depending on who is paying for it, and prices may not correlate well with either the clinical value the service provides to the patient or the actual cost to the healthcare provider who renders it. Layered on top of this complex foundation are the often arcane policy provisions that determine a member's ultimate cost for a claim.

Moreover, even if a patient can determine the cost of treatment at different healthcare providers, making an informed choice often requires clinical knowledge the average person is unlikely to possess. Also, many of the most costly services are non-discretionary and often emergent in nature. In other words, even if a consumer wanted to shop they would be hard-pressed to do so.

All of this means that it is exceedingly hard for various stakeholders - patients, doctors, even insurers - to know the true cost of a service at the point of care, much less manage it. Yet a lot of effort has been spent in trying to better align cost incentives for providers and patients. Past efforts have often used crude methods, such as high deductibles paired with health savings accounts, to create incentives. Current efforts such as value-based insurance designs, which vary cost sharing based on a patient's clinical profile, use more nuanced approaches to encourage patients to use high-value care. Moving from fee-for-service to value-based payment models for reimbursing healthcare providers has been a focus of both private and public payers in the US.

While such initiatives show promise, they come at the price of even more complexity - and it isn't always clear that this price is worth paying. The proliferation of more complex benefit designs and provider contracting arrangements can exacerbate the price transparency problems that existed even in the relatively simple fee-for-service world.

Actuaries are well equipped to help insurers, providers and consumers navigate these waters. For example, repricing healthcare claims in an equitable way using actuarial techniques, such as comparing reimbursement rates with a standard fee schedule, is

an efficient way for providers and payers to evaluate cost levels consistently across contracts that may use very different reimbursement methodologies.

Actuaries also have a role to play in developing tools to support clinicians and consumers in understanding the financial dimensions of their healthcare decisions.

Technology: the cause of, and solution to, all our cost problems?

For better or worse, Americans seem determined to seek technological solutions to our health problems, even when lifestyle changes in diet and exercise habits might be just as effective.

Technological advances drive a significant portion of healthcare cost increases, and while many do result in profoundly valuable new therapies, some provide only marginal benefit over existing options at a significantly higher cost. Finding ways to leverage our love of technology to achieve health outcomes more cheaply would be a worthy goal, and one where an actuary could make a difference. Work to use machine learning (for example, in radiology), smarter medical devices, and other data-intensive methods to improve healthcare are still in their infancy, but show promise. From a policy perspective, actuaries could assist in designing novel approaches toward rethinking the incentives for clinical innovation, such as linking payment for new therapies to their clinical value relative to alternatives.

Will the US ever change its relationship status with healthcare from "it's complicated" to something less ambiguous? In the near term, the answer seems to be "no." But perhaps we can hope that - with a little help from actuaries - even a complicated relationship can be a good one.

Lindsy Kotecki is a consulting actuary at Millimans' Minneapolis office