Richard Holloway and Wade Matterson explain that there is no single solution to retirement in Asia, and call for more co-ordination between the public and private sector 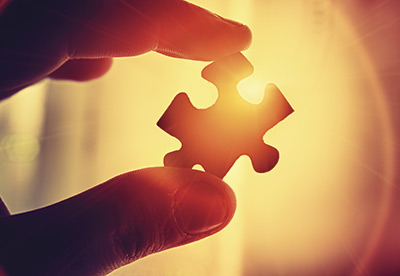 Asia is a diverse region, but when it comes to meeting the needs of older citizens, there's a uniform view that national retirement systems are inadequate, according to a survey of insurance companies, pension funds and fund managers by Milliman.

The report reveals that the demographic challenge extends well beyond Europe and North America and into Asia Pacific. About half of surveyed firms across Australia, China, Hong Kong, India, Indonesia, Japan, Malaysia, Singapore, South Korea, Taiwan and Thailand were of the view that national retirement income provisions work for less than one-third of the population.

This global retirement challenge is being driven by several factors. Retirees are living longer while birth rates are falling, meaning there will be fewer workers to support them. Many governments are unable to carry the burden and are passing the responsibility to citizens.

While the Asia Pacific region is often considered the engine of global growth, many countries within this region are ageing faster than any other area in the world, according to the World Bank. Increasingly large numbers of people are now in retirement, requiring income from family members, employers, personal savings or the state.

Their needs are not being met. Few countries across the Asia Pacific meet the common financial planning goal of providing 60% to 70% of pre-retirement income in retirement (see Figure 1 on next  page). These net replacement rates of pre-retirement incomes remain generally lower than in OECD countries, except for China and Vietnam, according to OECD data. Most countries across Asia Pacific have not yet developed comprehensive, sustainable retirement systems, and those that have, such as Singapore and Australia, still face challenges. Few governments across Asia Pacific have clearly articulated the goals of their retirement systems, according to the survey.

Australia, for example, has built a A$2trn retirement system over the past 25 years but has only now defined the purpose of the system in new legislation: to provide income in retirement to substitute for, or supplement the state age pension.

Providing some degree of income for residents while allowing for some flexibility in self-funding were key reasons cited for retirement systems across Asia Pacific. However, companies in Australia, Taiwan and Thailand placed more emphasis on the system's aim of minimising the impact on the government's finances.

While goals differ, regulations affecting retirement systems are regularly changed, leading to confusion and a general lack of faith in the stability of the system, according to surveyed companies.

A global shift from defined benefit to defined contribution funds, which shifts responsibility from employers to individuals, has further complicated the retirement puzzle.

Consumers across Asia Pacific tend to want simple products that provide some type of income or capital protected guarantee. However, annuity-type products are not readily available, except for Singapore's government-provided CPF LIFE and Australia's slowly reviving annuity market. It is perhaps surprising then that few companies plan to launch true income-focused products, but a lack of regulatory incentives or tax breaks (34%), pricing in a low-interest-rate environment (34%) and solvency regulation issues (29%) remain major roadblocks.

Distribution issues (26%) were identified as a major impediment in India, Indonesia and Malaysia, while inadequate capital markets (21%) were also a major issue except in Japan, which has a significant fixed income market, with tenors exceeding 20 years.

Just over one-third (36%) of respondents intend to develop traditional annuity products. With the challenging array of income-producing product impediments, companies across Asia Pacific also intend to launch a wide range of different solutions.

Looking beyond government: advice and education

The mismatch between consumer expectations and retirement income products suggests that governments have a significant role to play to help address the problem.

However, a large proportion (43%) pointed to another way forward: boosting public financial literacy and awareness. This acknowledges the multiple pillars that retirement rests on, extending beyond government-funded pensions and across multiple industries.

It involves greater use of data to reveal consumers' full financial position at retirement (including assets outside traditional retirement products), new innovative products, and changing behaviour and expectations via quality financial advice.

Financial advice will be crucial to create such sustainable retirement solutions, given that these will inevitably require trade-offs between risk, certainty, flexibility and cost.

While companies across Asia Pacific have called for greater government action to support income-producing products, they also noted that potential new regulations won't supersede the need for financial advice.

A number of barriers remain, such as the cost of advice (63%). Commission-based distribution models can create conflicts and hide true costs, but shifts to 'fee-for-service' advice models, as seen in the UK, Australia, Canada and the US, can be costly and reduce the consumption of advice.

Demand is also an issue, with firms stating that many consumers don't acknowledge the need for good advice, suggesting a belief that governments will look after them or a 'head in the sand' mentality.

It will take better transparency and disclosure in relation to financial adviser interests and greater education to improve the quality of advice.

While there is no single solution to the retirement puzzle, it will take a more co-ordinated approach between public and private sectors to meet the diverse needs of the public.