The art of breaking up 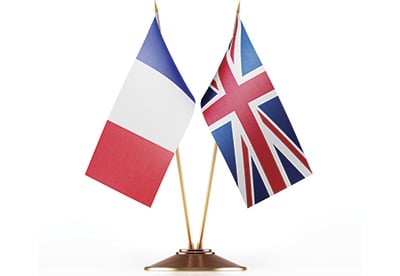 As 2017 marks the 60th anniversary of the Rome Treaty, it was clear from the start of the year that major challenges lay ahead for the EU.

After the June 2016 Brexit referendum results, all eyes turned to upcoming elections in the Netherlands, France and Germany.

The outcome of these elections will naturally be viewed as decisive for the EU's future, even as Brexit negotiations get under way following the triggering of Article 50. On 17 March 2017, the Dutch conservative-liberal party led by the current prime minister won the most seats in that country's legislative elections, providing the EU with its first reprieve. On 8 May, French voters elected an openly pro-European president, and just as quickly the European project appeared to gain a new life. Next are the German elections on 24 September.

The potential implosion or dislocation of the EU has been a distinct possibility in recent years, particularly during the 2009-2011 Euro currency crisis, and even if it seems to have been averted for the time being, one cannot overlook that increasingly large numbers of voters have actively been seeking to exit the Union and that the seeds of discontent have gradually taken root.

For nearly 25 years, European citizens have expressed growing mistrust towards their national institutions and politicians and rejected a certain vision of Europe. The European construction was carried out post-Second World War with a certain degree of euro-conformism prevailing until the end of the 1980s among the founding countries (West Germany, Belgium, France, Italy, Luxembourg and the Netherlands), largely facilitated by a permissive consensus in their populations. National public opinion was nevertheless divided, which only became apparent when the European Parliament introduced direct universal suffrage (1979) and especially with the referendum on the Maastricht Treaty (1992).

Since then, relations between euro-elites and public opinion have steadily deteriorated, leading to feelings of indifference, scepticism and even euro-phobia against a backdrop of rapid EU expansion and an unfavourable economic environment. All of these factors raised the level of concern over Europe (and ultimately culminated in the Brexit vote). The permissive consensus evaporated in the 2000s, and the 2005 and 2008 rejection of the European Constitutional Treaty and the Lisbon Treaty by the French, the Dutch and the Irish have left little manoeuvring room to the political elites.

Today's atmosphere is marked by a polarisation of political decision-makers' attitudes toward Europe. This results in blurred economic visibility for many industries, as all sectors of activity can be affected by even the slightest regulatory changes, owing to the close interconnections between the EU and national institutions as well as the significant volume of intra-EU trade.

The stakes underlying the Brexit implementation are huge on both sides of the negotiating table. Will Brexit be hard or soft? A soft Brexit would involve some form of continued adhesion to the Union, while a hard Brexit would purely and simply eliminate all of the UK's commitments to the EU's single market. Either way, implications will be very different for insurers.

For advocates of a soft agreement, the two-year negotiation period should be used to forge mutual concessions, with a goal of limiting downsides for both parties. The UK could then access EU markets in exchange for an annual financial contribution, all while maintaining the freedom of movement of capital and persons. This option would reassure both capital markets and European workers employed in the respective countries.

Proponents of a hard Brexit would prefer to regain control over immigration by giving up the free movement of capital, persons, goods and services. The UK would then have to renegotiate bilateral free trade agreements with countries that already have trade pacts with the EU, a process that could prove lengthy, costly and risky but would give greater control over monetary and trade policy.

Regardless of the tenor of the negotiations, there will be economic, financial, social and human consequences, largely unknown as of now. So long as negotiations are not complete, commentators on both sides can only conjecture what may happen or issue warnings. It is possible to outline the contours of the impact of Brexit, but companies on either side of the Channel need to closely monitor the negotiations.

The interests at stake are naturally significant: the EU is the UK's largest economic partner (accounting for 44% of British exports of goods and services) and the UK is the largest recipient of foreign direct investment in Europe. The British financial sector (finance, banking and insurance) generates approximately £200 billion in annual revenues, 1.1 million jobs and nearly £70bn in annual tax revenues. According to a 2016 research report by consulting firm Oliver Wyman, the UK financial sector stands to lose between £32bn and £38bn in revenues and between 65,000 and 75,000 jobs if the UK's access to the single market is sharply curtailed. Annual tax revenues could drop by £18bn to £22bn.

If it loses European passporting rights, the UK financial industry will need to find ways to offset the lost business and costs incurred by any business relocations. The UK could seek to obtain 'equivalence agreements' for certain business sectors, but any success on this front is again conditional in part on the willingness of the remaining 27 members. Brexit will also have consequences on market infrastructure - for example, the historically controversial issue of where to base clearing houses has been revived, especially since the European Banking Authority is currently based in London. Several continental financial centres are in the race to replace London. Will it be Amsterdam, Dublin, Frankfurt, Luxembourg or Paris?

For actuaries, whose business involves anticipating and assessing risk, the present period opens up a vast range of potential implications, be it on a professional level because they work for a British company with economic interests in continental Europe, or on a personal level because they are EU actuaries working in the UK (as is the case for 159 members of Institut des Actuaires and many more other EU actuaries) or IFoA members working on the continent.

The Brexit negotiation period will in all likelihood mobilise considerable actuarial resources, which should benefit consulting firms. This is a familiar scenario for insurance companies, which over the past decade have already devoted significant resources, particularly actuarial, to prepare for and implement Solvency II.

It would be most unfortunate if they should have to mobilise these same resources during the next 10 years to manage the Brexit fallout, especially given the other important European regulatory changes expected in the 2017-2019 period: the new insurance distribution directive; revised calculation of the standard formula for solvency capital requirement; and the application of the directive on the security of network and information systems, to name a few.

Because these regulatory changes will directly affect the entire insurance value chain, the actuarial impacts of compliance need to be assessed in advance. Adapting information systems, assessing the effects on policyholder behaviour, estimating the resulting liabilities, revising own risk and solvency assessments and even determining the new economic capital requirements are just a few examples of the very concrete changes that these ongoing developments will create - all of which strongly make a case that actuaries will remain in high demand.

The rapid growth of European regulations is merely the continued implementation of priorities formulated by the European Commission and the European Supervisory Authorities (ESAs), and creates substantial operational challenges for insurance companies, and in particular for actuaries. All the while, of course, international competition continues apace.

Concerning the actuarial profession, the historically strong and influential role of the IFoA within the Actuarial Association of Europe (AAE) can only suffer from Brexit, be it soft or hard.

AAE governance systems will need to evolve and determine what the IFoA's future role should be. Given that the actuarial profession is internationally organised, it can and should overcome political barriers. However, the AAE's role is also to be the actuarial voice and sounding board to ESAs such as the European Insurance and Occupational Pensions Authority, the European Banking Authority and the European Securities and Markets Authority, and hence to influence EU regulation. As such, there is a strong argument that more influence should be bestowed upon local EU actuarial associations than non-EU ones. This is obviously another matter for discussion.

An exit agreement negotiated simply and amicably will certainly ensure a better overall outcome than one reached through contentious negotiations, and that puts Europe in a precarious position against international competition.

David Dubois is president of the Institut des Actuaires