Clued up on DB pension obligations and risks 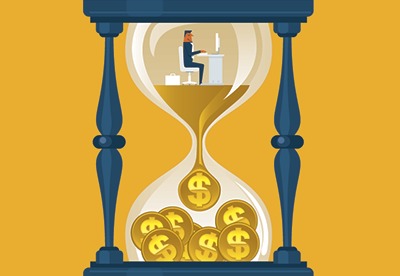 The fact that many UK listed companies are facing spiralling defined benefit (DB) pension deficits has been widely commented on over the past few years. However, the difficulty in assessing the extent of these 'pension black holes' using publicly available information is truly disconcerting. When even pension professionals are having to interpolate to build an understanding of a DB scheme's ongoing or discontinuance funding positions based on public information, it is certainly near impossible for the average reader of a company's accounts.

Mandatory disclosure under pension accounting standards is relatively limited and restricted by standardisation. However, some companies make voluntary additional disclosures to help readers understand the true risk associated with their pension schemes.

We recently looked at these voluntary disclosures across those FTSE 350 companies having UK DB pension schemes accounted for under the International Accounting Standard 19 ('IAS19').

After analysing hundreds of accounts, our conclusion is simple: most of the companies investigated do not provide sufficient information to allow investors, as well as other stakeholders, to fully appreciate the scale and volatility of the funding obligations associated with the DB schemes within their portfolios. This is critical as, for many companies, pension liabilities have the longest duration and are therefore the most volatile liabilities on their balance sheets.

In our research, we focused on disclosures in relation to:

In terms of risk, nearly all (92%) companies disclosed sensitivities to key assumptions (such as the discount rate, inflation rate and longevity), and most (75%) disclosed the discounted mean term, or 'duration', of their DB liabilities. The duration, together with the cashflow or membership profile (disclosed by 43%), can give valuable insight into the maturity of a DB scheme, informing the time available to recover from a funding shock.

No company disclosed a holistic measure of the risk their schemes are running. For example, the value at risk (VaR) of the funding position may be used to judge how significantly the scheme would be affected by a negative shock - for example, unpredictable events such as Brexit. Alternatively, standardised stress scenarios could be used to avoid the 'adviser arbitrage' that would most likely come from picking the economic scenario generator that produces the lowest VaR. Scenarios would, arguably, also be more intuitive to the average reader of the accounts.

It is understandable that the risk run by pension schemes, which is often significant, is never voluntarily disclosed, but that is not appropriate. While there might be push-back from companies, it should be every investor's and pension scheme member's right to know the extent of risk to which the scheme's funding position is exposed. Interestingly, we found that disclosure of positive actions taken to reduce risk was also limited, as only 37% of companies mentioned hedging (including liability-driven investment). 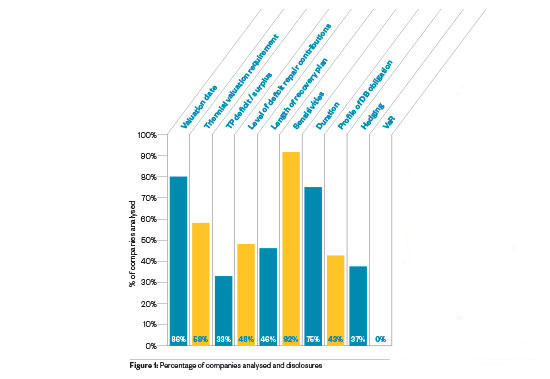 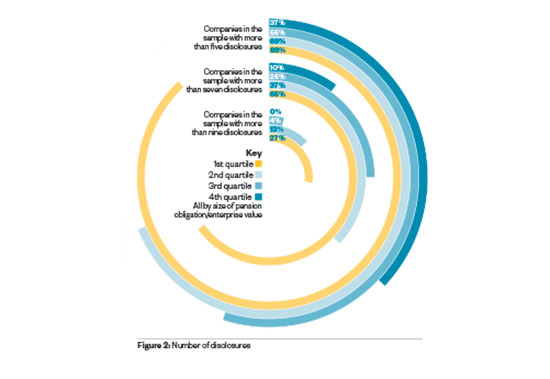 We observed that companies whose IAS19 pension liabilities were more significant relative to the size of their businesses, as measured by enterprise value, tended to disclose more voluntary items. This is fairly intuitive, as stakeholders of those businesses are becoming increasingly aware of the relevance of pension issues and are demanding more information. And rightly so, as if there was more transparency around genuine funding and risk dynamics, BHS and Tata-type situations may be more avoidable. Specifically, further disclosure should help to highlight the growth of a scheme and its risk profile relative to the employer covenant supporting it significantly earlier, giving stakeholders and regulators additional information and a greater chance to take remedial action.

More granular scheme-specific disclosure along the lines we call for does exist in some quarters. Scheme members do have access to the trustees' annual report and accounts, which, following introduction of the new SORP2015, should now include much more helpful information about the specifics of a scheme's assets, liabilities and investment risks and costs. Adding similar requirements to IAS19 would help bring vital information to all stakeholders, and level the playing field relative to those 'in the know'.

We also feel the Financial Reporting Council's long-term 'viability statement' might just be the springboard needed to overhaul risk-related pension disclosure. As best practice develops around this statement, companies can be expected to include within their modelling the risks associated with their pension schemes, and such analysis can form the basis for better disclosure. We would advocate mandatory disclosure in relation to:

Some of these disclosures could result in 'scary' numbers, but with pension deficits at an all-time high, readers of the accounts should expect to be presented with a 'true and fair' picture of the pension obligations and associated risks. The one-size-fits-all approach under IAS19 gives readers of the accounts a false picture of the true funding dynamics of a pension scheme. Voluntary disclosure has not yet managed to fill this 'information gap', or indeed provide a meaningful indication of risk. This needs to change.

Matthew Harrison is a managing director of Lincoln Pensions

This article appeared in our May 2017 issue of The Actuary.
Click here to view this issue
Filed in
05
Topics
Regulation Standards