How much is enough in retirement? 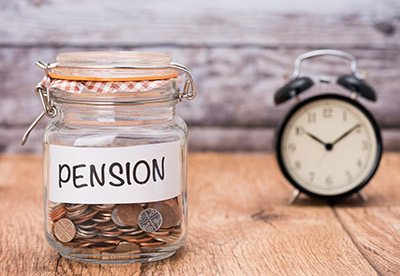 How do you know if you're saving enough for retirement? The measure we've come to depend on is the final earnings replacement rate, usually targeted at around 70%. This benchmark is relied on by advisers, academics and public policy analysts around the world. It has become enshrined in our pension systems and financial planning software, and it drives the research that determines whether populations are prepared (or not) for retirement.

But here's the problem: the 70% replacement rate doesn't work.

Good in theory, not in practice

In 2009, I led an extensive literature review on replacement rates, studying over a hundred papers and articles. We found many interesting insights but could not find a single study proving that the 70% final earnings replacement rate is a valid measure. There were no studies that examined a sample of real (not made-up) workers, followed them into retirement and tested whether those hitting 70% maintained their living standards after retirement. We were unable to confirm that the 70% replacement rate 'worked'.

That means - despite how widely it is used and how often it is advised - the 70% final annual earnings replacement rate isn't an accurate measure of retirement income adequacy.

So what does that mean in practice? Should the target be 60%? 80%? The issue isn't whether 70% is too high or too low. The replacement rate fails because a single year of employment earnings isn't a reliable representation of a worker's living standards.

1. Basil is the sole worker of the family, he and Gaby rent their home, and they have five children. Basil receives relatively little of that £50,000, so a retirement income of £35,000 is significantly more than he will need to maintain his current living standards. While the common perception is that it's always better to save more, the scrimping and saving required by Basil would be at his family's expense.

2. Basil's wife, Gaby, earns twice his income, they own their home, and they have no children. Here, Basil's living standards are significantly higher, with over 10 times the money available to spend on himself than in the first scenario. If Basil targets £35,000 in gross retirement income, his living standards will take a significant dive after retirement.

As you can see, a change in personal circumstances can have a dramatic impact on living standards. In both scenarios, the 70% rule of thumb leads to inaccurate and potentially harmful advice. While employment earnings are an important piece of the 'living standards' puzzle, there are many other factors to consider (see Figure 2), which can fit together in an infinite number of ways. No fixed percentage of employment earnings will cover the whole picture.

In summary, the earnings replacement rate does a very poor job of predicting living standards continuity because it:

1. Relies on an inadequate measurement period (just one year of earnings)

To properly calculate living standards, you need to incorporate all these factors, as well as how they interact with one another. Failure to do so is the main reason there has been such a wide range of often conflicting reports on retirement preparedness and the potential impact of pension reform.

Once I realised the usual measure of retirement income adequacy doesn't work, I was committed to finding a better, more accurate measure. That led me to the living standards replacement rate (LSRR).

Drawing on best academic practices, the LSRR determines how well a worker's living standards will be maintained after retirement by comparing how much money the worker has to support his or her personal consumption of goods and services, both before and after retirement.

For example, here is a much-simplified LSRR calculation for married homeowners (Gaby and Basil) who intend to stay in their home after retirement:

1. We start by determining how much Gaby and Basil are currently spending on their personal consumption this year, calculated as their combined income less drains on that income: taxes, payroll deductions, money spent on kids and others, and net savings (including mortgage payments).This exercise should be done at a family level and averaged over a representative number of years. This amount becomes the target Gaby and Basil will want to match in retirement to maintain their current living standards.

2. We then estimate what they will have available to spend on themselves in retirement, as combined income (from employer pension plans, social insurance benefits, social-assistance benefits, and savings) less drains on that income (taxes, money spent on kids or others and any mortgage repayments).

For general assessments of retirement income adequacy at a population level, the goal is to ensure continuity of current living standards, or an LSRR of 100%.

It's important to note that consumption changes a lot in retirement, and so does spending, such as more recreational spending during the early part of retirement and more on healthcare expenses as people age. There are also financial risks that people face, such as financial markets, unemployment and divorce. The LSRR is a more accurate alternative to the conventional earnings replacement rate, but it's not a risk measure, although it can be used in a risk analysis (for example, by examining the distribution of outcomes under various future scenarios). 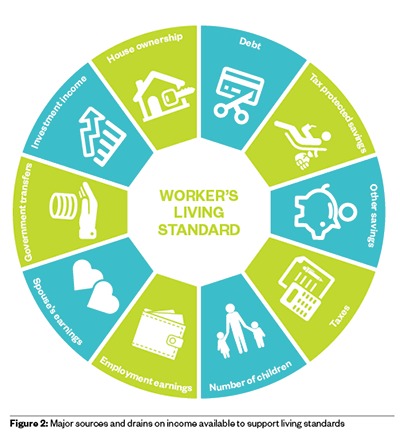 Good in practice, as well as theory

By directly comparing how much money workers have available to support their personal consumption before and after retirement, and setting the goal at 100% replacement, the LSRR is a more intuitive measure - one that's easier to communicate to key stakeholders and has broad applicability across the retirement industry.

Plan sponsors and financial advisers can use the LSRR to understand whether their population will be able to retire with the lifestyle they're accustomed to and on time, mitigating the risk of future legal claims regarding retirement income expectations and allowing for a more orderly workforce transition.

At the individual level, there has been significant interest in Canada for building an 'online' LSRR calculator. Such a tool would help workers to understand and appreciate (1) the 'cost' of their current living standards, (2) what spending they will be likely to have in retirement to support the continuity of those living standards and (3) how financial decisions will affect those living standards after retirement. They can then implement strategies to overcome any gaps, such as saving more (or less), changing their retirement date or adjusting their retirement lifestyle to make the most of their budget. With financial literacy increasingly becoming a major concern, as well as the greater responsibility for individuals to manage their own retirement financial security, understandable advice that 'real' people can access will go a long way.

Policy analysts can use the LSRR to evaluate their current retirement system across the population, identify vulnerable groups and understand the implication of policy changes. The LSRR framework provides a more consistent measure of retirement income adequacy, which will facilitate the interpretation, comparison and integration of research around the world.

One major Canadian firm has used the LSRR to evaluate plan designs and financial outcomes for more than 100,000 working Canadians. In addition to private industry, the LSRR has been adopted by the Canadian provincial government and is being considered by governments around the world. Lastly, various actuarial and financial planning professional associations, both national and international, are interested in the LSRR for the benefit of its members.

The LSRR can be computed with simple deterministic projections, sophisticated dynamic stochastic micro-simulation modelling or something in between (depending on the required or practical degree of complexity). Analysts will inevitably run into gaps in the data, which they will need to fill. Nevertheless, data constraints should not create a barrier to adopting the LSRR. It's far better to grapple with data weaknesses or gaps and make informed assumptions when necessary than to rely on simplistic, invalid benchmarks that can lead to misleading and possibly harmful conclusions.

With ageing populations and widespread concerns about retirement income adequacy, we can't afford to keep using outdated, ineffective measures. Financial professionals have already started to use the LSRR in Canada, and it's gaining traction internationally. The LSRR framework offers a real alternative to the conventional replacement rate - bridging the gap between good science and industry need.

This work has also been recognised for its academic merit, winning the 30th International Congress of Actuaries' Pension, Benefits and Social Security Scientific Committee Award Prize for Best Paper in 2014. The LSRR research was published in a leading actuarial academic journal and can be downloaded here: dx.doi.org/10.1017/asb.2016.20

Bonnie-Jeanne MacDonald is a Fellow of the Society of Actuaries and an academic researcher at Dalhousie University in Halifax, Canada

This article appeared in our May 2017 issue of The Actuary.
Click here to view this issue
Filed in
05
Topics
Pensions