Good questions with no good answers

In the third of a series of articles, Paul Harwood says experts should persevere in a post-truth world 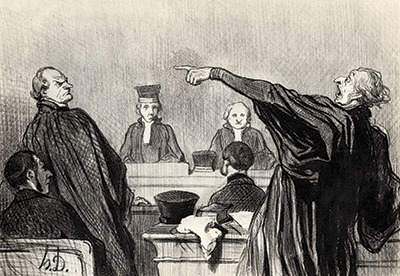 The world is full of reasonable questions for which we have no reasonable answers. Take Brexit. Are we better off in or out? The answer is that nobody genuinely knows - any other response depends on a huge number of assumptions. However right this answer, it isn't deemed acceptable. The public repeatedly reports confusion and frustration with politicians for their lack of clarity.

Who promotes the idea that every question has a bite-sized, unambiguous answer? The media? Journalists say that they reflect the public mood, although is their interest less about debate and more about promoting proprietor-influenced views?

The danger of questions with no reasonable answers is that the audience, bored of the reality, looks for other triggers to aid their decision-making. Brexit is a great example. In the absence of a good answer, did people subconsciously alter the question to: 'Am I fed up being told what to do?'. This is a question sure to precipitate a 'yes' if ever there was one. It is an emotional, loaded question, an appeal to a yearning for change and a rejection of 'the establishment knows best'. It is politics writ large. Perhaps the single greatest lesson from behavioural economics is that there are certain conditions when emotion trumps logic, hot brain beats cold, fast thinking overtakes slow.

Even numbers couldn't undo the leave campaign. The accurate but misleading assertion about the gross EU contribution was widely condemned, but it wasn't a lie. It just lacked context. Complaints were too easily dismissed as nitpicking. Interestingly, the BBC's response was 'you've seen both sides, now you judge'. This is reporting with an overarching need for balance, not truth. It feels wrong.

The remain campaign is hardly whiter than white. Its assertions about the immediate consequences of an out vote have been proven largely false. Or have they? The emerging situation is like fitting a lid on a box containing a balloon: push the lid down at one end and the other pops up. Rather than a modest decline in many economic factors, only one factor has changed (sterling declined) while others have behaved benignly or positively. In the debate, no-one dared to focus on a sharp change in only one factor. Many actuaries are familiar with the difficulties of communicating single and multi-factor test results to boards. It's hard enough then, let alone with the electorate.

Alternatively, consider the time horizon. George Osborne's emergency budget aside, economists continue to warn of medium-term deterioration. Even Andy Haldane in his 'fair cop' admission over the central bank's Brexit projections has suggested 2017 will be a "somewhat more difficult year". The effect of a leave vote was always going to emerge over the long term. This introduces its own uncertainty: the longer the projected term, the greater the opportunity for an unprecedented shock that renders all careful calculations meaningless. Thus the Brexit vote was a choice between an appealing illusion and an over-modelled vision that might turn out to be true over the long term, but subject to shocks between now and then (and who trusts experts anyway?).

Maybe the facts just don't matter. The concept of a post-truth world has captured the public imagination. Post-truth behaviour has been explained as an instinctive preference for 'story' over 'fact'. In the IFoA Spring Lecture 2016, professor David Spiegelhalter drew attention to the failings of the deficit model of communication (you have a gap, these facts fill it, now go away) and suggested a much more audience-sympathetic, story-like approach.

It's not quite that simple though. A recent BBC Radio 4 programme suggested that while story wins in the short term, over time, if story fails to play out, facts persist. We might not initially like the expert view, but if story fails, respect for expertise increases.

As an expert profession, we have to wonder at the kicking that experts have received recently. Usually, this stems from misunderstanding by media. Experts are good at explaining what usually happens, but poor at describing the world beyond and even worse at assessing its likelihood. Experts sign up to a body of knowledge that helps explain events. They are comforted by consensus; see Andy Haldane noting the bank's forecasts were "in common with almost every other mainstream macro-forecaster". Experts are programmed to resist admitting that a situation is beyond their understanding, because to do so would be to undermine their profession, and there is no shortage of other voices prepared to opine, regardless of their competence to do so.

Yet if the audience chooses the story over the facts, that is no comfort. What choice do professionals have in this situation? Stepping outside the body of knowledge is dangerous, foolhardy, unprofessional, yet might possibly be viewed as inspirational, visionary and creative. A lot depends on who is forming the judgments and their power to change the future (which makes the Trump presidency interesting).

Day to day, many risk management questions are reasonable, but lack tractable answers. We need boards to appreciate the difficulties and understand the limitations of advice, but not see risk management as a blockage or a drag on speedy decision-making. In return, we have to ensure the context is described, so expertise is properly bounded and its limitations understood. The tension between a popular platform and professional integrity is a hard balance to strike, but it is at the heart of a professional, as distinct from a convenient, approach. With persistence, risk management should be the better for our contribution.

This article appeared in our May 2017 issue of The Actuary.
Click here to view this issue
Filed in
05
Topics
General Insurance