Jeremy Lee and Richard Purcell talk to Paul Sweeting about research, becoming a novelist, and the importance of cheerleaders for the profession 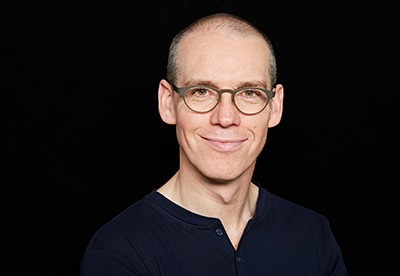 It's been six years since The Actuary sat down face to face with Paul Sweeting, despite his various editorial contributions to the magazine. During this time, he has worked as a managing director at J.P. Morgan Asset Management and as head of research at Legal & General Investment Management. More recently he returned to a full-time position as professor of actuarial science at the University of Kent, but maintains an involvement with industry so that "real-life problems can feed into my research and also into my teaching".

So what was it that drew Sweeting into academia?

"It was a conscious decision to focus on research. There was an ever-expanding pile of projects I wanted to look at and it seemed increasingly like I wouldn't have time."

Did the need for a commercial angle to research in the asset management industry have any bearing on his decision? While Sweeting accepts there is less pressure in academia to be able to draw a direct line from research to a client need, there remains an increasing focus to draw out the real-world impact of research. However, he adds: "There is certainly more flexibility to go down several different alleyways of research, some purely to push the frontiers of knowledge. Obviously, I like to get funding in when I can, but there is a whole range of activities that an academic will bring through their role, including teaching and attracting students."

One of Sweeting's areas of research tries to answer the question of how can you build an offering in a defined contribution (DC) world that still gives a reasonably predictable level of income in retirement, even if you don't necessarily buy an annuity: "We're not going to have a one-size-fits-all solution. Segmentation is going to be key; different people need different things. Someone with a small DC pot, but a big portion of defined benefit (DB) pension will look for different things from their DC pot compared to someone who has had only DC pensions for 40 years. This will be different again from someone who has only had DC for 20 years and nothing else. There will also be different levels of financial sophistication and access to advice."

So how do you best specify what someone is trying to achieve? "I'd be surprised if there was a single killer solution that came out and took the whole DC market. It will be simple, 'best attempt' solutions that hit a broad marketplace and will put people in broadly the right position so they don't go too far wrong. But we should also be looking at more sophisticated solutions for those who have the desire and the means to pay for more tailored advice."

What about the role of actuaries in a DC world? "There have been attempts to move the focus of pension consulting from DB to DC but I think that is too small a step, because already the focus is less on DC pensions and more on retirement savings, which is broader than just pensions. It's a whole range of different products which are sold to individuals directly as well as being provided through the workplace. If pensions actuaries are able, they should be trying to manage their way into this broader retirement savings space rather than trying to focus on an alternative workplace pensions role."

With the changing landscape, we ask Sweeting his view on the role advice will play: "Advice of the future is not going to come from your local IFA or a tied-adviser in your local bank. It's much more likely to be through some online service into which you can feed the details of your various pensions and saving plans. It can then pull that together with a whole range of other information to give the 'advice'. That's going to be far more scalable and far less expensive." When asked if in this battle for assets he backs the product-focus of insurance companies, or the value-focus of asset managers, he says "I'd like to think that insurers will win because they will be employing the right sort of actuaries to develop the right sort of products, which have an element of longevity protection, and that is something people will value. But I don't think the fact that they are insurance companies will in itself be a particular help or hindrance in that battle."

Taking a leap to wider fields

We move on to actuaries transferring their skills outside their traditional areas and the progress of the CERA qualification. Sweeting was instrumental in the development of enterprise risk management as a subject (also known as ST9) in the IFoA's education syllabus. In fact, his book Financial Enterprise Risk Management has been on the must-read list for students from the start.

Sweeting reflects: "We're seeing an increasing number of people in risk functions who are CERA qualified. And it's not just students coming through who are taking ST9 but also qualified actuaries who are going back to study it. I think it's great that the content of ST9 and the CERA qualification has been seen to add value and is helping people to do their jobs."

We ask Sweeting if he thinks ST9 and CERA are also contributing to the move to wider fields. "I do think it is ultimately very difficult for junior actuaries to make the move outside the traditional areas. You may find some senior actuaries do take that leap, and they are able to do so because they can either take a cut in salary or because of their broader business experience. But I'm not sure that is going to necessarily mean that we have huge swathes of actuaries working outside the core areas anytime soon."

He adds: "It's a real challenge and one that should be a key area of focus for the profession - getting actuaries into businesses other than pension schemes and insurance companies. Most actuarial trainees work in the core areas: life insurance, general insurance, healthcare, pensions. If you look at actuaries in banking, most of them are there because they understand pension schemes and life insurance companies and how to design solutions for them. So they're not really working in banking, which is a shame because I think actuaries have an awful lot to add in those areas."

We ask Sweeting what ideas he has to take on this challenge. "We need to have cheerleaders in other industries to pull actuaries in rather than trying to push them. What we really should be trying to do is to find people - who aren't actuaries - already doing well in such broader roles and get them into the actuarial profession. These individuals are already essentially part-qualified through the job they are doing, and have a range of skills that will overlap to a greater or lesser extent with the actuarial qualification. If we give a well defined, attractive route to membership of the IFoA, by which I mean Fellowship or Associateship, then they will hopefully become better placed to see what value actuaries can add and in time that might help move some actuaries over there." We ask if there are any particular people or roles Sweeting has in mind: "I think there are a number of areas in banking where there are very few actuaries working, but where the type of work done lends itself very well to the actuarial skillset."

SIAS: life after The Actuary

To add another string to his bow, Sweeting was also recently appointed as chair of the Staple Inn Actuarial Society (SIAS). We ask him what he hopes to achieve in this role. "I'm very lucky that the committee I've joined is extremely capable and proactive and would be doing a very good job with or without me", he says. Inevitably we ask him about the sale of The Actuary from SIAS to the IFoA in 2015 and what is next for the society. "I would like to help guide SIAS through this 'post-Actuary' phase of its life. To help make sure that we reach as large a number of students and young actuaries as we can.

"SIAS has great opportunities for widening social circles of young actuaries, giving them experience of public speaking, of writing papers and of presenting. And all this value for a very small outlay."

Sweeting elaborates on one of the more recent initiatives in this phase. "One new event we have been trying out is to run dinners for smaller groups. The idea is to give the most engaged of the younger actuaries an opportunity to really pick the brains of senior and influential industry figures and talk to them in a way they would not be able to if it was a large talk. Our first dinner was with Dawid Konotey-Ahulu and myself - it was a very encouraging group of SIAS members that came along and was extremely successful."

Another of Sweeting's interests is writing. His aforementioned risk management book has an imminent new edition. We ask him what's new. "It is partly an update - the regulator was still the FSA when the book was first published. And there's a lot more on Basel III. There is also a new section on Bayesian networks. One key addition is some questions at the end of each chapter to help readers see how well they are getting on."

"In writing a novel, it's more about plotting; getting the right things happening at the right time and leading the reader in the direction you want them to go, and occasionally trying to point people in the wrong direction. Whereas for a textbook, you really don't want to be pointing people in the wrong direction - you're trying to be as clear, concise and unambiguous as possible. In a textbook, the structure decides itself to a certain extent, but, in a novel, it's one of the key parts to get right and makes it more of a structuring job."

Should we be expecting more fiction from Sweeting? "I have ideas for a few more novels - not crime novels. I would quite like to write a popular finance or science book. A lot of topics, for example on the longevity side, lend themselves quite well to a less technical book."

Whether it is fact, or fiction, it seems like there are still plenty more chapters to come from Paul Sweeting.

This article appeared in our May 2017 issue of The Actuary.
Click here to view this issue
Filed in:
05
Also filed in:
Interviews