In the second of his short series of articles to demonstrate risk management in practice, Paul Harwood explains what we can learn from financial scandals of the past 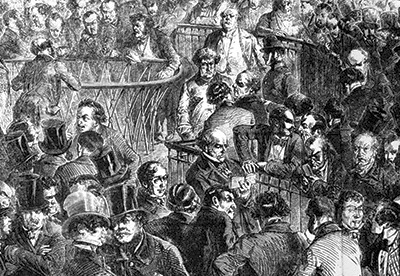 In 2012, Forbes magazine reported that Wells Fargo cross-sold better than any other similar institution. But in 2016, 5,300 Wells Fargo employees were fired because they established over two million phony accounts. Staff routinely did this, with or without informing customers, to benefit from sales incentives.

The amounts lost by customers (sometimes money was borrowed and returned once the incentive was triggered) tended to be small. At inception, these were victimless, or at least victim-light, actions. Their commission might be explained as 'normalisation of deviance', the repeated tolerance of activity at the margin of acceptability, while the wider impact is lost. This erosion happens while those involved are convinced of their personal probity. They believe that their behaviour is proper, rigorous and right.

Normalisation of deviance was cited by sociologist Diane Vaughan in her investigation of the decision to launch the fatal Challenger shuttle mission. She found engineers were not 'amoral calculators', but 'quite moral and rule abiding as they calculated risk'. Through normalisation, they had systematically deluded themselves: 'they redefined evidence that deviated from the standard so that it became the standard'.

The result is that good people engage in wrong-but-accepted activities, which appear to be victimless, at least initially. JK Galbraith's description of embezzlement fits: "Weeks, months, or years elapse between the commission of the crime and its discovery. This is the period when the embezzler has their gain and the embezzled feels no loss. There is a net increase in psychic wealth." For Wells Fargo, this was embezzlement of information. While no-one knew, there was no pain.

Invoking relative standards is part of normalisation. 'It's what everyone was doing'. In retrospect, we are unsympathetic to these arguments, especially when behaviour contrasts with mission statements. In these circumstances, professionalism and a commitment to the public interest come into its own. The problem at the time is whether there has been a real change ('things are different now') or simply a convenient perception of one. That's a hard call to make without an ethical touchstone. With one, it becomes straightforward, but no less commercially difficult to communicate.

Wells Fargo would have been better incentivising the reporting of unethical practices. Why don't firms get serious about encouraging such debates? They would provide a continual, robust tyre-kicking of the ethics of business practices and models. Firms repeatedly assert that their people are their single greatest asset. Listening to them should be important.

Is it too expensive? Hardly. Look at how much Wells Fargo lost. Maybe it is too messy to have to deal with employees who have higher ethical standards than their firms. Aren't these the best people to listen to though? If there are too many of them, that in itself is a strong signal.

Maybe it's a definition problem. One man's unease is another's approach to achieving a goal. Discussing this across and up and down a firm provides a proper debate about risk tolerances and forces an openness about business activity that might otherwise not happen. It is true engagement.

A problem for the future

Wells Fargo's own published statements about culture were gold-plated and best practice. Too often, those responsible for governance relied on documentation without testing its veracity. Non-executives are reluctant to interfere with management. But then the documentation presented is all there is. By definition, there is no effective challenge. In which case, how can non-execs provide any comfort?

Firms issue their mission statements with the full support of their boards. Employees, sometimes quite senior, accept that these statements can be close to meaningless. Meaningless but unchallenged? This feels like the first step to deviance normalisation. If the most widely publicised statement lacks integrity, what cultural message does that send?

There have been too many financial services scandals where the steady erosion of standards has masked an expensive future problem. The resulting widespread loss of trust will take decades to restore. A robust commitment to professionalism, to integrity and to considering the absolute, not relative, ethics of commercial activity is essential to re-build the reputation of the sector. The actuarial profession has well established structures in its approach to professionalism. As a thought experiment, perhaps as a profession, and to test these structures, it's worth considering how we might have intervened to prevent some of the recent problems.

This article appeared in our April 2017 issue of The Actuary.
Click here to view this issue
Filed in
04
Topics
Regulation Standards