To Brexit or not to Brexit: Is Solvency II here to stay? 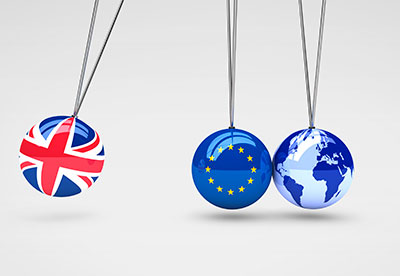 Solvency II, which came into force in January 2016, is the European Union (EU) Directive designed to protect policyholders by aligning insurance and reinsurance firms' regulatory capital requirements to their true risk profile and to create a level regulatory playing field for European insurers.

Following the UK referendum result in favour of leaving the EU, the UK Treasury Select Committee launched an inquiry into Solvency II, a directive which was more than 10 years in the making, to determine if there are any options for UK insurers.

Andrew Tyrie, the Conservative chairman of the committee, described Solvency II as having "manifest shortcomings" not the least being its substantial implementation costs for UK firms, estimated at circa £3bn. He added that the committee will look to see if improvements can be made post-Brexit. UK insurers have been highly critical of Solvency II, mostly in relation to the cost burden it imposed on them over the value that they have been able to extract from its implementation.

Arguably, now that Solvency II is in force, the UK insurance industry has generally wound up its Solvency II implementation programmes and most firms are seeking to extract value from their investment by rapidly bedding down the directive rules into 'business as usual'. For example, the Own Risk and Solvency Assessment (ORSA) process is a valuable management tool in terms of risk-based and capital-led strategic planning and business growth. Firms also stand to gain significantly through the continuous development of their internal models, resulting in better risk-calibrated capital levels, and reinsurance and pricing decisions, to mention a few.

Solvency II business benefits aside, the vociferous opinion remains that the UK insurance industry has already spent too much time, money and effort in Solvency II implementation, even to a point of no return, some would say. Furthermore, Solvency II is enshrined in UK law and is an integral part of the regulatory system. In practice, Brexit or no Brexit, the wholesale 'roll-back' of Solvency II seems pragmatically unfeasible or at a huge cost to the industry.

Brexit negotiations still need to start and it remains unclear what the ultimate Brexit relationship with the EU will look like. Ideally, UK insurance firms would want to retain their ability to sell insurance products across EU borders through what are known as 'passporting rights', which would be possible if the UK were to negotiate to stay within the European Economic Area (EEA), like Norway. Staying within the EEA, however, would require UK insurers to comply with the Solvency II Directive, as part and parcel of that deal - at least, as it is currently for Norway.

Post-Brexit free trade with EU countries, or an EEA-membership agreement, is likely to mean that UK insurers would still need to abide by EU law (Solvency II in this case), but in so doing the UK would relinquish its rights and power to negotiate in Brussels. Consequently, UK insurers have to accept Solvency II and other EU rules, without having any direct negotiating power round the table or input into the formulation or amendment of the rules. There is already a growing strong lobby (including by the UK insurance industry and regulators) to amend a number of Solvency II provisions as early as possible.

Solvency II is fast becoming an international insurance regulatory standard, with regulatory authorities outside the EU, for example the Monetary Authority of Singapore among a number of others, implementing Solvency II-type rules within their jurisdictions. As a result, Solvency II is not just an EU regime but, increasingly, a global one. In light of this globalisation of Solvency II, it would be reckless for UK insurers to bail out of complying with Solvency II rules, or a set of rules based on the same principles as Solvency II, as this could have a significant adverse effect on their reputation and competitiveness. And after all, it is the UK which first introduced the ICAS (individual capital adequacy standards) regime, which can arguably be considered to be the main inspiration to Solvency II.

Even if Brexit negotiations were eventually to repeal Solvency II, that is not to say it will not be replaced by a package of rules very much based on Solvency II principles. Is it therefore a case for UK insurers to argue in favour of the devil they know?

Jacqueline Fenech is director at Protiviti