What if: We found a cure for cancer? 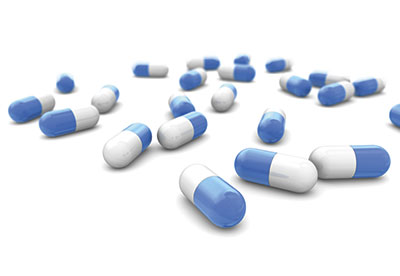 Given that 63% of claims on a critical illness (CI) policy are related to cancer (according to Hannover Re's Life Branch estimate, 2016), it is worth looking at streams of research that could one day lead to a cure and the potential impact on the insurance industry.

Only 30% of the £498 million spent in the UK on cancer research was focused on treatment, such as chemotherapy, radiotherapy and surgery. The remainder was spent on improving our understanding of cancer; its causes, progression, methods of detection and prevention. It is only through this type of research that an eventual cure may be found. The picture is similar on a global scale; 27% of the £3.4 billion spent globally in 2008 was targeted on treatment; the rest was spent on activities relating to the search for a cure.

But cancer isn't just one disease. There are over 200 types of recorded cancers, and certain types attract more investment. In the UK, 54% of research was site-specific, for example, looking at only breast cancer. On a global scale, 81% is site-specific, owing largely to condition-specific charities in the US. Given the above picture, it seems reasonable to suggest that site-specific cures will be discovered before the medical community arrives at a one-size-fits-all cure.

That said, at its very root, cancer is caused by abnormal cells multiplying out of control. Can we find a cure that tackles this issue directly? What if there was a catch-all cure? We take a look now at the current fields of research that could hold the key to a cancer cure.

The three areas of research that we identify here are immunotherapy, finding a way to deactivate telomerase and gene editing.

?  Monoclonal antibodies are antibodies manufactured in the lab that bind to cancer antigens and destroy cancer cells.

?  Checkpoint inhibitors disengage the immune system's brakes so that it can attack the cancer cells directly.

?  Cancer vaccine similar to those used to prevent diseases like measles or chicken pox.

?  Adoptive cell therapy, in which certain cancer-fighting cells, called T-cells, are extracted from the body, multiplied in great numbers and then reintroduced. This effectively gives a kick-start to fighting cancer.

?  Oncolytic virus therapy, where a virus is used to infect cancer cells in order to destroy them.

Immunotherapy has appeared in the press recently too, including for example the use of Pembrolizumab for patients with advanced melanoma.

Over time, after multiple replications, these caps get worn down and our DNA is no longer protected. At this point, a signal is sent to stop our cells dividing further so as to avoid the damaged cell being replicated (this is called programmed cell death or apoptosis). This is a brilliant safeguard against cancer, since cancer itself is caused by abnormal cells multiplying out of control.

However, with eight out of 10 cancers, this mechanism fails. Cancer cells reactivate telomerase, an enzyme that produces telomeres, thereby cheating the system and multiplying without limit.

If there was a way of selectively switching off the telomerase in these cancer cells, we could have an effective weapon in curing the majority of cancers. However, the real challenge is in ensuring that telomerase is deactivated in abnormal cells only, otherwise we could end up with the unwelcome side-effect of an early death.

Gene editing involves inserting, deleting or replacing DNA in an organism's genome. This is an extremely complicated area, and progress has been slow. The technique has natural synergies with adoptive cell therapy (mentioned in the immunotherapy section above). There are a few trials using this type of gene therapy in the UK.

Gene therapies can be used to enhance the effectiveness of existing treatments, such as chemotherapy, radiotherapy or existing drugs. It may even prove to be the method that is used to deactivate telomerase for targeting cancer cells.

One such example of gene editing research is the Talimogene laherparepvec (T-VEC) virus, which was created by genetically modifying a herpes simplex virus (HSV-1).

It has been modified so that the virus no longer causes herpes, selects only cancer cells for destruction and secretes a protein that is naturally found in our bodies to initiate an immune response. It has been approved in the US for advanced melanoma, and could be useful for other cancers.

Impact on the life insurance industry

The discovery of a cancer cure would have a significant impact on the life insurance industry, in particular the CI product offering.

The most important question to ask is: What is the nature of the cure? Understanding this in detail will help to answer other questions, for example: How effective is the cure at treating all types of cancers? Does it delay the onset of symptoms or stop the symptoms progressing further? Are there any side-effects? We now take a look at some of these concepts in detail.

Efficacy: If the cure applies to certain types of cancers only, then they can be removed from the list of conditions covered. For example, if the cure treats all low-severity cancers, then a new CI product would just need to include high-severity conditions such as brain, lung or pancreatic cancers. Insurers would need to know which cancers were affected, evaluate the resulting reduction in incidence rates and estimate how the rates would change in the future. As such, the overall pricing impact of a post-cure product could vary significantly, depending on the cure itself.

Delaying the worsening of symptoms: What would happen if the cure simply meant cancer was stopped from progressing - that is, the patient won't get worse but won't get better either? This could be quite complex to model. For a subset of cancer diagnoses that are severe enough for a claim payment, insurers would settle the claim, whether this cure existed or not. However, if the diagnosis was not severe enough for a claim payment, doctors could apply the cure, stop cancer progressing and the policy would not pay out. This would mean room to reduce incidence rates, the extent of which would depend on how early cancer was diagnosed. More importantly, these claims incidence rates may change in the future if there were new ways of detecting cancer earlier than before and this pace might vary between cancers.

Prevention: So far, I have referred to immunotherapy, deactivating telomerase and gene editing in the context of cures for cancer but not as a preventative tool. Theoretically, all these methods could lead to vaccines or early detection tools that could be rolled out by the NHS to all healthy lives as a preventative measure. The cost-benefit analysis for this, the political will, and priorities of the government of the day would heavily influence the likelihood of a nationwide prevention programme. If the cure is only privately available, then those who can afford it will benefit the most - in which case, insurers and reinsurers would need to understand how this will affect the insured lives (rather than the population as a whole).

Side-effects: While new treatments undergo rigorous testing before they are made available for mass use, we would need to fully understand any side-effects of the cure and reflect this in the incidence rates. For example, immunotherapies, which stimulate the immune system, could increase the rates of other autoimmune diseases such as multiple sclerosis, rheumatoid arthritis and systemic lupus erythematosus. However, other treatments such as monoclonal antibodies tend to have fewer side-effects.

New types of cancers: In the same way that cancer became a more prominent disease as a result of people living longer, curing these types of cancers could give rise to new versions that were previously undiscovered - that is, those that affect centennials. Other known diseases could also become more prominent, such as Alzheimer's. For the post-cure CI product, pricing would need to be mindful of the changes in the trends of non-cancer conditions.

Lapses on the existing business: Curing cancer would naturally give rise to new cancer-free policies and could encourage condition-specific cover, such as heart attack cover, stroke cover or Alzheimer's products.

It is unavoidable that the launch of a cancer-free product would lead to lapses in the existing CI book. At worst, these could be anti-selective lapses, with healthier lives buying the new cancer-free cover while less healthy lives remain on risk.

What is hard to determine is the extent of these lapses. Perhaps older lives are less likely to lapse since they may be unwilling to go through underwriting again, but they may also stand to gain the most from lapse and re-entry as cancer rates increase with age. The first company that launches a cancer-free cover could stand to benefit greatly. They can make full use of the media coverage associated with cancer-cure announcements and offer a distinct cancer-free product to the market that is significantly cheaper than the competitors.

The argument above holds true if only certain types of cancers are cured, for example, breast cancer or prostate cancer, even if it is a subcategory of such cancer. There would still be a push to remove that condition from the new CI product in return for lower premiums for the customer.

New markets: Gene editing could enable risks that were previously declined or deferred at underwriting to safely join the 'standard' population with little or no loading. While an exciting prospect, this is a relatively small proportion of lives; genetic specialists estimate that only 2% to 3% of diagnosed cancers are linked to an inherited genetic fault. There is currently a moratorium on the use of genetic information in pricing insurance policies in the UK, but if someone has had gene therapy in the past, is there scope for insurers to use this to offer cheaper rates? Similarly, immunotherapy or deactivating the telomerase could give us access to previously declined or deferred risks.

It is likely that a cure for cancer will happen in stages, with different cancers being cured at different times. A cure here could be something that prevents incidences of cancer in the future or something that means that the cancer is no longer a critical illness. The most crucial element that we need to consider is the nature of the cure itself, as it has direct implications for our pricing assumptions - for example, incidence rates, trends and lapses on existing business.

With current CI products being sold with long policy terms of 30+ years, it is essential that both insurers and reinsurers keep a close eye on medical advances and assess how these affect future pricing and the conditions covered under the CI product. 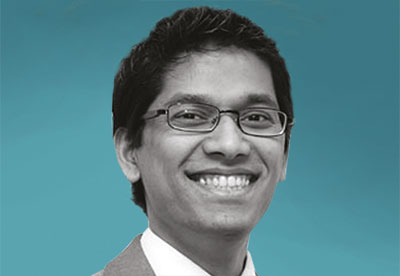 This article appeared in our February 2017 issue of The Actuary.
Click here to view this issue
Filed in:
02
Topics:
Health care