Tackling the GMP inequality issue through conversion seems the least problematic of a number of other options, but doing the calculations has its own difficulties, explain David Everett and Donna Matteucci 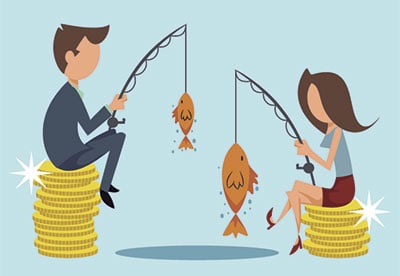 Most private-sector defined benefit schemes in the UK contracted out of the earnings-related part of the state pension system before April 2016. In place of this, for the period between 1978 and 1997, the benefit such schemes provided often had to include within it a guaranteed minimum pension (GMP) element. This GMP is sex-discriminatory, following the pattern of the state pension. Thanks to other requirements imposed by the government on private schemes, this has probably made the overall scheme benefit sex discriminatory. But arguably, it has not been permissible for schemes to contain sex discrimination emanating from that part of the GMP accrued after May 1990.

Completely separate to this, in 2009, the government enabled schemes to convert some or all of their GMP liabilities into other defined benefits without member consent so long as, overall, each member's benefits are not reduced in actuarial value. But few if any schemes have taken advantage of this facility. This is mainly because it was neither obvious whether schemes actually had to address the above GMP inequality issue as part of the process, nor, if they did, how they could do it in a manner that would be sufficiently robust that the conversion process would not be at risk of being revisited.

In 2013, the Department for Work and Pensions (DWP) set up an industry working group to see whether GMP conversion could be used to successfully tackle the GMP inequality issue. This has led to a consultation on this very topic, which closed recently.

It is likely to be some time before the DWP is able to deliver a complete package on the issue, but, assuming it does, it will then be very much over to pensions actuaries to build tools of sufficient precision, albeit operating with a paucity of data, in order to resolve the GMP inequality issue, hopefully once and for all.

Actuaries are naturally adroit problem-solvers, so when the call came to test out whether GMP conversion could be used to address the impact of GMP inequalities on scheme benefits, a spreadsheet was soon put to work to sketch out the problem and how it could be tackled.

We started with an easy case, a deferred pensioner, and to make life simple we assumed the existence of all the data we could possibly need in order to determine the member's (and contingent survivor's) benefits and then, to the extent we required it, the corresponding benefits of the opposite sex.

It was then relatively straightforward to build a projection, valuation and conversion tool, and to express the results in simple terms. By choosing an approach that provided an uplift in benefits only when the value of the opposite sex's benefits for 1990-97 pensionable service exceeded that of the member's benefits in this period (in both cases including contingent survivor benefits), we kept the computations within reasonable bounds.

So the 'proof of concept' model was built and some specimen results generated from it. That was enough to demonstrate the broad nature of the calculations that would be required and for the debate to be taken forward elsewhere as to whether the inequality solution that the industry working group was proposing was legally acceptable.

From theory to practice

We knew, though, that we wouldn't live in a world of perfect data, so we needed to develop a modified implementation of the model that was much more accepting of the data that we were likely to have. This is particularly so when it comes to pensioners, because, with the passing years, it is very unlikely that a pension scheme will have direct access to the data that was relevant when the GMP inequality first arose - that is, on leaving pensionable service.

We had to get there by indirect means, in this case through a system of projecting back pensions and GMPs in payment and then projecting them forward again on both the same and the opposite sex.

At this point, the model started to become quite complex, with the risk that flaws in logic and errors could creep in that might not be spotted. Furthermore, given the level of assumptions about the past that became necessary, particularly with pensioners (who might contain the bulk of the GMP inequality problem), it was not obvious whether the results generated would be sufficiently accurate. This is clearly of critical importance, as errors in data and assumptions can significantly affect the conclusions, even if the modelling is perfect.

However, armed with an implementation methodology that could generate results from data sets that existed in the real world, we put several schemes through to see the nature of the inequality uplifts that would arise.

The results were not a surprise. For many members, no inequality uplift was necessary, simply because the individuals did not have any 1990-97 pensionable service. Furthermore, for those members who did have service in this period, many did not require an uplift as their actual-sex benefits were more valuable than the benefits of their notional opposite-sex comparators. If there was a surprise, it was the existence of a handful of cases where the percentage uplift was significant (albeit the amount in £ terms remained modest).

The results did pose a real problem, in that rules of thumbs and averages would not appear to work. Each member needs to be examined individually, with some potentially odd-looking results coming through that might be owing to the member's own circumstances, or to incompatibility with chosen assumptions.

While it would be technically feasible for affected schemes to put all their GMPs and related benefits through a conversion process, as part of which the GMP inequality issue would be addressed in value terms, the sheer effort of doing so and the implementation costs that would arise might not be proportionate to the uplift experienced by many members.

To address this (assuming that a cost/benefit comparison was a valid consideration), the sort of questions we started to ask ourselves included:

? Should schemes be able to elect to apply GMP conversion to just those cases where the value of the inequality uplift is material?

? For those where the uplift value is small, would it be acceptable to live with the inequality as well as not seeking to apply GMP conversion?

? Given the change in the shape and form of scheme benefits that GMP conversion could cause, would it be permissible to set up a new benefit of an actuarial value equal to the uplift, rather than have to go to the time and expense of reflecting this uplift in a converted benefit?

These are the sorts of questions that the responses to the consultation will hopefully tease out, along with the cost of building, testing and applying the necessary actuarial models. If schemes are to be required to revisit the past, then it is only right that they should be permitted to use proportionate and practical solutions.

Ultimately, the scheme actuary will need to certify that, for each individual subjected to conversion, the post-conversion benefits are actuarially at least equivalent to the pre-conversion benefits, implying that a good deal of confidence will be necessary in the accuracy of whatever model is created, tested and then applied, along with the data that is fed into it.

Of course, the jury is still largely out as to whether the GMP inequality issue does actually need to be addressed. The DWP continues to hold to the view that it must be tackled, but wishes it to be as painless as possible. We may yet find, with the twists and turns of Brexit, that the issue goes away. But if not, then at least we now know that GMP conversion with some actuarial computations at its heart is more than a theoretical possibility. 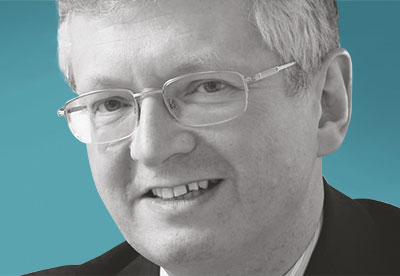 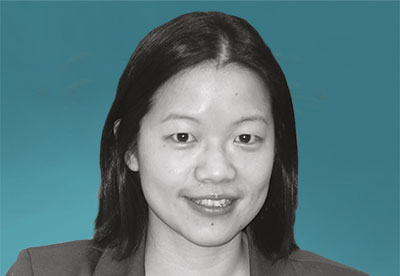