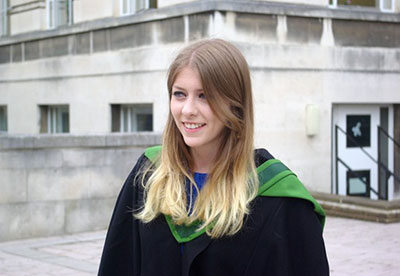 Employer and area of work
PwC, reward and employment.

"Good collection of jumpers and has an unwillingness to get higher prescription glasses. It's frustrating because she often can't see." - Best friend;

"Meh." - Buddy/former actuary of the future.

'You know nothing, Jon Snow'.

Jon Snow, Selasi from 'Bake Off' to cook food for everyone, Tommy Shelby (from Peaky Blinders) for protection, and actors Richard Ayoade and Danny DeVito.

There is a calculator in my bag at all times.

Seeing friends, going for drinks, watching series and I once went to the gym.

A senior member of the team recently made me climb into a bush outside McDonald's.

Captain of a boat.

I put Mahrez and Vardy on my fantasy football team from the start of last season.

Jennifer Saunders, as my name is often mistaken for hers, which causes people to be disappointed when I show up to things instead of her.

If you could be anyone else, who would it be?
Mary Berry.