Getting into the fast lane with driverless cars 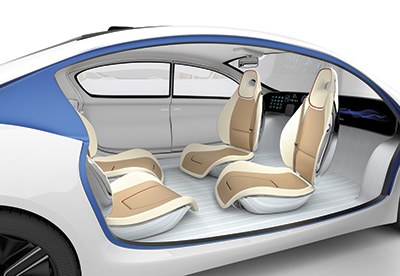 To many, the phrase 'driverless car' or 'autonomous car' conjures up images of a car that drives itself from door to door, while the occupants relax and take in the scenery or read the papers. While we may still be some 10 to 20 years from this mode of transport becoming mainstream, the insurance industry, along with motor manufacturers, recognises that the emergence of semi- and fully autonomous cars will demand changes when it comes to vehicle insurance. At the crux of the issue is understanding cause and liability when an accident occurs - who was at fault - the driver or vehicle manufacturer?

An increasing number of vehicles currently on the road and in production provide driver assistance, as opposed to taking control of the vehicle away from the driver. With these systems, liability is as simple to determine as it was before any assistance systems - liability sits with the driver of the car that caused the accident.

Until we are at the stage where the car is able to take over control completely, the situation will become increasingly complex. Semi-autonomous systems may effectively be 'driving' the vehicle for extended periods, but a good degree of responsibility will still sit with the driver. If a situation arises that the vehicle is unable to deal with, it may dump control back to the driver. However, there will be times when the driver simply may not react quickly enough. If this leads to an accident, the question of liability is highly debatable. The manufacturer might state that the driver was to blame as control was handed back, yet the driver would have a strong case that there was not enough warning, and shouldn't the vehicle have been able to handle the situation itself anyway?

If vehicles are to be available with this level of automation, the issue of proving who was at fault must be resolved and this means it will be necessary to determine quickly who was in control and to what extent. Insurers will also need to be granted access to data from the vehicle, including its status at the time of a collision - that is, whether it was under manual or automated control. The alternative could be claims and court cases dragging on for months or years while liability is disputed - costing insurers, consumers and manufacturers tens of thousands in unnecessary legal costs.

Following the legislation changes announced in the Queen's Speech in May, the government has now confirmed its intentions to amend the Road Traffic Act 1988 motor insurance provisions to cover driverless vehicles, after a consultation with the insurance sector this summer. The updated rules will extend compulsory motor insurance to cover product liability, ensuring it is appropriate for the autonomous revolution. This significant change would mean that if a claim arises in driverless mode, the fault will lie with the vehicle and the insurer could be reimbursed by the manufacturer.

We will of course see more innovation in the coming years, with more automation possible and more reliable driving systems and additional connectivity being developed all the time. This may well ultimately result in an end-to-end system of multi-mode transport, where connected infrastructure and connected means of transport (including, but not limited to, autonomous cars) will allow a seamless journey arranged and controlled via an app on the user's smartphone.

It's easy to envisage a future where we insure personal mobility rather than individual vehicles, and drivers and insurers will therefore need to explore customer needs carefully and remain up to speed with evolving technology in this area. Whoever owns or leases the vehicles is also still likely to require insurance against theft, damage and third-party liability.

It is an exciting time for the automotive industry, but also for insurers who get on board early and begin to look at new ways to provide insurance for the coming driverless age.


Tim Marlow is head of autonomous and connected vehicle research at Ageas UK
This article appeared in our November 2016 issue of The Actuary.
Click here to view this issue
Filed in:
11
Topics:
General Insurance