Europe's future could be made in Japan

With unconventional monetary policies being applied around the world, Taro Goto reflects on the Japanese experience to see what lessons it holds for other countries 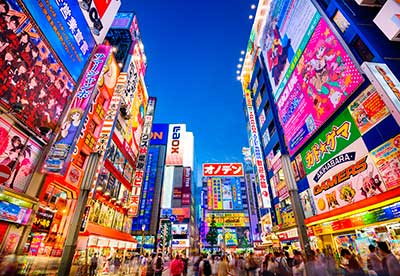 Not long ago, the Made in Japan emblem symbolised the country's dominance in producing high-tech gadgets that seemed to find their way into every room of our homes. Japan may have lost its technological lead to the likes of Apple, but still today a large proportion of the iPhone's key components are made in Japan. This tiny island nation punches above its weight in 'softer' areas too, such as trendy cuisine, animated entertainment and monetary policy.

In an era where Bloomberg columnist Noah Smith laments that "most of what's in intro-level economic textbooks is probably wrong", perhaps it is the Japanese - with their ageing, shrinking population and nonchalant acceptance of ultra-low bond yields - who will bequeath us with the first true innovations in macroeconomic conventional wisdom in more than half a century.

Post-war Japan's export-led economic miracle hinged on a healthy banking sector re-channelling the country's high savings rate towards capital expenditure by its corporations. Building a new factory or opening an overseas branch often required the borrowing of money. Capital was utilised productively in this manner and the velocity of money was high, meaning it changed hands often, seldom stagnating in any individual's (or corporation's) bank account for long.

The cost of borrowing was high; however, businesses were profitable enough and growing sufficiently to easily service their debts.

In the late 1980s, the booming economy coupled with the seduction of easy profits caused a speculative asset bubble in Japan that dwarfed similar ones encountered recently in the West.
The bursting of this bubble resulted in a banking crisis of huge proportions. In 2001, the Bank of
Japan (BoJ) embarked on an unprecedented experiment with a 'zero interest-rate policy' (ZIRP) and later quantitative easing - the printing of new money for the purpose of purchasing financial assets in the expectation that rising asset prices would raise confidence and stimulate the economy. Analogous policies were adopted by Japan's developed economy peers following the 2008 financial crisis, so it can be argued that rather than being unique, Japan has merely been ahead of the curve relative to its peers ever since.

As a bond trader working in Tokyo and London during this time, I personally knew seasoned traders who made big bets on what turned out to be the 'widow maker' trade -wagering that Japanese interest rates would rise simply because they had fallen too far for too long. Parallels can be drawn between this and the liability hedging conundrum faced by European insurers. Low interest rates following the financial crisis were supposed to be a temporary phenomenon, meaning liability hedging in some cases may have been forsaken as a potentially loss-making exercise. Fast forward to today and several of Europe's 10-year government bond yields are now into negative territory.

So why do Japanese interest rates keep falling? Although ZIRP and quantitative easing were intended to offset the negative effects of the banking sector's unwillingness to lend, since the turn of the century, Japanese corporations have largely displayed an unwillingness to borrow despite enjoying low borrowing costs. Perhaps this derives from low confidence in the economy and uncertainty around future aggregate demand stemming from an ageing population - both of possible relevance to Europe. However, it is corporations' unwillingness to reinvest their profits that has frustrated Japan-watchers the most. As a result, huge cash balances have built up and are sitting unproductively on Japanese corporation balance sheets, leading to a sharp fall in the velocity of money (see Figure 1).

Getting money moving
These monies find their way into the risk-free government and corporate bond markets - depressing bond yields as well as inflation expectations. Earlier this year, Toyota Motor issued a corporate bond offering a 0.001% coupon. The price in the secondary market promptly went up (it changed hands at a negative yield). Whereas reducing credit spreads have lowered borrowing costs for the likes of Toyota and wealthy individuals have got richer thanks to rising asset prices, the real economy (which relies heavily on investment spending) has suffered, evidenced by real-wage growth, which has flatlined for some time.

With GDP per capita falling - exacerbating the issue of negative population growth - the BoJ has long been prevented from 'normalising' monetary policy. 'Liquidity trap' aptly describes the situation, even though the term was originally coined by John Maynard Keynes to describe the ineffectiveness of monetary easing owing to utterly grave circumstances - one being the onset of war.

One can observe striking similarities between Europe and Japan in many of these regards. Both have been suffering from on-and-off bouts of deflation, which gives legitimacy to ultra-low nominal interest rates because real interest rates are still positive. Both spend a high proportion of GDP on public expenditure - France being Europe's prime example - thus often 'crowding out' private investment. Real wages in Spain fell by 10% in the wake of the financial crisis. It can be argued that homeowners in Britain's booming property market - like Japan's large corporations - act as hoarders of capital, decreasing the velocity of the nation's money. And similar to Japan, the populations of half of the countries in Europe are expected to shrink by the year 2050.

Of all my friends and ex-colleagues living in Japan, not one tells me they expect to receive the full amount of their promised (PAYG) state pension, owing to affordability issues. When you consider the projection that by 2050 only 1.2 people of working age (aged 15-64) will be supporting each pensioner, and that this 'support ratio' was 5.1 the year I left school and currently stands at 2.4, it is not difficult to see why. The (assumed) need for retirement self-provision acts as yet another force leading to the prioritisation of savings over investment in Japan.

In Europe, across its 28 member states, the support ratio currently stands at 3.6. However, it is expected to reduce to 2.0 by the year 2050, with Greece, Italy and Austria falling significantly below this average. Britain's support ratio is expected to fall from 4.2 to 2.4, however the prospect of reduced immigration following Brexit may warrant a recalculation. Indeed, the frightening prospect of population ageing coupled with negative population growth may have influenced Germany's recent decision to accept large numbers of refugees seeking asylum.

Structural reform
Of the three 'arrows' of 'Abenomics', the economic policies advocated by prime minister Shinzo Abe since taking office in 2012, most experts agree that the first two - fiscal stimulus and monetary easing - have been implemented satisfactorily. However, it is arguably the third one - structural reform - that is key to putting Japan's economy back on a sustainable growth path.

Sadly, dogged vested-interest groups have obstructed the legislation of culturally sensitive yet sensible policies in Japan, such as increasing the female labour participation rate, or modernising personal bankruptcy laws that discourage risk-taking. France's official retirement age being stuck at 62, despite boasting impressive life expectancies, provides but one of Europe's many parallels. London also risks losing its vitality if homebuilders aren't incentivised to supply more of the affordable type of housing and less of the 'mega mansion' kind.

So what can be inferred from Japan's experiment with unconventional monetary policy? Perhaps it is that once large imbalances have materialised (and without the political will to enact pinpoint structural reforms to rectify these imbalances), the loss of dynamism resulting from large swathes of unproductive monies moving at a slow velocity gives central banks no other option than to continue with the endorsement of ultra-loose monetary policy. Incredibly, the 40-year Japanese government bond now yields a paltry 16 basis points - suggesting that the entire nation has taken the fatalistic view that zero (and negative) interest rates are here to stay in perpetuity.

The West has yet to reach such levels of cynicism (although Europe is closing the gap), and in this respect it is possible that Japan's 'ahead of the curve' trajectory will endure for some time.
Long-term investors in Europe could benefit from contemplating their own problems through the prism of developments in Japan.

Taro Goto is portfolio manager at RiverRock European Capital Partners
This article appeared in our September 2016 issue of The Actuary.
Click here to view this issue
Filed in
09
Topics
Global