Andrew Lowe discusses the actuarial professions response to the increasing risk of flooding in the UK and around the world. He argues that with greater co-operation and data sharing, the profession and wider economy can make better preparations for the challenges ahead 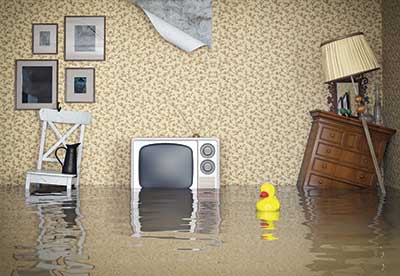 In July 2016, the megacity of Wuhan, home to more than 10 million people on the Yangtze River, was subject to the worst flooding seen in China in almost 20 years. The Chinese Ministry of Civil Affairs valued the economic loss at well over $4.4bn, although consultancy Aon Benfield noted that "given low penetration levels, the insured loss portion was only a small fraction". The same cannot be said of the UK, a nation with much higher flood insurance penetration. According to the Association of British Insurers, the UK insurance industry incurred more than a £1bn loss from flooding resulting from storms Desmond, Eva and Frank - a series of storm events that swept the north of England in December 2015.

Across the world, the threat posed by flooding is receiving more attention as the level of risk and exposure escalates. Climate change is increasing the risk of coastal flooding owing to rising sea levels and land subsidence; meanwhile, changes in rainfall patterns are likely to affect river and surface water flooding. At the same time, exposure is increasing as development intensifies and urban populations grow. The World Bank estimates the number of people living in an urban environment is growing by 1.4 million people every week. This means that within the next 84 years, an increase of between four and 14 times the current flood-exposed population is expected. In the UK, population growth and the pressure on already-restricted housing stock is leading to higher population densities. Moreover, the potential pressure to develop new housing on areas with a higher flood risk is also increasing.

The ability of the language used by the insurance industry, flood managers and environment agencies to keep pace with the rate of change is also in question. Flood risk is still often communicated by 'in years' terms. The Carlisle flood defences, for example, built after a round of flooding in 2005, were designed to cope with a 'once in 200 years' flood, but were overtopped in 2015. That does not mean that they were inadequate, but rather that flood defences are not designed to be infallible, and the most extreme risks cannot be fully defended against.

The 2015 floods were estimated as having a 1 in 200 chance of occurring in a given year.
Nonetheless, for the homeowner, there's potentially a gap in understanding caused by how the risk is explained. As a high flood-risk example, being told that you face a 1 in 10 year flood risk could be interpreted as "not likely in the time I plan on living here" compared to the much simpler 10% chance that your home could be inundated in a given year.

The rising risk of flooding is spurring a response, notably in the UK. Flood Re, the UK government-backed scheme to provide affordable insurance for the most at-risk householders, was launched this year.

In addition, the UK government has stepped up investment into flood defences, with
£2.3bn pledged over the next five years. Internationally, Canada has begun a project to support the development of what could be an equivalent scheme to Flood Re , and has recently bought property insurance-specific proprietary mapping technology to assist it in this endeavour.
Indonesia is working with the World Bank to rapidly improve the resiliency of Jakarta - one of the most vulnerable cities worldwide.

Yet, while we are moving in the right direction, there is much more that needs to be done. Taking the UK as an example of a relatively advanced market, a core challenge facing the industry is how to encourage flood resiliency. Flood Re, for example, is deliberately time limited to 25 years.
The aim is to buy "time for the government, local authorities, insurers and communities to become better prepared for flooding". However, it is not necessarily matched at this point by a sufficient incentive to improve among those at risk - the homeowners. For example, there is no obligation on the part of UK homeowners to ensure that flood repairs paid for by an insurer are used to make a building more flood resilient. Nor is there necessarily clear communication from the industry that a homeowner investing in resilience will be rewarded through lower premiums. Meanwhile, at a political level, the Environmental Audit Select Committee of the UK parliament has recently warned that "the government appears to be reactive rather than proactive" and that mandating responses, such as sustainable urban drainage systems to deal with surface water, have been successively "kicked into the long grass".

The insurance industry itself and the actuarial profession that supports it is responding by stepping up its understanding of flood risk, through a new emphasis on exposure management and better predictive modelling. There are still vulnerabilities, however, particularly in terms of understanding surface water flooding resulting from heavy rainfall, or the ability of the UK's ageing and overstretched sewerage network to cope. London's sewerage system as an example is still recognisably a system of the 1860s, and the Greater London Authority recently warned that "if London continues to seal off its permeable surfaces, effectively 'waterproofing' the city, even relatively light rainfall may overcome the drains and sewers". The increasing inability of the UK's sewerage networks to clear rainwater quickly means that some properties currently considered
to be at a low risk of flooding are, in all likelihood, very high risk. This implies that at both homeowners and insurers are unwittingly exposed.

Responding adequately to the risk of flooding is a major global challenge. From an industry perspective, however, support means making better use of data and improving co-operation. The actuarial profession can support change in three ways:

First, by continuing to support existing calls for a greater focus on flood resiliency, in addition to flood defences. The fact is that some areas will always face high flood risk, but the potential damage can be limited cost-effectively, such as by ensuring that buildings are designed to be resilient. The Local Government Association has, for example, recently called for mandatory anti-flood requirements for new homes in UK building regulations, such as raised electrical sockets or ventilation brick covers.

In addition, there is a need to encourage homeowners to face up to the risk of flooding. For example, one large UK insurer has a policy to make any cost-neutral resilient repairs when responding to a flood claim.

Yet according to Mark Hoban, chairman of the board of directors for Flood Re, there is still a need to understand which resilience measures work, what is cost-effective, and how to spur homeowners into action. He says: "We've been through a period where homeowners have seen their premiums go up, they've seen excesses rise, yet it hasn't triggered them to invest in resilience measures themselves."

Finally, there is more the industry should be doing to obtain the information it needs to fully understand the risks. For example, there is a need to co-operate with water companies to analyse the interaction between surface water and existing drainage networks. Also, a central database of flood-resilient buildings could help insurers to reward homeowners that have invested in resiliency, while preventing new homeowners from inadvertently ripping out improvements made by the previous owner. Sharing property specifications, in particular flood resilience measures and claims information, could also provide a useful addition to flood risk modelling. This would enable insurers to better understand previous events and predict the impact of future flooding.

Through co-operation and sharing information, the actuarial profession and insurance industry can better support the UK and other nations around the world in preparing for the rising risk of flooding.

Andrew Lowe is director, insurance, at LexisNexis Risk Solutions
This article appeared in our September 2016 issue of The Actuary.
Click here to view this issue
Filed in:
09
Topics:
Risk & ERM