What impact will the out vote have on the insurance industry 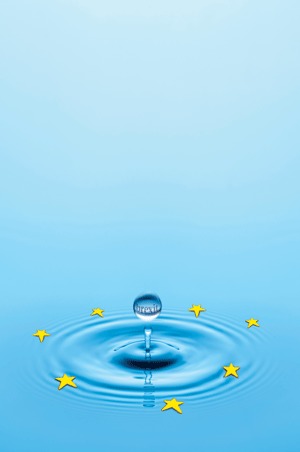 I am going to take a deliberately consumer-centric view of this question and try to understand how consumers might experience the referendum result and the expected political and economic consequences.

1. Of one change, I am certain - premiums will increase in the short to medium term owing to a number of factors. I have a few hypotheses as to why this will happen and a few strong assertions. I set these out below to encourage debate and thought on this important subject. For the avoidance of doubt, it is likely that few industry players or consumers would see any of these as a positive:


2. Rising redundancy cover sales
With increasing uncertainty over job security, it is possible that more consumers might seek to protect themselves from losing their employment by buying unemployment cover, separate from anything that they might already have tied to their mortgage.

3. Reintroduction of gender-specific rates
One of the less-justifiable EU laws was that of abolishing gender-specific insurance rates. Under rules that came into force at the end of December 2012, insurers were not permitted to charge differential rates to men and women. So motor insurance premiums for 17-year-olds are set equally for male and female drivers, despite the well-known fact that teenage boys have a worse driving record than teenage girls.

Consequently, girls pay higher premiums than they would have done before the rule change. The same principle applies, but in the other direction, when it comes to annuity rates - male and female rates have to be set equal, despite the fact that women live longer than men. It means men end up paying more for an annuity than they did before the change. Most experts believe that this rule is bonkers, and it is possible that the UK might push to repeal this law.

As a corollary to this thought, it is possible that the reintroduction of gender-specific rates might bring down premiums overall.

A number of insurers built into their gender-neutral rates a load to take account of the extra risk that they were carrying in not knowing precisely how to combine gender-specific rates. This loading would, presumably, fall away under this scenario and in doing so provide a small glimmer of consumer upside!

4. Changing corporate structures/brands
Much was made in the remain campaign of the 500 million potential customers in the EU, and it is obvious that UK insurers will not wish to miss out on these.

So, insurers based in the UK may need to set up a subsidiary inside the European Economic Area, and insurers based outside the UK may wish to set up a subsidiary inside (or close to) the UK to retain access to Europe's largest insurance market. Many larger cross-European insurers have authorised carriers in Dublin (as Ireland is always likely to have favoured nation status for the UK, while remaining inside the EU). I suspect that this will not lead to new brands, just to new instances of existing brands, but it could cause confusion to consumers and drive them to rebroke/ review at the time of renewal.

Perhaps of less importance to consumers, but worthy of note, is the effect of a weakening pound (likely to drive up the cost of overseas claims and reduce the value of sterling-denominated investments), plus, my own favourite, the lack of preparedness.

A pre-referendum survey of insurers by  law firm Kennedys found (while highlighting that up to 48,000 jobs in the insurance sector would be put 'at risk' on exit - more than double the size of the UK steel industry) - that "most firms said it was too early to undertake detailed contingency planning until the outcome of the vote was known" and that "to do otherwise risked incurring unnecessary cost"!

How much of the above will become a reality, I clearly have no idea, but one thing is certain: the insurance industry is about to enter a period of significant change, and with change comes opportunity.
Steven Mendel is chief executive and co-founder at Bought by Many
This article appeared in our August 2016 issue of The Actuary.
Click here to view this issue
Filed in:
08