I am a life actuary with five years' experience with KPMG UK and am currently seconded to the US practice and based in Chicago. 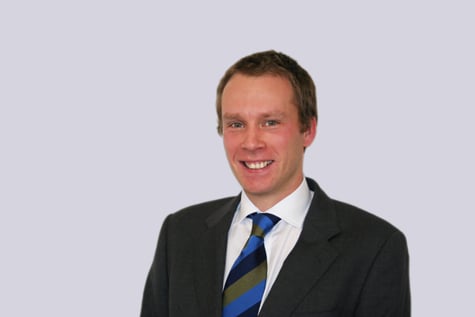 I am a life actuary with five years' experience with KPMG UK and am currently seconded to the US practice and based in Chicago. Having finished my Masters in oceanography towards the end of 2008 I was struggling to find a job and one of my friends, who is an actuary, told me I should look into it. Having done applied mathematics and computer science as a large part of my degree it felt like a very logical place to continue doing things that I really enjoy and get paid for it. One year, and a job at a bicycle shop later, I started working at KPMG.

Having spent my formative years in Scotland, I am very fond of the outdoors.

I am a keen skier and spent countless days skiing in the highlands of Scotland and across Europe. During the summer I can be found hiking or cycling. Now that I have moved to the USA I have had a number of backpacking trips in California and taken up Karate. As the beach is less than a 10-minute walk from my apartment some of my evenings are spent relaxing by the water reading up on trivia to stop myself being the 'British guy' who is useless at the weekly office team trivia night.

Which actuarial society are you a member of?

The IFoA and the Society of Actuaries in the US.

Which actuarial fields are most dominant in the US and why?

The market in the USA is very similar to the UK with a well-developed life and general insurance sector. The biggest difference is the very large health field, which is driven by the fact that universal health care is not provided by the US government.

Tell us a bit about the market you work in

The market in the USA is similar to the UK in terms of products. The difference is in the regulatory framework around these products. In the USA the guidelines come from the National Association of Insurance Commissioners (NAIC) but states are allowed to define the rules in separately. While most follow the NAIC guidelines in setting the rules, some states are less inclined to do so (with New York being the most prominent).

Currently the regulatory regime in the USA for life business is statutory reporting and Risk Based Capital (RBC). Statutory reporting uses locked-in assumptions that are prescribed by the NAIC. These assumptions can change year on year but the values are defined 'locked in' by the product type and year of sale.

RBC is a factor-based model, and not shaped to the specific risk profile as accurately as the Solvency II model. Proponents of the system argue that it focuses on the material risks faced by insurance companies, that it is simple and provides a suitable level of capital. This system was put in place in the 1990's and as it has been given Solvency II equivalence there will be no rush to change it I am sure. As I learn more about this over time, I learn to appreciate the simplicity of it even if I feel Solvency II is a better approach.

The overall landscape of statutory reporting is in the process of changing to Principle-Based Reserving (PBR). PBR differs from the current regime in that all assumptions which a company has an influence over (expenses, mortality, asset returns) will be company specific. PBR is currently in place for variable annuities and during the first half of 2016, the NAIC received the super-majority required (approval from at least 42 States and 75% of the total U.S. premium) to approve PBR for life business. The impact of this is that PBR will (probably at time of writing) come into effect from 2017 for life business causing a big effort to make systems and products compliant. PBR is not being applied retrospectively to old business which means that US insurers are facing the logistical challenges of supporting valuations systems for both new and old business, and they will continue to do so for many years.

Could you tell us about a interesting project you have worked on?

Currently I am heavily involved with the introduction of PBR to life insurance products in the next few years. Having spent my early career in the whirlwind of Solvency II implementation, it is interesting to see that companies are focusing on the modelling aspect of this and spending less time on documentation and reporting. This is very reminiscent of SII and we are pushing clients to build the reporting requirements into their plans from an early stage.

What are the social and economic drivers for actuarial work in the US?

Currently there are two main drivers of significant importance in the work of actuaries. The Patient Protection and Affordable Care Act (a.k.a. Obama care) was signed into law in 2010, this helps provide healthcare coverage to everyone in the nation. This is a political hot potato and already Donald Trump (the likely Republican presidential candidate) has said that he would axe it. A number of big insurance companies have been pulling out of the exchanges recently, citing an inability to make a profit on the restricted premiums that they can charge versus the level of claims.

The other driver is PBR. The introduction of this regulation may turn out to be a game changer for the US market. Where companies are able to adopt early and sell products at a lower price will give them a big advantage. With PBR only being for new business, there is the possibility for well capitalised firms to become closed book consolidators and buy up the old books of other companies. Ultimately, time will tell exactly how this pans out but for sure it is going to be a market disruptor and some companies will thrive as a result.

What were the influences that shaped your career decisions to date?

There have been a number of influences on my career so far: a discussion with a friend who set me down the path of becoming an actuary; guidance and leadership for one of the partners at KPMG in the UK; and the exam process helped me to get an idea of what I liked and what I didn't like within the traditional roles of an actuary.

Could you tell us about your immediate and longer term goals?

My immediate goals are to get a deeper knowledge of PBR and be a part of KPMGs core team dealing with this new regulation for clients as the insurance market goes through change over the next 3.5 years. Longer term will depend on where in the world I decide to settle, being an actuary means I can work in many places; also retiring early and becoming a ski bum is a distinct possibility.

Have you thought of pursuing other academic/CPD qualifications, or joining other professional bodies?

If I stay in the USA for a prolonged period then I will join the American Academy of Actuaries which is required to sign off reports in the USA. Being an actuary today is an exciting time given the focus on diversifying the areas where we are employed, those actuaries who thrive will certainly be those who are engaging with external sources of knowledge and applying their actuarial mind-set to related problems.

What do you say when asked, "What is an actuary"?

Normally I keep the answer very high level and tell people that I work in insurance to assess risks, build models that determine how much car insurance is and make sure that companies are holding enough money to protect the policy holders. If someone asks more questions I go into more details but typically this results in blank looks very quickly when I get into Solvency II Pillar 1 requirements.

What are your experiences of living and working in the US?

If you are going to work in the USA and UK for any length of time then you will likely need a visa and there are many different visa's you can obtain. If you work for a company who is supporting a move for you then hopefully they will arrange for your visa and help prepare the documentation. The visa process can take a while with increased levels of scrutiny now being applied to those wishing to work overseas. Allow as much time as indicated by the embassy when planning a move - I finally got my visa three days before leaving the UK.

Living in America is very easy for someone coming from the UK especially if, like me, you studied here during university. The most obvious difference is the size of the country, it is massive. Living here means getting on a plane a lot, for both work and pleasure. While flying might be quick and easy, one thing which is more challenging is public transport. In big cities the transport varies but outside of the cities often the only solution is to rent a car.

While public transport might not be the best, living here does have its perks. Sports in the US are a huge thing and so are BBQs. Chicago hosts some of the finest sports teams around, we have the Blackhawks (ice-hockey), the Cubs (baseball greats), the White Sox (another baseball team), the Bulls (of Michael Jordan fame) and the Bears (American football). Going to any of these events with friends is a great experience and always gives you something to talk about.

When it comes to working, the USA is a very big country and working for a consultancy means travelling. If you don't like to travel then make sure to consider where you are going to base yourself. Many of the major life insurers have offices on the East Coast while having satellite offices across the country as a legacy of acquisitions or lower operating costs. One of the other things that the British actuary has to get used to is time zones. With the lower 48 split across four time zones scheduling meetings can be problematic at times and you will certainly miss at least one meeting because of this.

Besides the regulatory differences, the work culture is very similar to the UK, with New York being the most similar to London. Work here generally starts late and continues late. While I do not wear a waistcoat to work like some actuaries that I know, I always feel that I am dressed better than most and the business casual has still not worked its way into my wardrobe, but give it time.