My outside interests consist of botany and music. I develop and contribute to an eflora of south-central Africa (zimbabweflora.co.zw/). 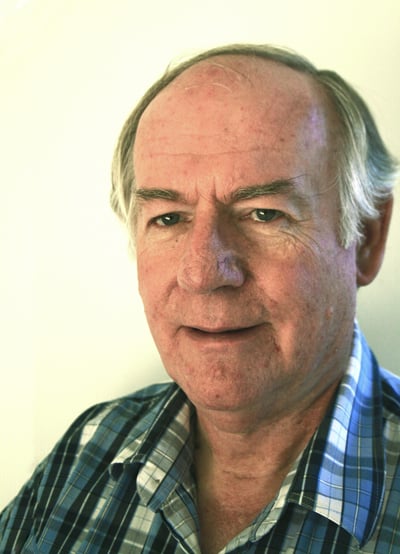 My outside interests consist of botany and music. I develop and contribute to an eflora of south-central Africa (zimbabweflora.co.zw/). As a pianist, I accompany choirs and vocal soloists and direct theatre productions.

I specialise in pensions as I was initially recruited into a pensions department and remained in that field.

Are you involved in any actuarial activities outside the day job?

I have organised and run the actuarial exams in Zimbabwe for the IFoA and the Society of Actuaries.

I have been an educational representative for the IFoA, served on committees for the Life Offices Association of Zimbabwe, Zimbabwe Insurance Brokers, Zimbabwe Association of Pension Funds (as deputy chairman), The Institute of Chartered Accountants of Zimbabwe Accounts and the ASZ. The benefits are keeping in touch with current proposals and events and the opportunity and to consider wider questions about the industry.

Give us an example of an interesting project you have worked on.

The conversion of pension fund assets and liabilities from Zimbabwe dollars to US dollars following a period of hyperinflation and three currency revaluations.

What do you believe are the social/economic drivers for actuarial work in your region?

The drivers are generally international and local legislative requirements, as well as trends in social and economic issues.

What is the reputation of actuaries and the professional body in Zimbabwe?

Our reputation is good but the general public is not aware of what actuaries actually do. Prior to independence in 1980, actuarial services were provided from outside the country. The first actuary came to Zimbabwe in 1981, the maximum number of actuaries in Zimbabwe was 13 in the 1990s, and there were only two resident actuaries in the country at dollarisation in 2009. However, it is a popular career choice.

ASZ activities include talks, student training and mock exams. An annual convention is held which features current aspects of the profession, both locally, regionally and internationally with speakers from both Zimbabwe and beyond our borders.

How do you see the role of an actuary evolving in the future?

Although not in the immediate future, the role of the actuary should grow and expand with the economy.

In the UK the skill set of an actuary is being recognised across many non-traditional disciplines. Is this true of Zimbabwe?

There has been little expansion as yet except a recent move by short-term markets to use actuaries.

How does social media help your professional work as an actuary?

WhatsApp and Facebook are very widely used in Zimbabwe. Within this structure, the ASZ uses Google Groups to contact members and is in the process of establishing a WhatsApp group for members. As an actuary I make extensive use of the internet and email, but not of social media, which I reserve for personal use.

What are your career influences and immediate and longer term goals?

I enjoy the practical mathematical aspect of the work and communicating the results and implications. I'd like to continue to make a difference in the business and actuarial environment in Zimbabwe.

Have you thought of pursuing other academic or CPD qualifications, or joining other professional bodies?

The economic environment in Zimbabwe is less 'qualification-oriented' than the UK so the need for further qualification has not arisen. The advent of the webinar has taken a lot of the headaches out of CPD.

As an actuary have you experienced any challenges or benefits of being qualified?

As an actuary in Zimbabwe I carry considerable responsibility for decisions made due to the size of the market and the scarcity of actuarial resources.

What was the motivation behind the decision to work abroad and how long do you envisage staying?

The initial motivation was better pay and to do something different, outside my comfort zone. After 33 years, I envisage being in Zimbabwe at least until I retire.

What are the main professional differences between the UK and Zimbabwe?

The lower level regulation, which makes self-regulation more important, the lack of market-related financial information, the small size of the profession and the simpler environment, which makes underlying problems clearer, if not easier to solve.

How did you find this opportunity?

It was an internal company transfer.

What kind of support did you get from your company during your research in moving abroad?

I was sent on a six-week trial basis with local backup and with a return period to the UK, before deciding to accept a three-year posting.

What do you say when asked, 'What is an actuary'?

'A financial mathematician'. I expand on this only if the person asking the question is really interested.