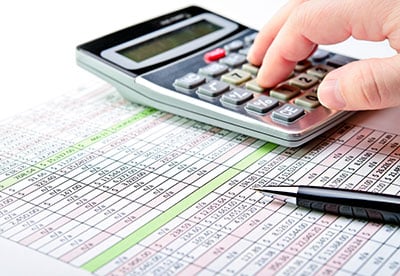 On 23 April, a couple of dozen actuaries gathered in Staple Inn, to hear Jon Spain explain how defined benefit pension calculations could benefit from an "off market" approach.

Although most DB pension calculations nowadays depend heavily on market values, this has not always been the case. During the 1980s and 1990s, many UK pensions actuaries used so-called "long term" assumptions for discount rates, which were applied to both asset and liability cash flows. I have to declare a personal interest, having contributed to several papers in the late 1990's advocating market-based approaches.

I guessed from the advance publicity that Jon would advocate a return to the methods of my youth. But he rejects the traditional dividend discount method, instead proposing a new off-market approach. In summary, his proposal is as follows:

There are more complex proposed rules for other classes. The recommendations are based on a draft report from a valuation interest rate working party in 2004, which for some reason was never finalised. Other actuaries might use different multiples based on different data or judgements.

Jon illustrated his proposed off-market method with stochastic projections for some simple insurance products (an annuity and a pure endowment) and also a model pension scheme. He considers a basis to be too strong if it tends to give rise to surpluses; this happens for example if liabilities are discounted at risk-free rates but assets earn a risk premium. Conversely, a basis is too weak if it generated deficits and just right if surpluses and deficits arise equally [check precise criterion with JS]. The probabilities are assessed using 10 000 scenarios from a stochastic model which Jon briefly described and should be on his web site by the time you read this.

Jon reminded us of several well-rehearsed criticisms of the use of market-based methods, including that:

Jon acknowledged that the off-market approach also has its limitations. The deliberate disconnection from market prices can generate surprise losses if market values are crystallised, for example in a scheme buy-out transaction. He mentioned practical difficulties of calibrating index-linked gilt models given the limited history of only a few decades. I wondered how well the method could cope with more exotic asset classes such as infrastructure investments or equity release mortgages which some schemes are considering. Furthermore, off-market valuation sits uncomfortably alongside market-based IFRS disclosures, so sponsors adopting the approach may need to withstand criticism from shareholders or fund managers.

Jon Spain is a passionate advocate of stochastic models, showing a full range of outcomes with associated probabilities. However, a scheme contribution can only be one number, not a distribution. Likewise, financial statements require assets and liabilities to be condensed to point estimates, not ranges or distributions. For this reason, Jon explained that his proposals should not be seen as critical of how pension schemes, their advisors or regulators currently conduct themselves. It is more a cry of frustration at environment in which we all operate.

From a personal perspective, I am not yet convinced of the merits of what Jon is proposing. Like their market-based counterpart, the proposed off-market approach forces valuation to a single number. In the question and answer section, Jon ran some more simulations on funding level volatility, and, to his evident surprise, the off-market version produced more volatility than the market-based valuations. The underlying stochastic model is key to the calculations, but I did not feel I had enough information to assess it. Despite Jon's many entertaining anecdotes from his decades of practical experience, I was not ultimately convinced that the off-market approach solved the problems we have seen with the use of market values.

Maybe this is just a matter of timing. According to Jon's stochastic model, market-based methods cause the build-up of inconvenient surpluses, which off-market methods can avoid. However, although current practice is largely market-based, at the time of writing, few pension schemes are afflicted with the surpluses the model predicts. The question of what to do with piles of spare money is not a pressing problem for most funds. Perhaps if the situation changes, pensions actuaries might dust off their notes from Jon's presentation.

Andrew D Smith is a Partner at Deloitte MCS Limited

This article appeared in our June 2016 issue of The Actuary.
Click here to view this issue
Filed in
06