Sir David Spiegelhalter, eminent statistician and incoming president of the Royal Statistical Society, talks with Stephen Hyams about promoting a public understanding of risk and his aspirations for the statistical profession 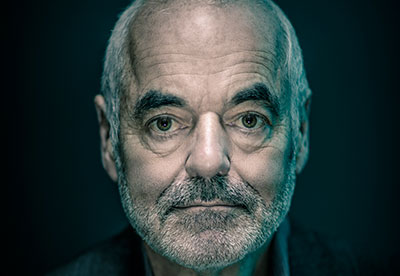 David Spiegelhalter has had a long and distinguished career in biostatistics, and has made notable contributions in such areas as hospital performance measurements, and forensic science.

To begin, I ask about his current role as the Winton Professor for the Public Understanding of Risk in the Statistical Laboratory at the University of Cambridge, which he has held since the inception of the role in 2007. It is funded through a donation by David Harding of Winton Capital Management and inspired by the research of Gerd Gigerenzer, professor of psychology in Berlin.

He tells me: "The aim is to improve the way in which numbers, and, in particular, risks, are viewed in society. It is an extraordinary opportunity, unique in the world. People in America desperately want there to be a job like mine."

With such roles come other opportunities and media appearances, which Spiegelhalter clearly enjoys, and these are an important aspect of his work. "We are incredibly lucky in Britain with the quality of the science coverage by the media compared with other places," he says. "Two things really stand out, I think. The first is Radio 4's More or Less, which I have been on many times. It is extraordinary to have a prime-time programme about statistics. We are also very lucky to have BBC 4's scientific programmes, fronted by academics. I have presented Tails you Win: The Science of Chance and also Climate Change by Numbers, which has won major international awards, essentially for discussing the statistics of climate change." He has also put in appearances on World at One and Today. His highlight was appearing on Winter Wipeout in Argentina, and he delights at how the kids love watching him falling off the big red balls, witnessed during his various school visits.

Spiegelhalter's many published works include the book Sex by Numbers. "It is a statistics book disguised as a book about sex, not an area I have researched before, but one where there are so many poor statistics that it presents a great opportunity to discuss the flaws." The book was serialised by the Daily Mail and exemplifies his views about the press.

"I have spent a lot of time with journalists discussing the ways in which statistics are discussed in the media," he says. "I think, on the whole, journalists are very good indeed. My two complaints are news editors who write misleading headlines in newspapers and press releases."

He explains how the quest for publicity causes confusion. "There have been recent academic studies which show that misunderstandings about science in the media are generally due to press releases, not the journalists. I criticise the scientists for their overblown conclusions, which are not justified from the research, and for the press releases by their own institutions and their academic journals."

On the mumps, measles and rubella (MMR) scare, for example, he explains: "The science journalists were saying one thing and the news journalists were saying another. The major lesson here was for the science community, and this was one of the drivers behind the formation of the Science Media Centre, which I think has done a lot to avoid the hysteria that you can get in many other countries about scientific work. It has played a role in making coverage of genetically modified foods a lot more responsible."

He goes on to explain how scientists have learnt that it is not enough to state the evidence; one has to use multiple sources of communication from trusted bodies.

"The deficit model is key, in that people's anxiety is due to their not understanding the facts. The Royal Statistical Society now has a journalist training programme that I have helped with and which will only be expanded."

"I feel very strongly that there is an ethical duty to provide balanced and clear information, such as the harms and benefits of healthcare treatment. It is also a person's right to ignore it if they want to. Authorities, under pretext of giving information, are often trying to manipulate attitudes and behaviour." He adds that "there is now a wide range of bodies ready to pile in when a naughty number or a shabby statistic is being bandied around, including the Science Media Centre and Full Fact, a UK independent fact-checking charity. All of these developments are very healthy, very exciting and great fun". He added that this is an area where actuaries might contribute to the debate on how to communicate risk clearly.

On the public attitude to risk, Spiegelhalter says: "The media are always wagging their finger and telling you about risk. Kids born now face a huge amount of uncertainty about their future in a way that my generation didn't; we were sure about jobs, pensions and buying a house. In schools, I say it is great to take risks, because something good might happen, or something bad might happen - but don't be reckless."

He firmly believes that an emotional reaction to a negative event should not dictate policy; for example, children dying from meningitis B leading to a public demand for mass vaccination, which may have very marginal benefit in relation to the cost.

Spiegelhalter's contributions to education include the introduction of expected frequencies into the GCSE syllabus, and the development of the core maths qualification and critical maths curriculum for post-16-year-olds not taking maths A-level, based on real-life problems.

"I am extremely fortunate to be based in Cambridge, where there is a very well-established Millennium Mathematics Project. I have been involved with it since the start of my job, and we recently published the first book in the Cambridge Mathematics series called Teaching Probability. We hope it will revolutionise the teaching of probability in secondary schools."

He explains how it adopts Gigerenzer's ideas of using expected frequencies, which enables one to solve complex problems of conditional probabilities using Bayes' theorem by means of whole numbers. "Gigerenzer's research shows that even quite young children can learn to do these problems."

Spiegelhalter's Oxford tutor, Adrian Smith, was an inspiration in developing his career: "I realised that I enjoyed communicating the mathematical connection with the real world," he says. So a move into medical statistics was a natural one as it was enjoying a boom time, and he was already working on computer-aided diagnosis. "British medical statistics have been, and remain, extraordinarily strong; a great tradition going back to Bradford Hill and others."

He has done much work in developing monitoring systems for hospital performance. "The Bristol Royal Infirmary enquiry, along with the Harold Shipman investigation, in which I also participated, brought about a massive cultural change away from the feeling that doctors could self-regulate and demonstrated the role of external monitoring," he says. He dislikes public naming of surgeons, as they are part of a team, noting that: "Someone must be bottom of the league table, so is that person worse than expected of the bottom performer? There are statistical techniques for dealing with that."

Of his work in forensic science he is equally pragmatic. "One of the big issues in the UK, and especially in the US, is the use of forensic evidence in court. People can fall into the trap of thinking data is either right or wrong, whereas there is a grey scale in between. So what weight can be given to the evidence when measured in terms of probabilities, and how can we communicate so as to convey the right evidential strength? There is a lot of interest from senior judiciary to make the process more rigorous with agreed guidelines." He adds that there is always an element of judgment, and sometimes that might be all that is presented in court if the data is inadequate.

Looking ahead to his presidency of the Royal Statistical Society, Spiegelhalter says: "It is time statisticians took a much higher profile in policy, in society and the media."

He is particularly keen for young members to take a leading role in bridging the gap with the real world. They have an excellent role model in this "public or performing statistician", as he describes himself.

This article appeared in our May 2016 issue of The Actuary.
Click here to view this issue
Filed in
05
Also filed in
Interviews