Gemma Gregson and the Flood Working Party discuss Flood Re, a scheme designed to increase the availability and affordability of flood insurance 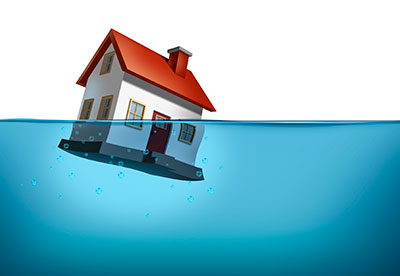 Storms battered Britain in December 2015, bringing flood misery to thousands of homeowners and once again raising questions about what should be done to tackle flooding and its effects.

Unfortunately there have been many floods in the UK in recent years, bringing with them increased claims costs for insurance companies.
These, combined with advances in modelling techniques allowing those homes at highest risk of flooding to be pinpointed with greater accuracy, mean that the availability and affordability of home insurance has become a major problem. Some homeowners are unable to find cover at all, while others are subject to large excesses and premiums.

Many scientists blame climate change for the increase in frequency and severity of flood events and predict that this upward trend is likely to continue, so it is a situation that needs to be addressed. In an attempt to do so, the government, in collaboration with the insurance industry, has established Flood Re.

Flood Re is a reinsurance scheme, run by the insurance industry, but with a public function. With policy objectives set out in legislation and as a custodian of public money, it is directly accountable to parliament. Its vision is that it will provide affordable flood cover to those households who need it the most, increase the availability and choice of insurers for customers and also create a level playing field between new entrants and existing insurers in the UK home insurance market.

Insurers can choose to transfer the flood risk element of a home insurance policy to Flood Re, which will pay out in the event of a claim. Insurers continue to set premiums and excesses and manage the relationship with the customer.

Keeping afloat
Flood Re is funded through a combination of premiums and an annual levy. The levy is payable by all UK home insurers, regardless of whether or not they transfer any risks to the scheme.
Initially set at £180m per annum, each insurer's share is proportional to the total amount of home insurance business written. Premiums, based on the council tax band of the property, are paid by insurers for each risk transferred. Each claim is subject to an excess of £250, or the policy excess set by the insurer if greater.

At the time of writing, Flood Re is on course to launch this month, only a short time after the winter floods. With initial estimates of the repair bill running into billions, some have questioned whether an event on the same scale would leave it unable to pay all the claims.

However, in addition to its own funds, it has reinsurance arrangements in place, reducing its exposure to large losses. In keeping with Solvency II regulations, it aims to meet claims in all but the most extreme events, such as those that might be expected to occur only once in 200 years.
If further funds are required, it has the ability to call on insurers to pay an additional, compulsory, levy.

Furthermore, the cost to Flood Re is likely to be only a fraction of the total repair bill. In addition to affecting flood prone areas, large-scale events tend to affect properties that have not been flooded before, and so at the time of flooding they are unlikely to be ceded to the scheme.

Availability and affordability
Flood Re was designed, in part, to address the shortcomings of the previous arrangement, the Statement of Principles, which was last signed by the government and the insurance industry in 2008. Intended to be a temporary measure, it was a non-binding agreement between certain insurers and the government, which said that insurers would continue to offer cover for domestic properties and small business customers in high-risk areas, using risk-reflective pricing, providing that the government managed flood risk effectively. Not all insurers signed up to it, and it offered insufficient choice of provider to customers.

Under risk-reflective pricing, properties that are deemed to be high risk are costly to cover.
Although this is a feature of an effective insurance market, it can create affordability issues. The ability to pass flood risk on to a third party in return for a fixed premium should mean that insurers could offer potentially affordable home insurance for homes that are eligible for Flood Re and customers who have struggled to find an insurer to cover them in the past could suddenly find they have a choice of providers.

However, passing risks on to Flood Re is optional. With insurance companies having differing views on the flood risk in a particular area and premiums linked to council tax bands, insurers will have their own opinion as to whether ceding a risk represents value for money, and they may even decide not to transfer any risks at all to the scheme.

Furthermore, commercial properties are excluded from Flood Re and, for consistency with the Statement of Principles and to avoid encouraging development on flood plains, only residential properties built before January 2009 are eligible.

The operating costs of Flood Re will be carefully controlled, but nevertheless the scheme needs to be paid for through the levy, the cost of which will ultimately be passed on to customers. Since the levy is proportional to market share, some insurers, including those who avoid writing high flood risk business, may need to increase premiums.

Any increase in premiums, especially following the recent increase in Insurance Premium Tax, is likely to hit those customers on low incomes the hardest, raising questions about the fairness of the scheme and whether its benefits will outweigh the costs.

Although Flood Re will hopefully meet its affordability and availability objectives for properties that meet the eligibility criteria, this is unlikely to happen overnight. Despite an onboarding process designed to ensure that providers are ready from day one, business from some channels, such as through brokers who require third parties to implement the necessary systems changes, might be deferred until later in the year or longer.

For those insurers who have the processes in place at the outset, to start with they will probably cede risks already written to cost-effectively reduce their exposure. The decision of whether to increase the amount of home insurance written, especially in high-flood-risk areas, is a strategic one. Considerations include operational capacity for increasing volumes of business and claims,
attitude to risk and views on competitors' likely market strategies.

Weathering the storm
Like its predecessor, Flood Re is only intended to be temporary. The aim is to return to risk-reflective pricing by 2039. It may seem odd that the plan is to return to the situation that Flood Re has been created to improve. A return to risk-reflective pricing is only likely to succeed if the risks themselves change. For that to happen, there needs to be a change in practice and attitude across many different areas.

Climate change is a long-term issue and there needs to be a long-term strategy for flood management. On an individual level, homeowners could minimise the damage caused by smaller floods in particular if they adopt resistance and resilience measures such as installing flood guards, using waterproof plaster board and placing electrical sockets high up the wall.

On a national scale, there needs to be greater investment in flood defences, and, with population growth putting increasing pressure on housing stock, there needs to be stricter controls in place to ensure that there is no further building on flood plains.

It is too early to say whether Flood Re will be a success or not. It is obviously not a defence against flooding; it does not do anything to stop floods or reduce their cost. However, if it can help relieve the financial burden on homeowners while providing breathing space for resilience and defence measures to be implemented, then it could be of great benefit to society.

This article appeared in our April 2016 issue of The Actuary.
Click here to view this issue
Filed in:
04
Share