Actuary in a hard hat 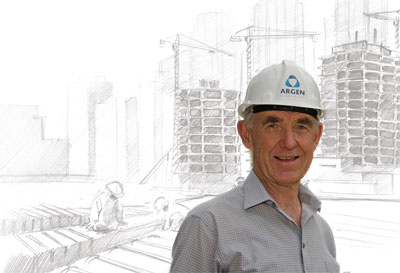 The Chartered Enterprise Risk Actuary (CERA) qualification is opening new doors to actuaries. We have traditionally been restricted to financial institutions but now have an opportunity to add real value in the non-financial business arena, which dwarfs the financial arena. As a CERA I was fortunate to be appointed to the chief risk officer's task team in a major construction firm three years ago.

I have been a pension fund valuator, as well as a life office statutory actuary, and thought that I had a good idea of what risk involves. However, my exposure to the construction industry has given me a whole new perspective.

Consider a construction company that has won a tender to construct a power plant in a remote area in a foreign country. The price is a fixed amount, and guarantees have been given regarding the project completion date and the minimum amount of power that will be generated.

The list of risks to which the construction company is exposed is mindboggling - funding, counterparty, geographical, the elements, corruption, labour, culture, politics, and many more. Yet there are many non-financial companies whose regular business is to take on this level of risk.

It is not easy for actuaries to enter the non-financial business world, since the CERA qualification is still unknown outside actuarial circles. However, the marketing material provided by the CERA Global Association is helping to raise our profile.

I have also found helpful the chapter in Robert J Chapman's book, Simple Tools and Techniques for Enterprise Risk Management, which gives practical advice on securing a consulting appointment.

Being part of my client's CRO task team gave me exposure to other professions that I would not normally encounter as an actuary, including engineers and corporate lawyers.

I quickly came to realise that engineers, in particular, have a different mindset to actuaries. They work in a world of concrete and have little tolerance for, in their view, 'airy-fairy' concepts such as value-at-risk. This has led to some robust debates during our presentations to the client's executive committee. Fortunately, not all engineers feel this way and those high up the corporate ladder appreciate that the CERA can play a part in the company's risk management.

Larger non-financial companies have been doing risk management for many years, but this has generally been limited to mitigating risks based on risk registers. Thus, from my observations, the level of ERM in most non-financial companies is immature relative to financial institutions that need to comply with the Basel and Solvency directives.

The CERA study materials and examination equip the actuary with certain ERM skills and tools. It can add real value in the non-financial arena by incorporating the company's balance sheet in the risk management process - the company is then aware of its financial risk-bearing capacity (RBC).

The CERA is also able to quantify many of the risks to which the company is already exposed, using the value-at-risk approach. These two sets of values allow the client's risk committee to check that the company has not overextended itself and determine what capacity is still available for new projects. The client is thus able to directly link future strategy, the strength of its balance sheet and current risks.

Many of the members of the client's board of directors are non-executive. I have observed that the non-executive directors draw reassurance from the fact that an independent and impartial ERM expert, the CERA, is involved in the compilation of risk reports that are presented to them.

The RBC exercise determines the amount of capital that is available to meet expected and unexpected losses. We currently take this as the value that a potential debtholder would place on the company, using a derivative of the Merton model.

One input is the probability of the company defaulting on its debt. Thus the company's credit rating is a major factor, and any changes in credit rating have a very substantial impact on the level of the RBC. This is particularly relevant in South Africa at the moment - the sovereign rating is hovering just above junk status, which impacts the credit rating of South African companies.

The company needs to decide how much of the RBC it is willing to place at risk, that is its 'risk appetite'. For this we re-run the RBC exercise but assuming a credit rating one notch lower than the actual credit rating. This has resulted in the risk appetite being set at about 80% of the RBC. We show this figure in our reports to the risk committee, but the final decision lies with the board of directors. The value-at-risk (VaR) for a project is the figure that is expected, with 95% confidence, to exceed losses arising from the project.

For this exercise the key risk drivers for the company need to be identified with their probabilities - these are based on historical information adjusted for expected future developments. The methodology is adapted as more is understood about the business and further information becomes available.

Figure 1 gives an example of a VaR run-off profile for a project that has 18 months until completion. Note that as the VaR reduces, the company's capacity to take on more work increases. Our client closely examines the risk graphs when considering taking on new work. It is possible, for example, that the VaR for a potential new project might increase the total VaR above the risk appetite, as shown in Figure 2.

In this case, the client has to consider whether to: not tender for the project; or delay commencement until sufficient capacity becomes available; or enter into a joint venture with another company, which will reduce the client's portion of the VaR.

The inclusion of a CERA in the ERM process has resulted in the risk report becoming an important tool in the client's business strategy.

The non-financial business arena is enormous and actuaries are well placed to add real value in the risk management process. We must grasp the opportunity that the CERA qualification has created, and play our part in that arena.

This article appeared in our March 2016 issue of The Actuary.
Click here to view this issue
Filed in
03
Topics
Risk & ERM