Happy new year from Jessica Elkin and, she says, while the future looks bright for actuaries, its always worth planning for a worse-case scenario 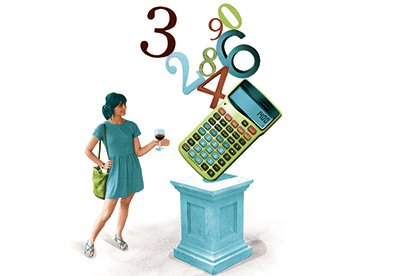 An ActEd tutor once commented in a tutorial of mine that pensions actuaries could be replaced by monkeys. Now there's a line that'll give a girl some existential angst. Options for coming to terms with it include assuming that he was referring obscurely to infinite monkey theorem, or perhaps he took those old PG Tips adverts with the chimps too seriously, leading to an elevated opinion of their abilities - could be either.

Having digested that inspirational titbit over the last few years, I continue to be thankful that the prevailing opinion is not in line with his. Yes, actuarial banter might include teasing pensions actuaries about the decline of DB pensions making them obsolete. Or teasing life actuaries because Solvency II is now in place, and there'll be nothing left for most of them to do. And so on. I shouldn't let GI actuaries get away scot-free, but it's not my area of expertise.

These jokes got me thinking about actuaries' potential - the bad kind. Last year I went to an industry talk by Centre for Policy Studies expert Michael Johnson in which he proclaimed that pensions are dead. He then went on to say that insurance is dead. He also said that we should abolish corporation tax. He said a lot of rather outrageous things, actually, but still. He predicted a concerning state of affairs for our kind.

What I'm eventually getting at is this: what would happen to us in a world where we were no longer necessary, replaced by infinite monkeys, or machines (think Terminator with calculators), or cheaper workers elsewhere who can dial in via Skype? We shouldn't get too comfy. A few years ago we wouldn't have expected cabbies to be in any imminent danger, then along came Uber. Better for the consumer; not so good for taxi drivers.

Virginia Woolf said back in the 1920s, that "The very stone one kicks with one's boot will outlast Shakespeare," and during a tutorial at university I debated this with other students. Would there be a time when Shakespeare would cease to be relevant?

I know what you're thinking: 'Thank God someone thought to ask this!' But now my priorities are different, and so is the question. Could actuaries cease to be relevant? What would I do if such a thing happened?

We all have an understanding of the value of actuarial skills. Actuarial employers know our value. But sometimes, just sometimes, I'm not sure anyone else really has any clue.

Lay people who have some idea are impressed when I tell them what I do. But we all know those people are thin on the ground, and that they are probably just nodding along so that we stop talking about numbers. Let's hope these nodders-along keep it up if we're asking them for a job.
After the surprising majority of the last general election, I read a newspaper article on a phenomenon where we all think our political view is popular because we are all living in a social media echo chamber of our own opinions. We are parroting what we hear from our mates, and agreeing with these people on our social networks, so we believe that our views must be widely accepted in the population as a whole.

Sometimes I wonder if it's the same here. We, in the profession, all know that we're worthy, but in reality are we both the emperor and the adoring crowds admiring his birthday suit?

I know this isn't a particularly awe-inspiring way to start the year. I should be telling everyone to start a jar of happy thoughts and be thankful for the small joys of every day. Call your mum more often, post flowers through a neighbour's letter box, smile at babies you pass. That sort of thing.

But what better way to take your mind off a soggy January than a bit of cynical navel-gazing?

My foray into this sort of metaphysical catastrophe scenario, hopefully represents a less than 1-in-200 circumstance. Naturally, it is not to be taken seriously. But if you hear of a zombie apocalypse approaching, you might want to think about how useful that calculator is going to be. Thankfully, we are smarter than the dodo. Just check out our foray into the realms of climate change and the environment, as evidenced in this issue.

We are kings of evolution and won't be dying out anytime soon. And if pensions and insurance did, well we'd hopefully step over their remains onto the next big challenge.

This article appeared in our February 2016 issue of The Actuary.
Click here to view this issue
Filed in
02