Social security in a new climate 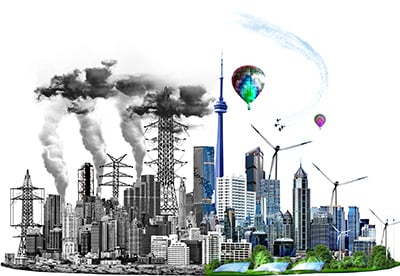 At the end of last year, the world's attention was focused on the United Nations climate change conference (COP21) talks in Paris. After some surprisingly smooth negotiations, a form of agreement on a range of general targets for some fairly distant dates in the future were agreed. While the intentions are laudable, commitments announced by national governments in the run-up to the event indicated probable future warming of close to 3°C rather than the 1.5°C to 2°C target referred to in Paris.

However, positive outcomes of the conference included a greater recognition of what is needed to achieve a "less than 2°C world" and also the role of risk mechanisms - including social security - in taking the appropriate actions in reducing, mitigating and adapting to the changes ahead.

While the focus in talks and media coverage tends to centre on what the world may look like in 2050 and 2100, the impact of climate change is already happening. The rate of increase in sea levels has doubled in the past decade. Temperatures are more than 1°C higher than in pre-industrial times - so we are already more than halfway towards a 2°C target - and 2015 was not only the hottest year on record but also the 39th consecutive year of above-average temperatures.

Extreme events already affect livelihoods across the globe. These include: the 2015 droughts in Ethiopia, where it rained 90% less than average, leading to 15 million people in need of food aid; severe flooding in South Carolina, classified as a "one-in-1,000-year" event by meteorologists; and record breaking droughts in Nicaragua in both 2014 and 2015, putting farmers' livelihoods at risk. The number of natural catastrophes has quadrupled during the past 40 years, but this is just a taste of what is to come, with extreme events likely to occur with increasing frequency and severity over the decades ahead, according to research (bit.ly/1Z8NQFY).

Climate change has led to dramatic environmental degradation in recent times. According to the UN Environment Programme, Lake Chad has lost 90% of its surface area in 50 years and the Gobi desert increases in size by 2,500km2 every year.

These changes have significant impacts on economic growth but also social cohesion - protests against increasing food prices have often developed into social conflict in the past decade alone. Negative impacts will fall disproportionately on the poor, who typically do not have the means to adapt and adjust - but are also overly represented in the agricultural sector, where income and living conditions are particularly vulnerable to droughts, flooding and other extreme events. These people also spend a higher proportion of their income on food staples than the better off and are thus more vulnerable to future price increases.

This is where social security and social protection systems come in. Their aim is to respond effectively to a range of life-cycle risks and they often play the role of the insurer of last resort. The informal sector still counts billions of workers with no employer protection, and most people do not have access to risk cover, because is too expensive or their risks are not insurable.

Social security institutions provide benefits and services in retirement, on death, during the birth and childhood of infants, for disability, unemployment and for sickness and long-term illness. While coverage varies by country, considerable efforts during recent decades to extend it within existing branches (increasing the level of benefits and the proportion of the population covered) and through new branches (the introduction of unemployment, medical and disability systems) is encouraging.

Social security systems have always had to put in place both ex-ante and ex-post measures to respond effectively to changes in the external environment - whether this is increasing life expectancy, the challenge of providing and financing long-term care, responding to an increase in mental health disability cases, the rise of non-communicable diseases and addressing youth unemployment.

In respect of climate change, social security will face changing demands and, at the same time, growing financing constraints as economic growth slows. The nature of demand for services and benefits will also change: the importance of unemployment coverage for small businesses impacted by extreme events; ensuring benefits for the increasing number of climate change migrants; and responding to administrative requirements (how to pay benefits when communication systems are interrupted) are just three examples. Patterns and distribution of mortality and morbidity experience are also likely to change, requiring both effective pre-emptive measures and post-event responses.

Despite the challenges, a number of social security institutions have already put in place effective policies and administrative measures to respond to these impacts:

While such ex-post interventions make a key difference for affected populations, they cost a lot of money. Systems will therefore also need to put in place preventive measures to reduce risks and the negative impacts of climate change. These measures are very effective as they also secure a varying degree of other positive outcomes - for example, improving population health and a better management of increasingly scarce natural resources, such as certain minerals and water.

Social security around the world

Reasons to be positive?

So while concerted bold global action remains difficult, there is reason to be optimistic when looking at the action of different stakeholders - not just social security organisations but also some institutional investors, pension funds and certain corporates - and their increasing recognition of the risks and costs related to climate change. Changes will therefore also be driven by economic reality and the need to manage risk effectively. A switch from coal and other fossil fuels to increasingly cheaper renewable energy is occurring for financial, risk and health reasons - the regular episodes of smog in certain Asian cities, in part due to coal-fired power stations, is just one example.

The significant subsidies for fossil fuel - direct production subsidies amount to more than $500bn annually, with the IMF estimating total cost at more than $5trn if all externalities are taken into account - are no longer sustainable. Redirecting them to financing social security would support financing measures. But this would also lead to a virtuous circle of critical mass and falling prices for renewables, which are already competitive with many energy sources and even more so when these subsidies are removed (renewable subsidies are estimated at less than one fifth of direct fossil fuel subsidies).

And the role of actuaries in all of this?

With their understanding of risk management, appreciation of discount rates and the financing, design and sustainability of systems, actuaries are well placed to play a leading role in not only the discussions but also the actions taken. The IFoA, as well as the International Actuarial Association, have strong, active and motivated working groups and committees producing excellent work. The issue is cross-cutting and will affect all aspects of social security programme design and delivery, in what will be one of the key challenges for society this century.

Simon Brimblecombe is an actuary and responsible for policy analysis and research at the International Social Security Association in Geneva.