With reinsurers increasingly turning to non-traditional sources of growth, Alexander Hanks asks whether they can find their El Dorado in emerging markets 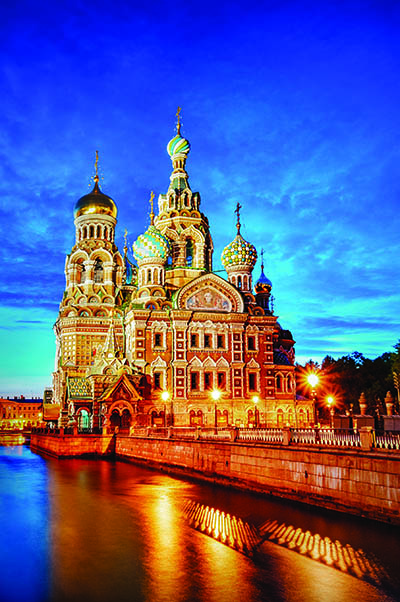 The 16th century Spanish conquistadors searched in vain for El Dorado, the mythical city of gold. Today, faced with serious challenges in their traditional markets, reinsurers are venturing into emerging markets for future growth. Actuaries have an important role to play in ensuring that future growth is profitable and not just another elusive El Dorado.

The traditional business model of reinsurers is being eroded by the commoditisation of risk. Where reinsurance was once a solution, catastrophe bonds are increasingly issued as an alternative. Initially focused on natural catastrophes in the US and Europe, the variety and geographic spread of catastrophe bonds are growing. New capital has poured into the reinsurance sector, putting pressure on rates, and in the absence of significant losses, this trend looks set to continue.

Hedge funds are attracted to reinsurance as a way of generating 'investment float' - and many of the world's biggest hedge funds now have their own reinsurance vehicles competing for traditional reinsurance business. Yet another challenge for small and mid-sized insurers comes from the giants of reinsurance, Munich Re and Swiss Re, who have a powerful position in the market as they are able to offer clients the capacity that smaller reinsurers cannot match.

Faced with these circumstances, reinsurers have limited options for future growth: embrace mergers or acquisitions to achieve the scale to remain relevant; escape the commoditisation of risk by focusing on niche markets; or look to write business in emerging markets.

Reinsurers are increasingly focusing on emerging markets, and it is important that actuaries should be ready to support them in overcoming new challenges that are often quite distinct from those encountered in more established (re)insurance markets.

Consider the Argentinian default on US$132 billion of public debt in 2001, one of the most infamously difficult periods for emerging markets, and the subsequent currency devaluation and inflation that devastated the Argentinian economy. While not as dramatic as in Argentina in 2001, episodes of high inflation and currency devaluation continue to plague many emerging markets.
Such episodes present a significant challenge to the actuary trying to price future contracts from historical data. The rapid growth that many such markets have undergone in recent years has made this still harder. In many emerging markets, there has been a very rapid rate of insurance growth over the past decade, and it would not be unusual for an actuary to see data showing premiums as a proxy for exposure that have doubled in just a few years. Ten years of actual experience data might only correspond to two or three years of data on an exposure-adjusted basis.

Property insurance is one class of business that requires particular consideration. Many buildings now exist on land that was, until recently, just countryside, and the quality of construction, the history of natural catastrophe events and the impact of climate change are all unknown. Flood risk is also one of the most important issues for actuaries to address, as climatic events like La Niña and El Niño can have strong impacts across a wide geographic area, leading to high rainfall and serious flooding in some regions and crop-damaging droughts or fires in others.
Building a credible flood model remains a serious challenge, and the companies that model natural catastrophes face a difficult task just to bring their earthquake and windstorm models up to the level of their more established 'peak-zone' models.

A further class of business that is widely used in emerging markets is surety insurance. It provides a mechanism for governments to develop infrastructure with a degree of certainty that the infrastructure will ultimately be delivered.

In the event of a construction company failing to meet its obligations, the bond insurers have the option to step in and make alternative arrangements to fulfil the contracts or, eventually, to recompense the government financially. Brazil is home to some of the world's largest construction firms, and the current economic turmoil and ongoing corruption scandals are prime examples of the challenges (re)insurers need to navigate.

Reinsurers writing business in multiple countries can also be subject to the different rules for locally capitalised and regulated reinsurers, as opposed to foreign 'admitted' reinsurers. The capital work of an actuary becomes more complex whenever a new legal entity is established to write business as a local reinsurer. A new set of capital and regulatory rules must be followed and, depending on the circumstances, might require specific internal capital model work. Actuaries must be prepared to deal with a variety of regulatory environments in different countries.

Insurance is at varied levels of maturity in different countries and classes of business in emerging markets. This uneven pattern of market development is noticeable in the lack of consistent policy wording. Many policies require careful reading to understand the full extent of the coverage and structures being underwritten, so it's critical that actuaries work closely with underwriters in order to understand the risks that are being covered.

Further, slow legal systems present one of the biggest problems for reserving actuaries in these markets. At the extreme, disputed claims could take more than a decade to reach resolution in some countries, and the possibility of court-awarded time-interest penalties could lead to big swings in final settlement costs.

The quest for future growth will present many challenges for reinsurers. Actuaries can help ensure that the pursuit of wealth in emerging markets becomes a reality and doesn't enter the history books as another El Dorado.

Alexander Hanks is a senior manager at EY in London