Time for a swift Brexit?

Game changer: What would a Brexit mean for the UK's financial system? 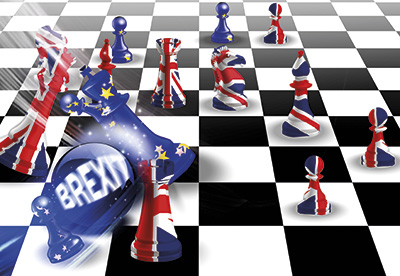 The liberal's dilemma: With an electoral vote still on the cards in 2017, Philip Booth looks at the pros and cons of a 'Brexit'


Supra-national authorities, such as the EU, should do two things. They should restrain governments from over-stepping their natural authority. Second, they should provide 'public goods' that might not be efficiently provided by nation states. These might include defence or dealing with cross-border environmental problems. The second of these functions appears to be generally better performed through international agreements such as NATO. Certainly, the EU appears to contribute little to solving international foreign policy problems.

So, let's concentrate on the first function of the EU. By promoting the free movement of goods, services, people and capital, the EU locks governments into a semi-permanent agreement, which prevents them undermining the freedoms of their own citizens. For example, there have been huge benefits from the free movement of labour, both in the form of permanent migration and also in relation to people moving around to do business. This is much more in evidence on continental Europe than in Britain, of course.

Some Conservatives might argue that this undermines countries' democratic rights. However, all governments operate under constraints designed to prevent them from wielding unreasonable power over their citizens. But, there is a problem. Many saw the creation of the single market as an important milestone on the way to promoting free trade. In fact, Ted Heath called this correctly when he argued that the single market was never meant to be a free market. The single market is best thought of as a 'single regulatory zone'. And, once a layer of government (the EU in this case) is given the authority to regulate business in the name of promoting free trade, almost any transfer of regulatory authority is deemed legitimate. This is how we have created the regulatory monster.

There is no intrinsic reason why companies operating under different regulatory systems cannot trade financial services freely. Similarly, there is no reason why all companies need to follow the same accounting standards throughout the EU or issue the same forms of prospectus when they come to market, or why stock markets should have to follow EU directives such as the Markets in Financial Instruments Directive. Indeed, many of these things were hardly regulated at all by government in the UK until 1986. However, the argument goes that, in order to have a 'single' market, all financial regulation must be the same: this lowers transactions costs and creates a level playing field. But centralising regulation at the EU level also prevents regulatory competition and centralises authority at a level of government that is totally unaccountable; it fossilises regulation; it ensures that processes can be captured by interest groups (mainly big firms and regulators); and it prevents the evolution of new ways of doing things. Furthermore, centralising regulation at the EU level increases systemic risk by promoting herding - and if that regulation promotes perverse behaviour across the EU as a whole (Solvency II promotes investment in risky government bonds, for example) risks are multiplied.

Regulation reform
No matter how damaging, it seems impossible to turn back the regulatory ratchet in Brussels. Whether it is costs loaded on firms leading to lower productivity or labour market regulation leading to the tragedy of youth unemployment, the EU elite is unmoved. That is how it appears from a British point of view.

So what would a good reform programme look like? When it comes to the regulation of labour markets, Brussels should have no powers. The Common Agricultural Policy is a disaster and should be scrapped. Fishing should not be regulated at the EU level. With regard to banking, insurance and other financial market regulation, the EU should have one power only - to prohibit member states from bringing in regulations that restrict trade. If the French government wishes to burden its consumers with regulation, so be it. But if a UK insurance firm establishes a subsidiary in France regulated under French law and buys services from the UK subsidiary, the French government should not be able to stop this by implicit or explicit means.

The internationalisation of insurance regulation - if regarded as desirable - should happen by inter-governmental agreement between countries with similar markets and systems, such as the UK, Ireland, Canada and the Netherlands.

This should be David Cameron's renegotiation agenda, but it will not happen. For these reasons, most of my allies in Westminster think-tank land are convinced Britain should leave. But, at the moment, I am a fence-sitter. I look at Westminster and do not like what I see there either. It was the UK government that drove through Solvency II in the EU; it was the UK government that promoted the most expensive way of reducing carbon outputs and ensured that it became EU policy. And its record at home is just as bad.

A government that claims to be in favour of deregulation is introducing charge caps for pensions; Harold Wilson-style training levies; and a huge increase in the minimum wage. Eurosceptics tend to suffer from nirvana fallacy - they compare the EU with all its faults to a perfect policy environment in the UK. On the positive side, since 1986, the EU has done much to promote the free movement of capital and I very much value the free movement of labour. Indeed, should we leave, my fear is we will still end up with all the EU regulation and, in addition, more restrictions on migration. At the moment, I cannot migrate firmly to one side of the fence.

Philip Booth is editorial director at the Institute of Economic Affairs and a professor at St Mary's University, Twickenham 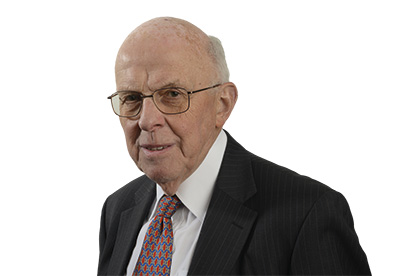 The dissatisfied federalist: David Wilkie argues that reform from the inside rather than an exit is the only viable solution


I have long felt myself to be European, as well as British and Scottish. Beethoven, Dante and Rembrandt are as much part of our heritage as Holst, Milton and Raeburn. I have long been in favour of some sort of European Union. Although many do not like the word, we now have a type of federation, in which states, by treaty, combine for some central functions. Comparisons can be made with the US, where the federal government has great power, and Confoederatio Helvetica, or Switzerland, where the federal government is relatively weak, and cantons, although quite small, are far stronger.

But I am not happy with the EU constitution. A federal constitution can be split into two: how central matters are decided, and what powers are passed to the union. The EU's decision-making system is poor. It is a union of governments, not of peoples. The main legislative body is the Council of Ministers, where different ministers from the state governments meet, and finalise legislative directives in secret, after the elected European Parliament has had its say.

It would be better if the council consisted of two or three named individuals from each state, preferably directly elected. A simple majority in the council and in the parliament should be required. Instead of legislation being proposed only by the European Commission, members of the council or of the Parliament should be able to propose legislation. All this would be more like the constitution of the US. But there is no need to add a powerful president; consider Switzerland instead.

Then there is the division of powers between the union and the states. In some respects we have not gone far enough, in others we seem to have gone too far. We need a common EU Border Agency, so that visas are issued for the whole EU, and migrants and refugees are dealt with on an agreed common basis. The union also needs some direct tax-raising powers, to avoid the annual dispute among the state governments.
I suggest a common corporation tax, with, say, a 10% tax rate. Individual states could charge more. This would diminish the advantage of countries that can afford to have very low corporation taxes, like Luxembourg.I see no need for commonality in many other respects. Within the UK, we have different personal laws, licensing laws, laws on abortion. Within the US, the states take different attitudes to the sale of drugs and of alcohol.

There is no need for arguments in favour of 'free trade' to override local laws, such as employment law, so long as the rules apply to all EU citizens equally. It is sad to see problems with the EU turned in Britain into a matter of Britain versus the rest. If internal migration within the EU is a problem, is it unique to Britain, or is it a problem in other places? There is far larger cross-border employment in parts of the continent, which we hardly experience in the UK, in spite of our land frontier in Ireland. We need far better information before we can conclude that internal migration is only into the UK.

As regards the current problem of refugees, we could remember that West Germany after the war had about 10 million refugees, many from Silesia, Pomerania and Prussia, parts occupied by Poland and Russia. They were Germans, but they were homeless, and many were destitute. Germany, and many other countries, have had far more experience of refugees than the UK has, and we could perhaps learn from them.

If there are problems, as many in the UK seem to consider, we should have a European approach to them. What do those in other states think? The Conservatives in the European Parliament have not made good alliances with MEPs from other countries; nor has UKIP. How can we get influence that way? Indeed, it is deplorable that the British press almost wholly ignores what goes on in the European Parliament.

Change comes from within
I consider reform from the inside the way forward. Mr Cameron may be able to get some of what he would like, and present it as a success; he might get nothing and recommend that the UK withdraws. In my view, this might be disastrous. Some Eurosceptics seem to assume that the UK could easily drop into the European Economic Area, like Norway or Switzerland. But if we are on the way out, why should the EU allow this? They seem to me much more likely to say that if you are out you are out, and can get no concessions other than any third-party country might.

In order to control migration seriously, we would need to introduce some combination of identity cards, with address registration, as many countries have, and much tighter visa regulations. The response of the EU might be the same, so that all Britons would have to apply for visas for any trip to the continent, or perhaps even to Ireland, if it remained in the EU. Then all the British residents in the EU, including the many retired in Spain, would lose their right to live there.

They might be able to stay, but if they were to leave, they might have to apply for a visa to return. You simply cannot be sure what the response might be if the UK disrupts the EU by withdrawing.

So my vote about the EU, however it is worded, would be to stay in.

David Wilkie is a consultant and an academic, well-known for his actuarial articles and his stochastic investment model

This article appeared in our November 2015 issue of The Actuary.
Click here to view this issue
Filed in
11