Freedom and choice for annuity holders 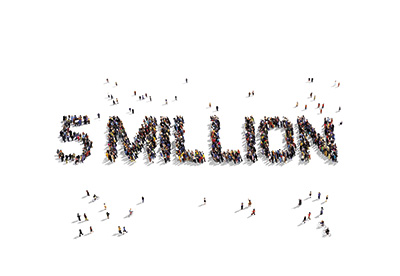 Around five million people in the UK own annuities. From 2017, the government plans that annuity holders will be able to assign the income stream from their annuity to a third party, in exchange for a one-off payment.

Historically, individuals below the age of 75 drawing defined contribution pensions typically had to buy an annuity, although government has removed this requirement as of April 2015. Annuities are unpopular (somewhat unjustly in my view), and many who were forced to buy an annuity will envy the choices available to members retiring now. The current tax system deters annuity holders from selling their annuities. The government plans to remove the tax restrictions, so that existing annuity holders can also benefit from the new pensions freedoms.

Why would a member want to sell their annuity income?
Many won't. Many will value the security that an annuity provides - a guaranteed income that continues to be paid no matter how long you live. A recent YouGov survey - commissioned by the Institute and Faculty of Actuaries in June 2015, which covered 348 annuity holders over age 55 - found that 55% of people would not want to sell their annuity, 33% would potentially be interested, and 12% didn't know.

But there are lots of reasons why people might want to sell.
? They need (or just want) cash upfront.
? They want a different form of retirement benefit.
? They want to leave money to their family when they die.
? The annuity is only a modest part of their retirement income.

And members may currently be offered a sizeable sum for their annuity because of low gilt yields.
If only 10% of policyholders want to sell, say, then that's over half a million policies up for sale, with a value that could be as high as £20 billion, or possibly even more.

Will a market develop?
The jury is still out, but there are some very big challenges.

? How can annuity holders be protected from making the wrong decision to sell? People tend to underestimate the capital value of an income stream. And some very old annuitants may be less able to make good decisions than they once were.
? There's likely to be a requirement to receive financial advice. This is a mis-selling scandal waiting to happen. Will any advisers be prepared to take on risky business of this nature for an affordable fee?
? How will annuity buyers be protected against members in poor health not being completely honest about their condition?

I suspect these hurdles can be cleared. There are a lot of people who want this to happen, including government, and potential sellers and buyers. That leaves the big question - is there a price at which annuity holders will be prepared to sell and at which buyers will see value?

Who would buy a secondhand annuity?
Insurance companies and pension schemes are the most likely buyers. A portfolio of annuities would be a bit like investing in a portfolio of bonds, but with additional longevity protection.

If people live longer than expected, that puts a strain on pension scheme and insurer finances. But they would have some protection if they have invested in a portfolio of secondhand annuities, because the annuities should pay out for longer too.

It won't be easy buying annuities; understanding each seller's remaining lifespan will be key. This skill is fundamental for insurers who sell annuities on a medically underwritten basis. However, a major issue is how insurers can treat secondhand annuities for solvency purposes. Will they get credit for the annuities reducing their overall exposure to longevity risk?

Meanwhile, pension schemes will most likely want to invest via pooled funds. If there is sufficient scale, there is a great opportunity for people with the required skills, such as actuaries, to launch funds in this new area.

What happens now?
Following consultation, the government has pushed the launch date back to April 2017, giving welcome breathing space for these thorny issues to be considered. It expects to publish its plans in the autumn as part of the Finance Bill 2016. Would-be sellers will be disappointed to have to wait another year. There is a lot of work to be done before April 2017, and it will be a challenge for buyers and advisers to be ready. It may be a 'buyer's market' for those who can get their house in order in time for the initial wave of sellers.

Adam Michaels is an investment partner at LOP
This article appeared in our November 2015 issue of The Actuary.
Click here to view this issue
Filed in:
11
Topics:
Pensions