With the cap on care put on the back-burner by the UK government, Hamish Wilson looks at what this might mean for individuals and the future of product development 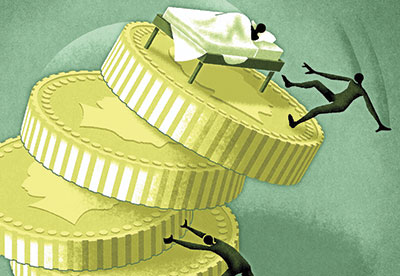 In July this year, care and support minister Alistair Burt announced that the implementation of the £72,000 cap on care costs in England will be delayed from April 2016 until April 2020. "A time of consolidation is not the right moment to be implementing expensive new commitments such as this," he said, "especially when there are no indications the private insurance market will develop as expected."

The announcement confirmed that the higher means-testing threshold was also being delayed. Despite Burt further clarifying that the government was firmly committed to implementing the cap on care costs in 2020, many market and political commentators have taken this to mean the cap on care has been hung up at the back of the cupboard for good.

What does this mean for individuals?
The proposed cap on care costs was aimed at protecting individuals from the "catastrophic care costs" of living for a long time in care. Under the current system in England, there is no cap on the costs an individual may have to pay above the means-test threshold of owning assets over £23,250 - including the value of property if they, or a close relative, do not live in their own home. This leads to a risk that the wealth, including housing wealth, could be almost fully eroded for those with the longest care needs. In effect, the proposed cap meant the state would have provided insurance against this catastrophic tail risk.

Crucially, and often missed by press commentators, the proposed cap excluded daily living costs and only covered the amount that the local authority would pay for, at a rate set by them. Under the Care Act 2014, these living costs, or hotel costs, to be met by individuals was set at £12,000 a year.

The proposed cap of £72,000 in 2016 was also higher than the range initially proposed by the Dilnot Commission (£35,000 in 2010 prices). Research by the products research group of the IFoA's pensions and long-term care working party found that for those who are aged 85 today going into care, just 10% of them would be likely to reach the cap at all, and they were likely to spend £140,000 on average before reaching it. The research also highlighted huge regional differences in the time it takes to reach the cap. The far bigger impact on individuals will be the delay in the introduction of the higher means-test threshold, which was moving from £23,250 to £123,000, and, possibly even more important, the delay in individuals receiving information or advice on providing help for care. Starting the meter ticking on the cap was seen as a great incentive for individuals to contact their local authority and receive a gateway into information and advice.

Individuals in Northern Ireland, Scotland and Wales are not directly affected by these changes as the devolved nations have their own care funding regimes (see box below).

What does this mean for new product developments?
The Dilnot commission had hoped that the introduction of the cap would "stimulate both supply and demand" for new financial products that integrate with the cap. To date this has not been the case, as recognised in Burt's statement above. As well as low demand owing to a general lack of awareness of the need from consumers, there are several other possible reasons for this.

? Incentive to insure
The Dilnot Commission believed that the state providing the insurance against the tail risk would give the insurance industry more confidence to develop products to cover the amount up to the cap. But wouldn't the prospect of individuals facing catastrophic long-term costs make them more likely to seek insurance protection? The most popular current insurance product in the market, disability linked annuities, does exactly this.

? Political risk
Fear that the state funding regime would change in the future may also have led to a lack of product developments integrating with the cap. Indeed, Hannover Re confirmed that, in recent developments they have worked on, political risk was one of the factors considered in the design of these long-term products - in particular, choosing claims triggers that do not directly follow those used by local authorities and also setting a fixed sum assured level. The fact that the proposed new regime did not make the intended start date may vindicate this. There are still many reasons to be positive.

? New whole-of-life products
New long-term products - like the one described by Hannover Re above - are emerging. These link cover to the incidence of long-term conditions, such as dementia, Alzheimer's or Parkinson's, or the inability to care for oneself as measured by 'instrumental activities of daily living'.

? An open door for innovation
The introduction of pension freedoms in April this year was also expected to lead to a flurry of products using pension funds to pay for care. This could arise naturally through more individuals being in drawdown-style products, giving them individual flexibility to direct more funds to pay for care if they have sufficient funds remaining, or perhaps through the pooling of risk by making a fixed or regular contribution out of drawdown funds to purchase care protection.

? Equity release coming of age?
The often downcast lifetime mortgage products are slowly seeing an upturn in volumes, and with a fair wind and more consumer champion advocacy, these products could further help fill the funding gap. Indeed, equity release to fund, at least in part, the purchase of a disability-linked annuity can help protect individuals from the catastrophic tail risk. 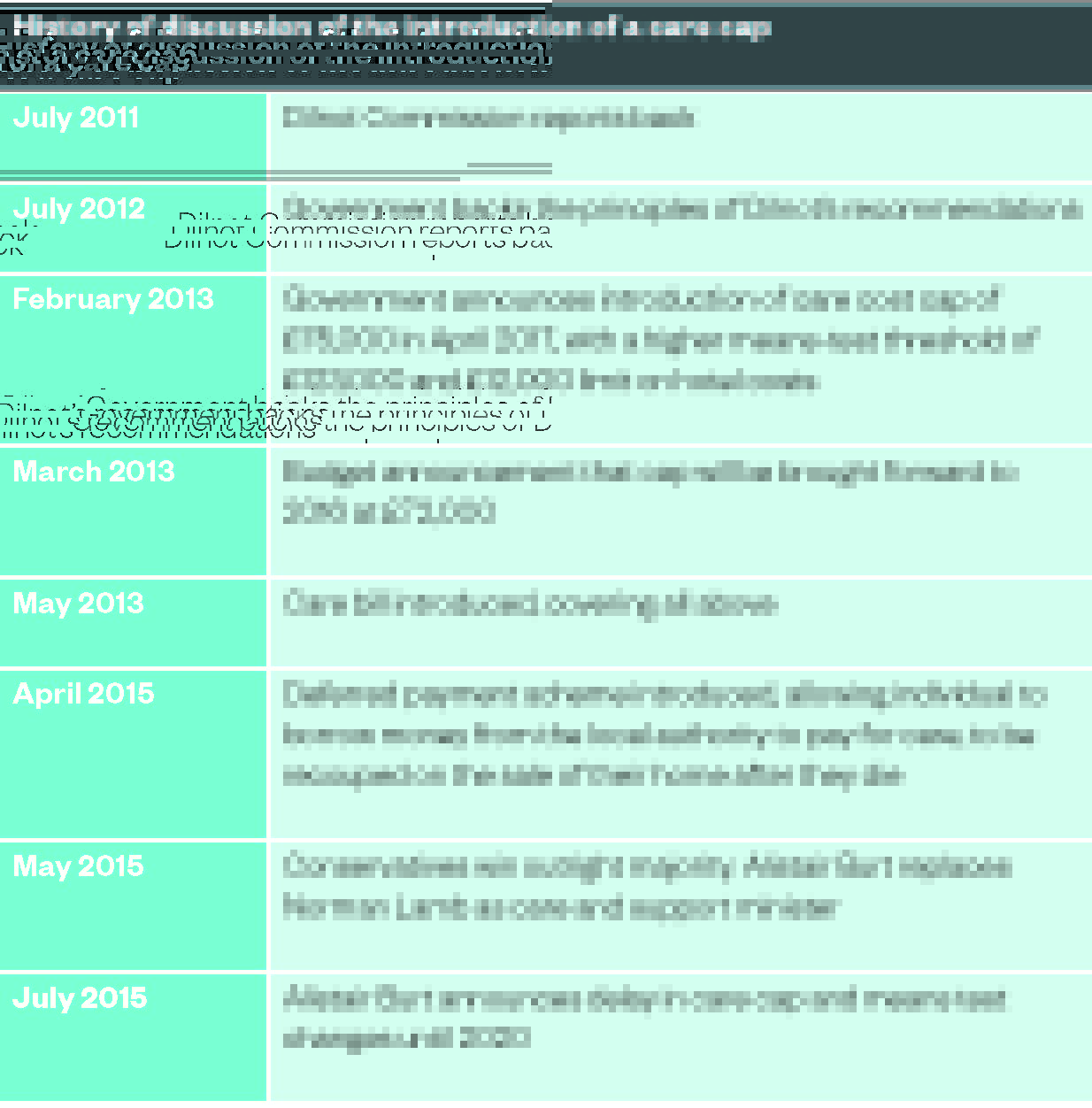 Could the profession do more?

In our day jobs working for providers, consultants or reinsurers, we can carry on doing the right thing by developing innovative new products, as described above, which meet the needs of individuals but also help stimulate demand. The industry has been amazing in coming together in the current 7Families campaign to promote the life-changing benefits of income protection insurance, and a similar initiative could really drive up public awareness of the need for care protection.

New guidance tools to help individuals understand the likelihood of care needs and the possible funding options in place would be desirable. There is also a wider public interest role that the profession should continue to meet to help the UK and devolved governments shape a sustainable funding model in each of the four nations.

Who are better placed than actuaries to look at long-term projections on the demand and costs of care and to help shape a model that minimises the uncertainties in both?

The development of a sustainable model that recognises the ongoing pressures on public finances at its core may also reduce political risk and give providers confidence to develop products that integrate more closely with the public funding regime. The Long-Term Care working party is ready to engage with government to fulfil this role.

If you are interested in joining this working party, please visit the Volunteer section of the IFoA website.

This article appeared in our October 2015 issue of The Actuary.
Click here to view this issue
Filed in
10
Topics
Health care