The public, organisations and government are bombarded with facts on a daily basis. Ed Swires-Hennessy gives advice on how to present information that will be understood 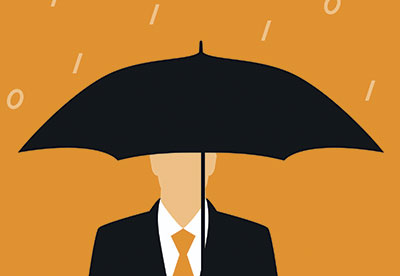 Data is everywhere. Some people are challenged by performance indicators and some are driving data dashboards to show the latest state of performance in different contexts. The providers of the information are usually well versed in the origin, pitfalls and meaning of the particular data items, but these are rarely in the main summary of the information, can sometimes be in footnotes and sometimes missing altogether.

In the UK, almost 80% of 16- to 64-year-olds do not have a GCSE-standard understanding of maths. So knowing the audience is crucial in determining how much and in which way data is provided. It is essential it is as concise as possible, and portrayed in a form and format to enable the recipient to understand it.

Basically, authors seek information in tables or charts before writing about it. Within the Civil Service, the request from policy colleagues was often: "Can we have a table of x by y for a brief we are writing for the minister?" The table would be prepared and forwarded. Words would be drafted and the brief sent through the chain of command. The text would be altered many times to add a nuance or clarify something of policy. However, the table or chart would stay the same. Nobody considered whether it was the best for the final piece of text, too many figures were included or the message still matched the accompanying text.

Too often, a written aim for a table or chart is not given, so no measure of how well it meets the final requirement can be made. Most of the time, too many numbers are included. Some numbers should have been deleted, others rounded and still others summarised.

The message is clearer in a well crafted summary table, and a reference table can always be included in an annex.

One policymaker, when challenged as to why he had included two decimal places in a male/female split, indicated that Excel had told him the answer in that way. So 43.47% of a group were female and 56.53% were male.

The additional digits beyond the decimal point in this instance are irrelevant and the figures should just have been 43 and 57. An ordinary human can quickly assimilate the differences in numbers up to base 100. Percentage differences are thus effective if appropriately rounded.

This does not mean all the numbers promulgated should comprise only two digits.

By the rule book
Many presentations of data ignore the basic principles taught in school: digits right-aligned in a typeface that is fixed for each number (that is, not proportional to the digit shown). Remember writing 'h  t  u' in mathematics books? That was to ensure digits of each magnitude were in line with each other.

The facility in Excel for putting all of the numbers in a column centred should be removed. Looking at a column of numbers, the teaching was that the number furthest to the left was the largest but that depends on right-justification of numbers and the right typeface. One investment house recently sent a summary of funds that broke these two rules as well as showing poorly rounded numbers.

Many reference tables are produced and put into reports without observing some simple checks. Many could be summarised to show a particular message. In all of our presentations of data, four words are key.

Clear. What was the aim of the table? Is it obvious from the data presented, or would the reader have to work hard to get the message? Sometimes, inverting a table can make the message significantly clearer: again, another principle often ignored is that, when comparing numbers, it is easier if they are in a column rather than across a row. Could the table be sorted to highlight the message?

Concise. One of the issues for all people who produce data - researchers, analysers, statisticians or actuaries - is the amount of data to be presented or charted. All want to show how much they have, but often that leads to tables and charts that do not present a clear message. Surplus numbers obfuscate the real messages. Does the table as presented have numbers in it that are not referred to in the message? What about rounding? The best person to do the work necessary to show the message clearly and concisely is the producer. Which one, of Table 1 or 2 (below), gives the clearer message?

Correct. Many people believe what is written in newspapers or other documents as coming from informed sources. One example, published in a UK national newspaper in 2012, suggested the world record for a woman athlete pentathlon in the long jump was 64.64 metres: this figure is a world record - but for the javelin!
Another obvious error suggested that 90% of the working-age population of the Borough of Richmond in London were disabled. Some of the data published is not effectively checked before publication.

Consistent. This relates to the design of tables and charts as well as to the presentation of numbers. Asking the reader to compare a number in millions with one in billions does not make sense, but this often occurs.

For those who publish information on the internet, a fifth word is also applicable.

Current. The information provided should not refer to a event that has already passed.
Most of this article has been about tabular material. However, basic principles for the production of charts also need to be followed to portray the correct message.

Just as for tables, a written aim should be the starting point. It should be written for two reasons. First, we can easily convince ourselves that the chart produced is the right one when in fact it is not. Second, for those who produce a particular chart on a regular basis - a monthly report, management dashboard, or annual summary - it is very easy to continue to produce a chart, suitably updated, because it was there last time. The rationale for its inclusion may not now be right.

Too many communications today lose the message because it has been hidden in a large table of data, or the wrong type of chart has been used, or has been badly drawn. Clear and concise communication takes more time for the originator, but will deliver the message much more effectively to the audience. 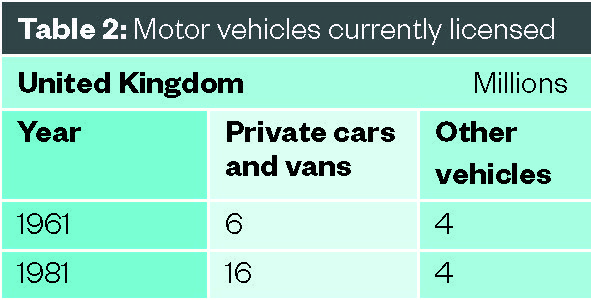 Ed Swires-Hennessy is a chartered statistician. He is author of the book Presenting Data: How to Communicate Your Message Effectively

This article appeared in our October 2015 issue of The Actuary.
Click here to view this issue
Filed in:
10
Topics:
Careers
Professional
Technology