Political animals in the workplace 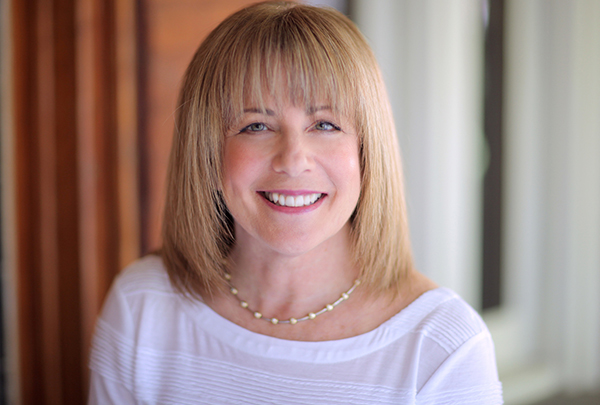 Frustrated by politics, women feel powerless to control their career destiny. They are more comfortable relying on their performance to get ahead. Yet, this belief in meritocracy along with their avoidance of office politics sets them up to be blindsided. Unaware of what's at play, they are often passed over for promotions and not given the resources they need to succeed. They become disillusioned and angry. The reality is that it takes political savvy along with great performance to get ahead and stay ahead in the workplace today.

You can't escape it. It's everywhere

It is not uncommon for people to voice their annoyance with the politics in their company and department and seek another position to solve this problem. They make a move only to find out that politics exists everywhere. In some instances, it may not be obvious, but it exists in every department and every company. In fact, whenever there is more than one person, there is politics!

Think about going out for dinner with a group of friends. Who sits next to whom? Who shares the gossip with whom? In sharing this gossip, are they hoping to gain favour and influence? Are they seeking to be accepted and liked? They are perhaps using this information for 'political' influence with their friends.

The fact is you can't escape politics. It's everywhere and you need to deal with it at some level in order to thrive in the workplace.

The people who try to diligently follow the rules are often very frustrated. Yes, every company has an employee handbook with the formal policies, but it is the unwritten rules that are important. What's frustrating about this is that these rules are not obvious. It takes both focus and intention to discover what the rules are before you break one of them by mistake. If you're lucky, when you join a new company or department, a trusted colleague will fill you in as to what the real rules are.

Once you accept the fact that there are unwritten rules, you can make it your intention to uncover them. The rules often differ depending on your boss, department, and team. Therefore, you must be conscious of your surroundings to understand how to play the game and how to win the game.

The rules are constantly changing

Another challenge to office politics is that the rules are always changing. Just when you've figured out what rules are sacred to your boss, he/she changes the rules and what was acceptable yesterday will not help you move forward tomorrow. New leadership comes in and things shift. People adapt to these changes and what they once considered to be important is no longer valid. It's a full time job staying abreast of people's rules and the importance they attach to their rules at different points in time.

People who get promoted aren't the most qualified

This can be the most frustrating fact of all. For when you work hard and then witness other people less qualified getting promotions, it doesn't seem fair. It seems that these people pay more attention to the politics than they do their jobs, so you feel justified in being upset. In reality, however, the people who have developed their political and social capital along with great performance will always come out on top. For they have mastered how to work the system, and they have aligned themselves with people in the organization who have power and influence.

All decisions are influenced by politics

Politics influences all decisions; whether it's access to scarce resources, promotions, special bonuses and incentives, or raises. There are most certainly policies and procedures in every company, but if you track how decisions are made, you will recognize that they are often influenced by politics. Some people get special attention because they happen to be in favour with decision-makers and influencers. These people are plugged into the power sources and benefit from it. If you want to know who the people are who have influence and power, take the time to track how decisions are made. You will soon see that decision-makers have a network of influencers that they consult. These informal networks of influencers have tremendous power.

The power and influence isn't always determined by the organisational chart. There are informal networks, sometimes referred to as the 'Old Boys Club', that have the ear of senior management. They don't necessarily occupy the top of the organizational chart, but don't be fooled. They still have a great deal of power over decisions that impact the direction of the company and your career. These decisions are most often made in informal settings outside the office. That's when the brainstorming and discussion takes place that results in major decisions.

The informal power networks are extremely difficult to penetrate

Women have traditionally been excluded from these informal networks. This fact makes it more difficult for women to impact the decision-making process. Typically, they aren't invited to the informal meeting before the meeting, or the meeting after the meeting, where key decisions are made. This is certainly frustrating if you're an outsider to these networks, because it means you can only react to decisions and not be proactive in the process.

There are constant shifts in power and influence

One thing we know for sure is that change is constant. Senior leaders come and go and the culture changes, the rules change, and as a result, the power and influence shifts. People gain and lose favour and the dynamics are always in flux. Yes, it's frustrating to keep track of all this, but it's necessary for you to survive and thrive in a politically charged environment.

Politics can make or break your career

This fact may be the most difficult to accept, especially for those people who believe in a meritocracy. Many of us believe that we will be rewarded for our hard work and talent. After all, we succeeded in school because of our diligence. But the rules in the workplace are different. It's not a true meritocracy. It's not a level playing field.

In summary, in order to be successful, you need to not only do the hard work, perhaps even extra work, but also create visibility and credibility for yourself across the organisation.  Politics is all about relationships. It's critical to build and nurture relationships with people who can positively impact your career. You need to build a power network by identifying and aligning yourself with those with power and influence. You also must be aware that politics rules, and there are constant changes in the workplace dynamics that can trip you up if you aren't aware of them.

Embrace the politics, whatever they are, and pay special attention to the reality of your workplace. How are decisions made? Who influences those decisions? What are the unwritten rules? What does it take to get promoted? Your performance and your political savvy are the key to getting ahead and staying ahead.

Bonnie Marcus M.Ed. is a certified executive coach, speaker and author. Her book, The Politics of Promotion: How High Achieving Women Get Ahead and Stay Ahead, provides a road map for women to navigate the complexities of their workplace to get the promotion they deserve.

This article appeared in our September 2015 issue of The Actuary.
Click here to view this issue
Filed in:
09
Topics:
Professional