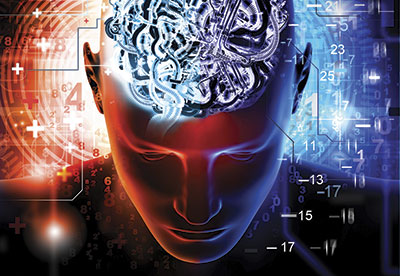 Financial mathematics is the cornerstone of all actuarial techniques. The time-value of money is at the crux of this, enabling us to compute the present value (PV) of a series of future cashflows.

The actuarial profession is well known for handling complex PV functions, particularly for its life and retirement benefit products, which deal with contingent cashflows dependent upon the survival status of the policyholder.


A profession of innovation

The role of actuaries, once traditionally confined to the insurance industry, is becoming redefined and broadened.

Unsurprisingly, actuarial principles are now more widely used in other financial sectors than ever before, especially in the banking domain, mainly because of the increasing complexity of banking products, and the unanswered financial shocks of recent years.

Although it is quite encouraging to see the widening roles and recognition of skills sets of actuaries in financial markets, it is currently believed that they have little to do within non-financial sectors.

A simple reason for this is based on the fact that actuarial theories and techniques are workable with quantitative data only. But I would argue that the actuarial profession, being one of the most innovative professions, has the potential to provide valuable insights into many non-financial areas.

What might an actuary do if offered an assignment to model the mental state of a human being? At the outset, we need to acknowledge that the brain is the most complicated organ in the human body.

The human mind is reactive to events, which generate emotions. The state of mind can be regarded as the outcome of a collection of inputs of happiness and sadness. These could be ongoing (present) or may occur sometime in the future, for which one has some expectations as of now. Indeed, these input variables themselves are outcomes of thoughts, which can be classified into two groups: 'positive thoughts' and 'negative thoughts'. For example, negative thoughts may lead to anxieties, worry, stress or mental tensions.

The input variables could be ongoing, currently occurring or expected to occur sometime in the future. Accordingly, these are like cashflows, which have severity in terms of amount, scale and timing of occurrence.

Given that these could be measured on some scale - a challenging task - then these must have a present value.

The complexity of their identification and quantification is a separate issue, and is beyond the scope of this article. However, given that these are identified and quantified, further insights into their present value are given below.

It is interesting to recognise that a bad event that is likely to occur in the near future is more worrying than if the same has to occur far in the future. Just to illustrate, the millennium bug Y2K appeared to be of huge concern across the globe in the 1990s, regarding the abilities of YY-formatted computer systems at midnight on 31 December 1999. The issue became more aggravated with time and was at its peak by the end of 1999.

Furthermore, a bad event expected to occur far off in the future, but that is severe enough, can also disturb the mind in the present.

It is interesting to note that the world has begun showing serious concern on the issue of global warming. Although troubling to us, it is much more so to future generations.

Nevertheless, the present value of this anxiety, which has emerged owing to climate change, is still huge because of its severity.

Evidently, the present value of an anxiety owing to likely occurrence in the future is a function of the severity of this news, its likely timing and its probability of occurrence.

If one could give some time to considering one's own concerns, it would not be difficult to identify eight to 10 biggest concerns, a few ongoing and few future ones. Let Si (i = 1 to n) be the severity of n major concerns of bad events one has, which are going to occur in ti time units respectively in the future, with respective probability of occurrences piS. Then, the PV of this series of sadness owing to bad news or events can be expressed as:

where 'v' is the discounting factor.

Similarly, the PV of happiness owing to good news or events can be defined as:

Hj is the quantity of happiness one is expecting owing to related positive news happening in the future at time tj, with respective probability of occurrence pjH. It is interesting to recognise these probabilities (piS and pjH).

The indicator of Mental State (MS) at a point of time can be modelled through the relationship:

One could think of the possibilities now as:

For a very cheerful person one can expect an IMS  >> 0.

? IMS  = 0: If the present value of happiness and sadness is equal or nearly equal, a neutral mind could be expected.

The above model is a simple one, which is valid for a newborn baby, who has started its life with a present value of zero, as there is no initial emotion attached to it at the time of birth. As the human mind ages, its state would also be a function of its past emotions.

It is interesting to argue that its accumulative value will again be derived by discounting (not accumulating as is the case in financial mathematics), with a suitable discounting factor. This is because of the very fact that while the monetary value of cashflows grows with time, emotions, positive or negative, would subside, not aggravate, over time.

Accordingly, a more realistic model for computing the present value of the human mind is the sum of three components - namely, emotions from the past, present and future. It is similar to the models of retirement benefits valuations by pensions actuaries.

This article appeared in our August 2015 issue of The Actuary.
Click here to view this issue
Filed in
08
Topics
Modelling/software