A game of chance for making life-changing decisions, or just a bit of fun? Its all in your hands, says Darryl Boulton 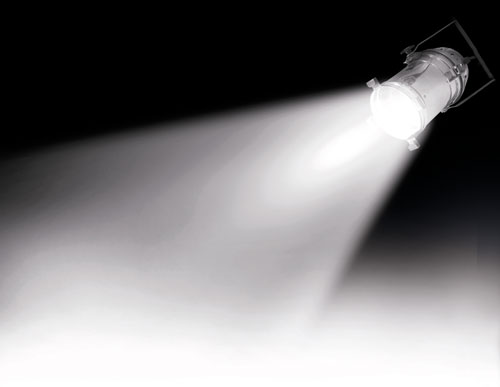 As a small boy I exhibited some early actuarial traits; specifically I loved playing with dice. Home computers were still at a very early stage so I employed all manner of combinations of dice to mimic tennis, football and cricket matches with loadings for better players and teams. Whether this prepared me best to be a bookmaker or an actuary is a moot point, but it certainly helped my early understanding of probability.

Whether I have any other actuarial traits is best judged by others, although I generally take it as a compliment when people express astonishment that I am an actuary. They could, of course, be considering my intellect but unfortunately the profession still has a reputation as being full of dullards, and I hope I can at least demonstrate that is not true of all actuaries. So this article had better be interesting no pressure then.

Some years ago, drawn by the title, I bought a book called The Dice Man by Luke Rhinehart. I recall it had rather a slow start, which perhaps reflected the boredom the psychiatrist in the book had with life. But this all changed one evening when he made a bold decision all based on the throw of a die.

From that point on he becomes obsessed with dice, such that virtually every decision he makes is based on the roll of one or two of these little cubes. His life degenerates hilariously and rapidly to such an extent that at one point he tries to eat and sleep all according to the roll of the dice.

The secret behind an exciting dice life is to have a balance of options, in particular there should be at least one option that you do not care for - however if that is what the dice decides then you must do as it decrees.

Go with the throw

In line with the international theme this month a good place to dip your toe in the water, so to speak, would be on deciding your holiday destination. If I had to list six choices - assuming no tight budgetary constraints - then I would list Canada, Croatia, India, Poland, South Africa and Thailand.

In line with my own rules for a good dice game I am very happy with two of these, broadly neutral on three and not too keen on one option. Please note I have listed in these destinations in alphabetical order which is not necessarily the order of my preference!

So what else? Well, meal choice is a relatively harmless area you can dabble in. Anyone following the 5:2 diet may want to vary it slightly by letting the dice decide each week between 4:3, 5:2 and 6:1 perhaps. Actuarial couples can of course have twice the fun.

Fans of Heartbeat may recall a scene where a man was put in the same cell as a hardened criminal who held a grudge against him. He was a fair man though and said only if, on the throw of a dice, the man threw anything from one to five would he beat him up. When the trembling man asked what would happen if he threw a six he was told: "It's Christmas, you get to have another roll".

Then there's work. I think it was David Brent of The Office fame who threw half the CVs he had to look at straight in the bin on the basis he did not like to employ unlucky people. So the dice can certainly help there!

On a more serious note can dice help in actuarial work?

Not in 2015 I think, but the concepts of chance and probability do play a big part in our work and a few harmless dice games may even help your general level of understanding, particularly early on in your career. Life insurance is a game of chance and, from a personal perspective, if the dice fall wrong you win big.

So it may not be Christmas, but I am nearly at the end of this article and am feeling suitably de-mob happy, so how about a dice game? If you throw:

3 - fetch a coffee for your colleagues

4 - write a letter to The Actuary

5 - treat yourself in a small way

6 - point this article out to your colleagues.

This article appeared in our July 2015 issue of The Actuary.
Click here to view this issue
Filed in
07