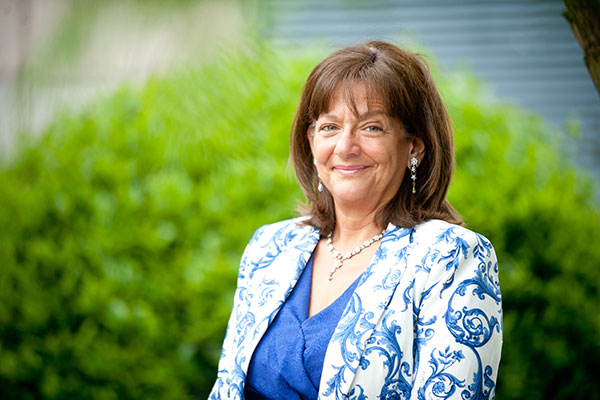 Ros Altmann first rose to prominence campaigning for the interests of a group of pensioners facing an uncertain retirement owing to failures in funding requirements at the time. Thanks to her unique ability to both grasp the issues and see through the eyes of the consumer, she has gone on to become one of the country's most recognised advocates on issues ranging from consumer finance through to pensions and care. Her varied career has also taken her from academia, to business and advising governments, and now to pensions minister.

It's Election Day when I catch up with Altmann at the Institute and Faculty of Actuaries' Health and Care conference in Southampton. She had just come off stage after speaking on later-life care, during which she set out the need for the industry to create a blend of solutions, including savings and insurance. She also called for more incentives to save for care needs, and proposed "family care plans" as one solution, recognising not only that families could cross-subsidise those that need this support but also that it is about the impact on the wider family too.

We discuss Altmann's route to becoming a consumer champion. In her usual self-assured and straightforward manner she explains that she didn't intentionally go into pensions. After doing a degree at Harvard she returned to the UK to do a PhD at the London School of Economics, analysing the family expenditure survey, noting that "the income of pensioners had not been well studied at that stage". This helped her establish a real interest in labour economics and policy. She looked at continuing her work in academia, but following an interesting six-month internship as a company analyst at Prudential, she decided to stay on in the corporate world. She says: "The currency restrictions had been lifted as part of the 'Big Bang' measures in the early 1980s. It meant the equity markets were taking off and it was an exciting time to be working in international equities."

Eventually, Altmann moved on to Chase, running their international equities department, followed by spells at Rothschild and Natwest. It was while expecting her youngest child, however, that she decided it was time to take a break from the City and spend more time with her family. When she later made the decision to ease back into work, Altmann opted for a few consulting projects, including one performing an independent audit of a small company portfolio valuation. This experience on an independent review proved valuable for her next step.

It was 1999, and two years into the New Labour government, when Altmann was put forward by an old colleague, Paul Myners, as a potential candidate to work on the Myners Review for then chancellor Gordon Brown. The review was to look at why institutional investors were not diversifying into different asset classes such as private equity, on which Altmann had written a number of papers. It was while working in Downing Street that she got closer to issues within the pensions sector.

She was asked by BBC's Panorama to meet with the workers of Allied Steel and Wire, whose pensions had been decimated owing to market conditions plus the minimum funding requirement not working effectively. It was fully funded according to the government's formula, but was only sufficient to pay retired members, not those still working. It meant the existing workforce risked losing everything. "No one was taking it seriously," she said. "I saw face-to-face the members who had thought their pensions were safe, and who had no other choice but to invest their pensions in the scheme." This spurred her into taking on the campaign, and the result of this work eventually helped form the Pension Protection Fund (PPF). However, as more and more schemes failed and the government refused to assist certain schemes, she helped the pensioners launch appeals to the Parliamentary Ombudsman and, later, a High Court Appeal after the initial rejection by the government to protect the pensions of these failed schemes. Eventually, in 2008, the government accepted the decision of the Court of Appeal and has since compensated 165,000 scheme members.

It was around the start of this campaign in the early 2000s that Altmann decided to leave Downing Street, concluding: "Originally, I thought the government didn't understand the issues, so being inside could help change that. But it was becoming clear the government wasn't serious about changing things."

She worked on a number of projects, including the campaign to protect policyholders of failed insurance company Equitable Life. This was followed by the post of director-general for insurance and lifestyle group, Saga, between 2010 and 2013, before returning to government.

This time, under a Conservative-led administration, she took on the role of business champion for older workers in 2014. "I've long talked about the importance of working later, and there has been a lot of support from the media and companies. It has benefits for both the employer and employee. There is a real skills shortage, so working longer benefits the employer. But for the employee it can mean greater income, health benefits and a better work-life balance as people look to ease their way into retirement."

On the government's recent pension freedoms, Altmann is positive. "I welcome any changes that give consumers more choice," she says. On Pension Wise, the government's new service to help consumers navigate their way through their new-found freedoms, she says: "If only we had Pension Wise years ago, we would have had less people locking into annuities offering poor value." However, she acknowledges that the guidance scheme is not the same as advice: "Pension Wise will point consumers to advice if they think they need more help, although I think there is a general lack of understanding of what financial advice means. Commission has sullied the word 'advice', and it has made people think it should be free. Really we need to redefine advice, and give it a new name." She believes the new guidance service will help people see what they get for free, and what they might want to pay for advice. On the topic of protection needs, I ask what she would say to those who believe there is even less motivation for consumers to seek advice in this area. Altmann says: "Auto-enrolment has worked for pensions, and I think we need to add financial education into this process to get people to think about their wider financial needs, such as protection. We should also consider incentivising employers to pay for advice too."

As actuaries are heavily involved with pensions and insurance, I ask Altmann what more we should be doing as a profession. "I think it's important to really understand the consumer and how they work," she says.

Reflecting on the meeting with members of a failed pension scheme that had brought the issues to life for her made me wonder if we, as a profession, take enough time to meet with pension scheme members and customers. In terms of developing new financial solutions, she says: "One size does not fit all - which has been a problem with annuities. Instead, we need a more flexible approach, moving away from products themselves and more to solutions and services." Altmann points to the importance of the family unit that she mentioned in her earlier speech and how we could create retirement and care solutions built around a family.

Before she gets ready to return to the unfolding events of election day, I ask about her priorities should she be appointed as a minister. "If I am asked to take on the role of minister for consumer protection, then I want to kickstart financial education, and improve fairness and transparency," she says. She remains critical of financial firms for often hiding away details like charges.

Altmann concludes: "The interests of industry are bound up with the best interests of consumers. So by investing in customer care and engagement, the financial services industry will create better long-term businesses."

As election day unfolds, it becomes clear from the exit polls that the results are not what most people expected. With their slim majority, the Conservatives of course have more freedom to appoint ministers than in any coalition.

In light of this, I speak with Altmann again a couple of days after the election. She confirms that David Cameron has just offered her the role of minister of state for pensions. She comments: "I will do my utmost to make pensions work better for people. Both state and private pensions have been radically overhauled in the recent past, but there is more to do to settle the final details and make sure that people can plan properly for their retirement."

This article appeared in our June 2015 issue of The Actuary.
Click here to view this issue
Filed in
06
Also filed in
Interviews
Topics
Pensions