Changing the face of insurance

Adrian Gore, founder and group chief executive of Discovery, explains to Richard Purcell why life and health insurance should be about more than just protecting people, and calls for a step change in the way we think about wellness 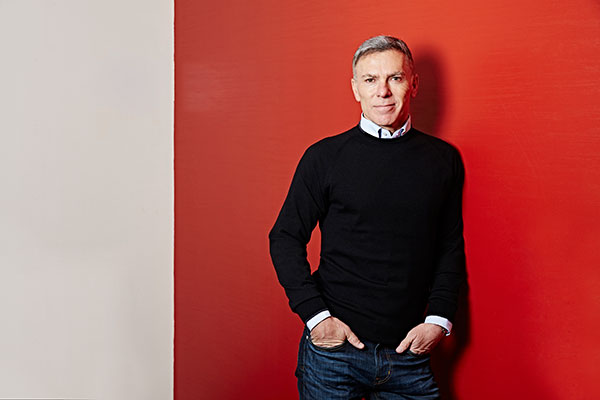 During his recent visit to London, I catch up with Adrian Gore to get a better understanding of the man behind Discovery - a business he started from scratch in 1992, amidst a period of significant political and social change in South Africa. Today it has more than 4.5 million customers, 10,000 employees, and numerous operations around the world.

We begin by discussing his early career, and what the appeal was for him of an actuarial route. Gore explains that, not only did it seem to offer significant potential in a post-Apartheid South Africa, but an actuarial career also provided a way to apply maths within an institutional context, and so ultimately contribute to wider social change in this new era.

Working as an actuary, Gore eventually became convinced that there was a much better alternative to the traditional healthcare models in South Africa. He tells me: "By law, medical aids were mutual societies with no outside shareholding. There was enormous scope for innovation in what had become a static industry." Gore's thinking was that it was time for medical aid and health insurance to coalesce. The post-apartheid South African environment was full of considerable challenge and required solutions to real societal problems. Healthcare was a key example.

"South Africa had both a shortage of doctors and a high quadruple medical burden - HIV, underdevelopment, lifestyle-related diseases and injuries."

By then, changing legislation meant that private health insurers moved to an egalitarian system of community rating without mandatory enrolment, creating considerable potential for adverse selection and higher medical inflation. As Gore tells me: "Discovery was born out of bringing actuarial principles and sound financial management to the market, in particular, a focus on demand-side management - making people healthier."

This mantra of making people healthier really came to life when, a few years after founding the business, the 'Vitality' programme was created - Discovery's incentivised wellness methodology. "The concept," says Gore, "was simple - to help people improve their health and wellness, therefore helping to prevent illness."

By managing the risk of illness it also provides an actuarial surplus which can be used to fund incentives that can modify unhealthy behaviour and further reduce the risk of illness - creating a virtuous circle - and a unique, dynamic model to price life and health insurance.

In addition, by providing value to both the sick and the healthy, Vitality helps keep the risk pool intact. "It's this shared value model - good for members, Discovery and society at large - that has been at the cornerstone of Discovery's growth."

Having created a successful business in South Africa, Gore and his team set their sights on international growth, by repeating and scaling the shared-value insurance model. Although entrepreneurial in nature, his more considered actuarial side comes to the fore on the topic of expansion. He advises that "a very careful approach of growing organically is key to repeating the model effectively".

Gore doesn't underestimate the challenges of entering new markets. "Discovery's strategy has relied on joint ventures with established local players, who contribute their brand, distribution and local market expertise in exchange for Discovery's intellectual property around behavioural insurance design." Working with the likes of John Hancock in the US, Ping An in China, AIA in Southeast Asia and Generali in Europe has taken Vitality to new markets.

When it came to the UK, Discovery formed a joint venture with Prudential to create PruHealth in 2004 and PruProtect in 2007. Following a deliberate strategy to acquire full ownership and build a replica of the South African Health and Life integrated model, Discovery bought out the vehicle in 2014, and the UK business was subsequently renamed Vitality, after the programme.

While others might look at the UK and see an un-exciting mature insurance industry, the Discovery team sees an opportunity to disrupt a large and highly commoditised market with a new dynamic model. Gore says: "If you believe the risk of illness is linked to behaviour, then this requires a dynamic model. With controllable lifestyle diseases like cancer becoming increasingly prevalent in developed markets like the UK, the shared value, behavioural insurance model is ideally suited to change the market."

Another cornerstone of Discovery's success is innovation. Creating a culture of innovation is something many companies aspire to, but Gore believes "it's easier when you have an innovative business model at the core of the business". On the question of what innovation looks like, he says: "It's not about having lots of ideas, but about focusing on a problem and immersing yourself in it. This is when new ideas really evolve, and it requires a highly disciplined approach to explore them fully."

I ask Gore about the benefits of an actuarial qualification. He firmly believes the discipline of studying prepares you for a life of learning and a great career; and that being an actuary provides a powerful foundation for a career built on confidence and credibility.

On the future role of actuaries, he sees a new world of big data emerging - one in which it's crucial to have more statistical training than we currently do. However, he believes that actuarial skills are wasted if we're just "boxed in" to technical roles. He adds: "The real opportunity for actuaries is to not just understand complex ideas but to communicate them." Actuaries who can bring together technical and marketing concepts will - in his opinion - have a unique contribution to make.

Putting wellness on the agenda

When I ask Gore the one thing he would request of governments, he talks of greater focus and collaboration. "Wellness was not a widely held concept when we developed the Vitality programme in 1997. But today there is much talk of it and companies are paying more attention to it. Even the NHS recognises the value of prevention in reducing the future growth in its own costs."

Gore believes there is still a long way to go to promote the importance of wellness. He believes the key is having some standardisation of what wellness means.

"We know employees are the greatest asset for so many businesses. So with employee wellness having a proven impact on productivity and hence the bottom line, wellness needs to be better understood by businesses and even rating agencies."

Gore talks of a more standardised way to measure the quality of wellness and benchmark accordingly, creating the focus required to drive healthier behaviours. Much like disclosure has brought about change to remuneration and diversity; he tells me that Discovery, through its research and policy commission in the US - The Vitality Institute - is already calling for a change in global accounting standards to include disclosure on wellness indicators in company reporting.

Although Discovery has only been around for 20 years, I ask Gore what he believes the next 20 will hold for society and insurance. "Consumers are changing" he says, "and with them their expectations, for example, that businesses fulfil their civic responsibility by doing good through doing business."

He believes insurers will still have a role to play, but need to engage with consumers to survive and prosper. He sees technology playing a larger role and cites wearable devices as an example of a technology not yet being fully utilised by the industry.

Lastly, I ask Gore what success looks like for him and Discovery. "It's not just about the growth and scale of the business, but demonstrating how it has changed the lives of millions of people by helping them to improve their health."

This article appeared in our May 2015 issue of The Actuary.
Click here to view this issue
Filed in:
05
Also filed in:
Interviews
Topics:
General Insurance