In light of UK pensions reform, Hilary Salt offers advice on how actuaries should explain to people the complexities surrounding their life expectancy 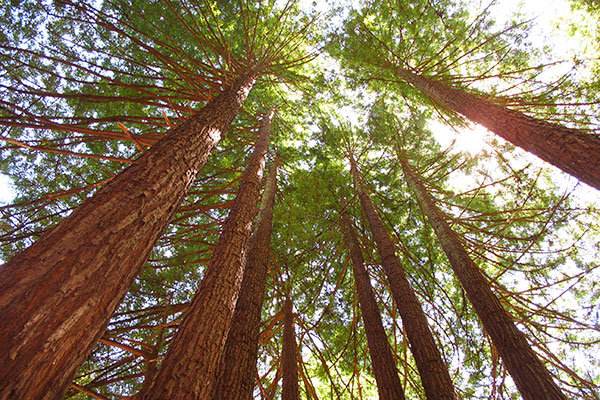 "An annuity is a very serious business; it comes over and over every year, and there is no getting rid of it" - this is the view of Jane Austen's cold-hearted Fanny Dashwood. But the responsibility of drawing down an income without the comfort of an annuity is perhaps even more serious.

Taking effect imminently in the UK are wide-ranging reforms to the way income is drawn from defined contribution (DC) arrangements and it is clear there is already a movement away from buying annuities.

Pensions minister Steve Webb has said that people should be given information on their life expectancy as part of the guidance provided at retirement. But how can actuaries help to explain the uncertainties and complexities surrounding longevity?

These are a few thoughts to help actuaries approaching this communication.

As actuaries, we are comfortable concentrating on mean life expectancies when thinking about the duration of a collection of liabilities.

When talking to individuals, there are strong arguments that the figure should be the median and not the mean. Explaining that, of 100 people like the member, 50% are expected to die before age 90 and 50% are expected to live beyond 90 is probably more easily grasped - and lends itself to further explanations in pictures.

But for individuals, averages are not really helpful. If an individual assumes they will live for the average life expectancy, they are as likely to run out of money as to have surplus cash left at the end. So a single figure life expectancy number is probably very unhelpful to them. The later section about pictures shows how expected ranges might be incorporated into advice.

The mortality table to use is not obvious.

It may be possible to say that, in the short term at least, the mortality of those with DC pots will be similar to members of defined benefit schemes whose mortality underlies the S1 and S2 tables and to those who would previously have purchased an annuity. After all, these people will generally be members of an occupational pension arrangement.

But as time passes and auto-enrolment takes hold, the pool of people who will have DC pots to spend will broaden. Given that many may not have a relationship with a pension scheme or provider once they enter drawdown, the collection of mortality statistics for these individuals will become more difficult. It may make more sense to move to using a whole population table with some adjustment. In the same way that we need to think about median expectancies, our focus should be on lives-weighted tables in future, rather than amounts-weighted. 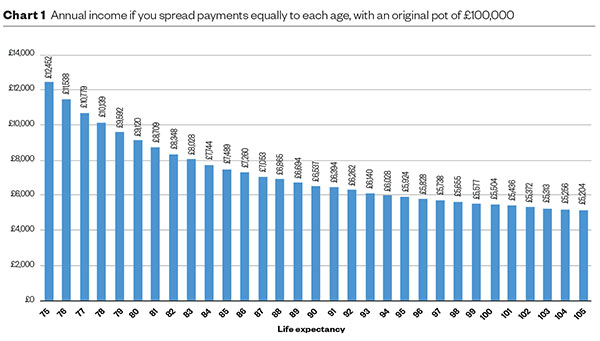 Conversation with a member

"You have a large cash sum available and to work out how much you might spend now and how much you need to save for later, you need to have an idea of how long you might live. Unfortunately (or perhaps fortunately), it's never possible to say how long you will live for. Even if we allow for all the factors we know affect life expectancy - things like your smoking status - there is always an element of chance left over. And we also need to bear in mind that while we know rates of mortality for current 80-year-olds, we don't know how these will change in the period between now and when you reach 80. So the best we can do is give you a range of ages for your projected life expectancy. If we show them in a graph, it will look like this (Chart 2): 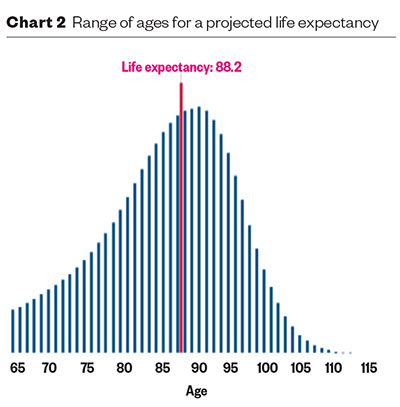 "Your median life expectancy is age 88 - that means that if you imagine 100 people your age, 50 of them will die before 88 and 50 of them will die after 88. So spreading your money over the period to age 88 won't necessarily give you the right amount of annual income. In fact, going back to those 100 people, just under six can expect to live to age 100. So if you want to be 94% sure you'll have enough money, you need to spread your payments over a period to age 100.

"The more certain you want to be that you will never run out of money, the longer you need to assume you'll live for. But bear in mind that, at the highest ages, your state pension might be sufficient without any top up from your private pension savings. "The slider (Chart 3) allows you to play around with different levels of certainty. For example, if you want to be about 75% sure you won't run out of money, you need to assume you'll be here until the age of 94. 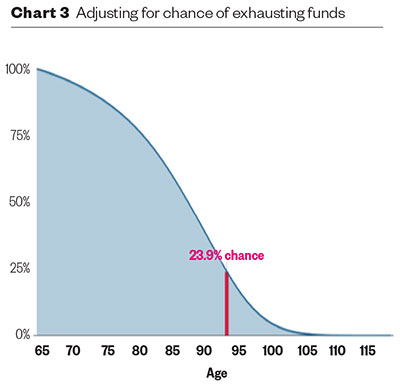 "If you use the 75% chance of having sufficient money to see you through, you would plan to draw down around £6,000 per year.

"It's worthwhile re-doing this exercise every few years - looking at your current pot of money and thinking about how to spread it over the future - to make sure you are still on track."