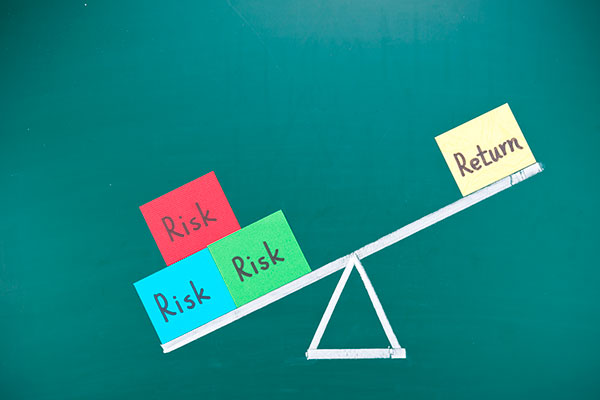 Defined benefit pension scheme investment committees should be setting their risk appetite to ensure the security of member benefits. Many feel that Value at Risk (VaR) analysis is enough to indicate that scheme risk is at a suitable level in relation to accounting or market-based measures of currently available sponsor support. However, VaR has some fundamental shortcomings. It measures funding level risk, not losses that might actually be experienced by the scheme. Its definition depends on an arbitrarily chosen time period. It does not address the fact that sponsor support is itself uncertain.It's time to upgrade VaR to a tool that provides a more precise measure of the security of member benefits.

VaR is a useful measure that can assist understanding of the risk a scheme is taking. Having a monetary idea of what might be a good or bad outcome for the scheme over certain time horizons is no bad thing. But how does a scheme go about translating a measure describing potential changes in the funding level into losses to member benefits? Changes in the funding level will change the size of a loss, but rarely create one. As VaR does not capture true losses, any monetary values it offers are somewhat misleading.

So what influence is responsible for creating a loss to a scheme? It's the sponsor covenant. Default of the sponsor will cause a section 75 debt to be crystallised, most likely resulting in a loss to member benefits. In sponsor insolvency the pension scheme is rarely able to fully recover its debt as it is left fighting over scraps after secured creditors have had their share.  On the other hand, a solvent sponsor has the potentially tricky task of funding ongoing contributions should the deficit increase. Particularly in situations where the scheme is large relative to its sponsor, scheme default is a distinct possibility - where the sponsor is unable to fund the scheme sufficiently and there is no hope that the scheme may fund its liabilities. Again this would result in a loss to member benefits. It is the sponsor's inability to repair future deficits, either because it defaults or because it can't afford to do so, that results in a loss to member benefits. Sponsor covenant should therefore be at the heart of investment policy decisions.

VaR is an output from an asset and liability model, a stochastic model producing simulations out into the future of a multitude of factors affecting a scheme: equity prices, interest rates, inflation, and mortality to name the key drivers. But typical ALMs have no allowance for covenant, so it is difficult to see how VaR could be translated into a loss to member benefits. Without consideration of sponsor covenant, even highly sophisticated investment models cannot be deemed satisfactory for setting risk appetite. What is needed is a representation for the sponsor, incorporating probability of default, affordability of contributions and recovery analysis. What is needed is a stochastic model for the sponsor, integrated with the ALM.

Unfortunately, stochastic models are much less widely developed or used in corporate modelling space. In the absence of such technology, most of the focus has been on short-term analysis of deterministic cash flow forecasts, insolvency exercises using today's balance sheet, and the use of credit ratings to imply default likelihood. While these metrics are the first few building blocks for estimating losses to benefits, pension schemes have liabilities stretching out for decades. In terms of estimating the full security of member benefits over the life of a scheme, standard corporate analysis is severely underpowered.

Attempting to analyse affordability using a standard short-term approach inevitably brings VaR back to the table. The vogue has been to compare some carefully chosen measure of sponsor resources with one year VaR to test whether the sponsor can deal with all but the worst asset and liability outcomes. The obvious question to ask is why one year appears to be so special. Relying on an arbitrarily chosen time period, which bears no resemblance to the timescale of the problem, should feel disconcerting. The second problem is that sponsor resources are not in fact deterministic, so while the sponsor may in its latest set of audited accounts have the resources to cover 95% of funding outcomes, this is of course subject to change. This problem is compounded by correlation between sponsor performance and the scheme's funding level. In economic conditions where the deficit has increased drastically, it is likely that the sponsor will be under increased pressure and resources will be more tightly controlled. The default probability conditional on these economic conditions may also be increased. The uncertainty of future sponsor resources and this correlation means that VaR analysis creates false confidence that the sponsor will be able to deal with all but the worst outcomes.

Integrating ALM with a stochastic model of the sponsor

The approach we advocate integrates a simulation of sponsor resources available to repair deficits and a sponsor default overlay, in conjunction with the scheme ALM, to provide a full distribution for potential losses to member benefits. This new distribution is interpreted using the same statistical techniques that are used to examine funding levels. Focusing on the worst possible losses is equivalent to VaR; however, as typical VaR analysis only produces funding outcomes ignoring the sponsor, it can only ever get you to an intermediate position. The integrated solution is a big step forward as it gets you to the final answer.

A stress test, in which the sponsor is analysed under poor economic scenarios, can of course be done without the use of stochastic modelling. Indeed it is good practice to do so. However the stochastic model is a much better tool for combining all the pieces and moving parts into a single framework, which produces the desired metrics describing losses to member benefits. An integrated approach combines expert opinion and qualitative assessment of risks to the sponsor with a model's ability to quickly provide a very wide range of potential scheme and sponsor scenarios.

Once this toolbox is at the scheme's disposal, investment policy can be set in the knowledge that all key risks posed to the scheme are being represented, and the answers properly reflect the security of member benefits. You can test the extent to which sponsor support covers off-scheme risk and evaluate losses to members when it doesn't. You can apply event driven or economic stress tests to analyse downside scenarios in more detail. You can see how de-risking plays out if the sponsor underperforms and the scheme struggles to get the required returns to achieve its funding objective.

Risk appetite is about the security of member benefits, and should not be based on an incomplete, short-term view of the world.

Alex Barrell is an associate at Gazelle Corporate Finance Ltd

This article appeared in our March 2015 issue of The Actuary.
Click here to view this issue
Filed in
03
Topics
Risk & ERM